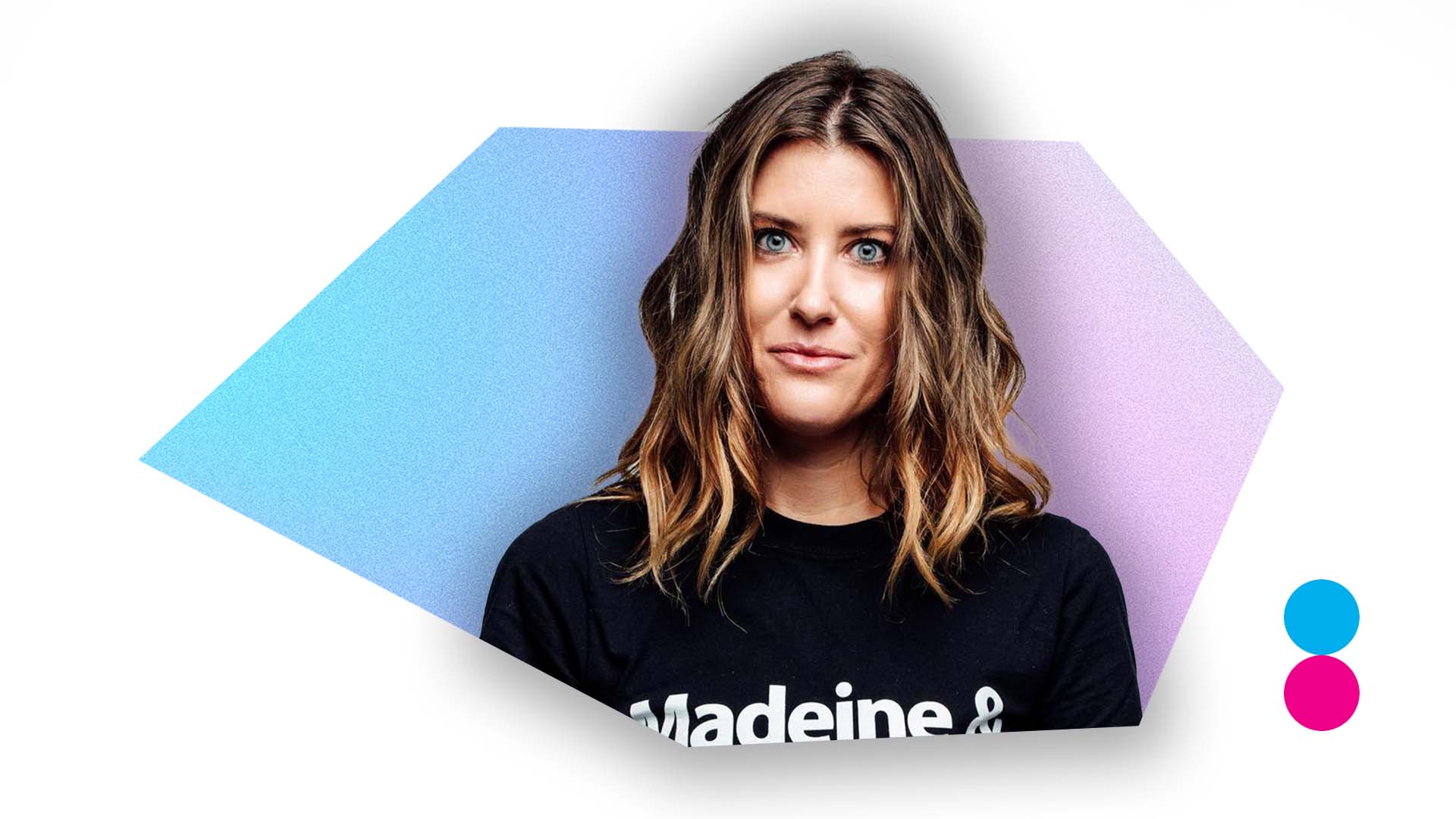 The ABC needs to be seriously investigated.

The ACON subscribed taxpayer funded broadcaster has been caught out, once again, favouring trans activists while silencing women’s voices.

Business owner Sall Grover, who runs the females-only Giggle app, was scheduled to speak to the ABC about how the proposed Queensland self-identification laws could be harmful to women.

“The taxpayer funded broadcaster has a responsibility to present news and current affairs in a balanced and unbiased way,” she said.

“They have failed dismally on both counts.

“The self-identification laws will be very detrimental to women and public debate is required on publicly funded platforms to inform from all sides.

“Too many people are unaware of what is at stake because the ABC is so beholden to ACON and the promotion of the trans narrative.”

Sall won’t go quiet, she has complained to the ABC and you can read the letter of complaint below: 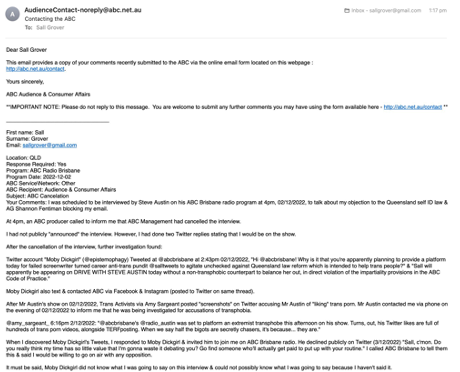 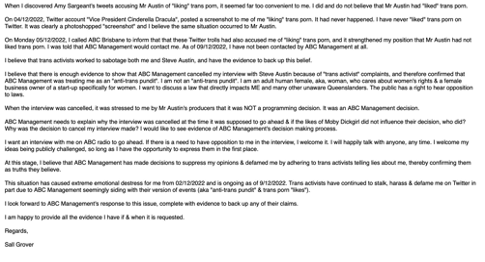 I was scheduled to be interviewed by Steve Austin on his ABC Brisbane radio program at 4pm, 02/12/2022, to talk about my objection to the Queensland self ID law & AG Shannon Fentiman blocking my email.

At 4pm, an ABC producer called to inform me that ABC management had cancelled the interview.

I had not publicly “announced” the interview. However, I had done two Twitter replies stating that I would be on the show.

After the cancellation of the interview, further investigation found:

Twitter account “Moby Dickgirl” (@epistemophagy) Tweeted at @abcbrisbane at 2:43pm 02/12/2022, “Hi @abcbrisbane! Why is it that you’re apparently planning to provide a platform today for a failed screenwriter turned career anti-trans pundit @salltweets to agitate unchecked against Queensland law reform which is intended to help trans people?” & “Sall will apparently be appearing on DRIVE WITH STEVE AUSTIN today without a non-transphobic counterpart to balance her out, in direct violation of the impartiality provisions in the ABC Code of Practice.”

When I discovered Moby Dickgirl’s Tweets, I responded to Moby Dickgirl & invited him to join me on ABC Brisbane radio. He declined publicly on Twitter (3/12/2022) “Sall, c’mon. Do you really think my time has so little value that I’m gonna waste it debating you? Go find someone who’ll actually get paid to put up with your routine.” I called ABC Brisbane to tell them this & said I would be willing to go on air with any opposition.

I believe that trans activists worked to sabotage both me and Steve Austin, and have the evidence to back up this belief.

I believe that there is enough evidence to show that ABC Management cancelled my interview with Steve Austin because of “trans activist” complaints, and therefore confirmed that ABC Management was treating me as an “anti-trans pundit”. I am not an “anti-trans pundit”. I am an adult human female, aka, woman, who cares about women’s rights & a female business owner of a start up specifically for women. I want to discuss a law that directly impacts ME and many other unaware Queenslanders. The public has a right to hear opposition to laws.

When the interview was cancelled, it was stressed to me by Mr Austrin’s producers that it was NOT a programming decision. It was an ABC Management decision.

ABE Management needs to explain why the interview was cancelled at the time in was supposed to go ahead & if the likes of Moby Dickgirl did not influence their decision, who did? Why was the decision to cancel my interview made? I would like to see evidence of ABC Management’s decision making process.

I want an interview with me on ABC radio to go ahead. If there is a need to have opposition to me in the interview, I welcome it. I will happily talk with anyone, any time. I welcome my ideas being publicly challenged, so long as I have the opportunity to express them in the first place.

At this stage, I believe that ABC Management has made decisions to suppress my opinions & defamed me by adhering to trans activists telling lies about ,e, thereby confirming them as truths they believe.

I look forward to ABC Management’s response to this issue, complete with evidence to back up any of their claims.

I am happy to provide all the evidence I have if & when it is requested.