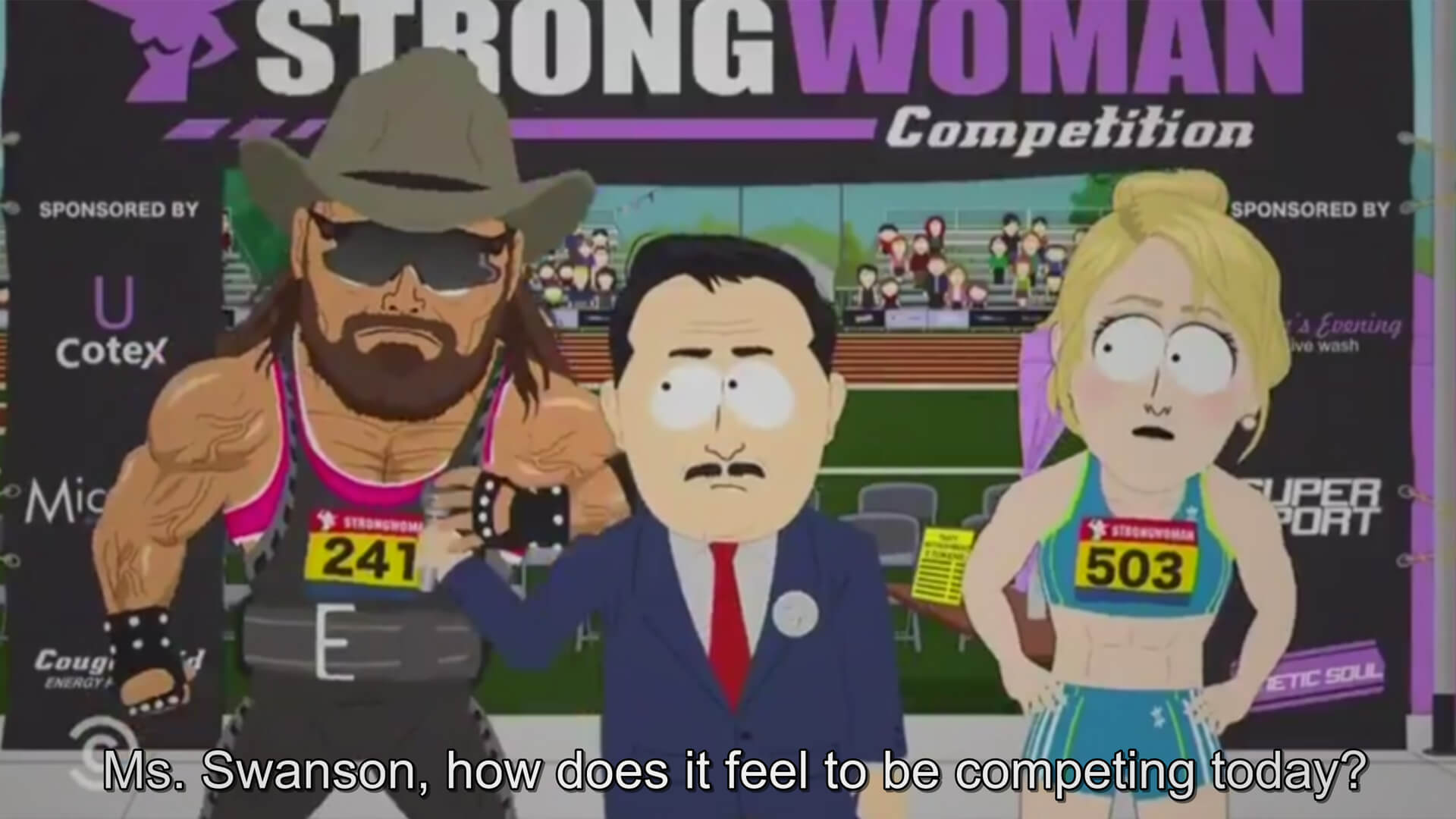 South Park, an irreverent animated television show, is renown for mocking religion, feminism, Islam and a large range of ideologies. Transgenders in sport is their latest target.

You could be mistaken for thinking it is extreme, but unfortunately it is true.

In this episode, a sports reporter is interviewing an obviously strong, and successful, female athlete. She says she hasn’t met the trans competitor but welcomes her to the competition. The character goes on to share how excited she is to be a part of history and accuses the reporter of being bigoted for describing the transgender athlete as not your ‘average transgender’ competitor.

The laughs begin when ‘she’, the trans competitor, enters. ‘She’ is a big, burly, bearded cowboy who wants to simply tear into the female competitors. What ensues would be hilarious if it weren’t so close to the truth.

The transgender character, Heather Swanson, says in a very masculine voice, “I can’t tell you how free I feel. Now that I’ve started identifying as a woman. Now I can compete as female I am ready to smash the other girls….I’m gonna roll up the other women here and I’m gonna smoke ‘em.” And of course, that is exactly what he does.

You can laugh, but unfortunately it is actually happening. Males who identify as females in sport can pose a real threat to female competitors. They are often stronger, faster and fitter than their female counterpart.

Athletes have already suffered serious injuries due to males participating as women.

Fallon Fox, a male identifying as a woman, broke his female counterparts eye socket and fractured her skull in a mixed martial arts match.

A UK Rugby player folded his female opponent like a deckchair.

At the very least it is unfair with males who identify as women having a much greater advantage.

Selina Soule missed out on a scholarship opportunity because two male athletes finished ahead of her in a female race.

“Males identifying as females in sport is ludicrous and dangerous. The creators of South Park have highlighted very real concerns in this space.”

“All ideologies must be subject to critical analysis and satire. These are great tests to determine whether they can stand up under the scrutiny. Radical gender ideology fails the tests of reason, scientific fact, common sense and decency.”