The tide is turning around the world in regard to the safety and effectiveness of puberty blockers for gender confused youth.

Activists, until recently, had been extremely successful in promoting the false narrative that puberty blockers are entirely safe and fully reversible. Despite no long-term studies, and off-label use, gender clinics around the globe have been prescribing them profusely.

New Zealand is the latest country to make a subtle, but significant change, in the language used about puberty blockers. 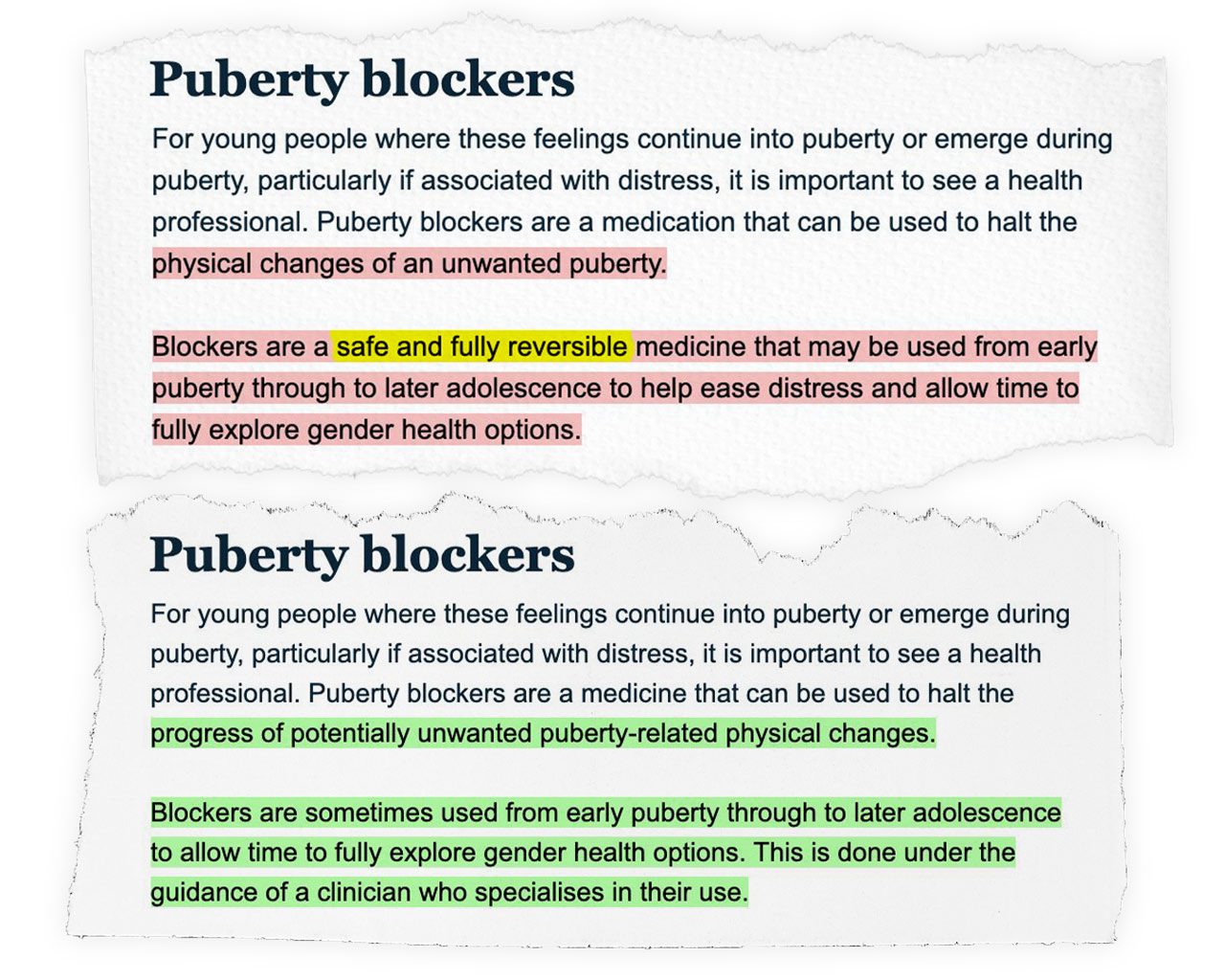 Up until last week the Ministry of Health stated that “Puberty Blockers are a safe and fully reversible medicine that may be used from early puberty through to later adolescence to help ease distress and allow time to fully explore gender health options.”

But last Friday that advice was quietly changed by the Ministry. “Safe and fully reversible medicine” has been removed and replaced with “Blockers are sometimes used from early puberty through to later adolescence to allow time to fully explore gender health options.”

This brings them into line with Britain’s National Health Service after they withdrew the claim that the effects of puberty blockers are “fully reversible.” The Tavistock clinic was forced to close after high profile court cases and an inability to provide evidence that puberty blockers are safe and effective for long term, off-label usage.

Sweden has stopped the use of puberty blockers and cross-sex hormones for all children under 18. Finland has also prioritised psychological interventions over medicalised pathways.

The Food and Drug Administration (FDA) in the US has changed its tune too, issuing a warning about the risk of puberty blockers.

“Puberty blockers suppress the development of secondary sex characteristics and are used for adolescents in the early stages of pubertal development. As they are reversible in their effects, should an adolescent wish to stop taking them at any time, their biological puberty will resume.”

Paediatric endocrinologists in gender clinics in Australia and around the world are taking a cohort of physically healthy children and they are suppressing the puberty of these children at its earliest active stage, Tanner Stage 2.

Puberty for these children is never allowed to progress. The bodies of these children are frozen forever at this stage, even though they are growing chronologically older. Contrary to the popular belief, puberty blockers are not a “pause”.

We now know that at least 98% of children who commence puberty blockers continue along the affirmative pathway onto cross sex hormones.

The paediatric endocrinologist then takes that body, frozen at the physical state of early puberty, and masculinises or feminises that body, depending on the child’s sex.

They are creating a cohort of adults with children’s bodies, just adulterated by testosterone or oestrogen.

“There is little evidence that puberty blockers are reversible and without serious side effects,” she said.

“All clinics, especially in Australia, must stop prescribing this experimental treatment to vulnerable children.

“A watchful waiting approach has been found to be far more responsible and effective, without dreadful, irreversible side effects.”