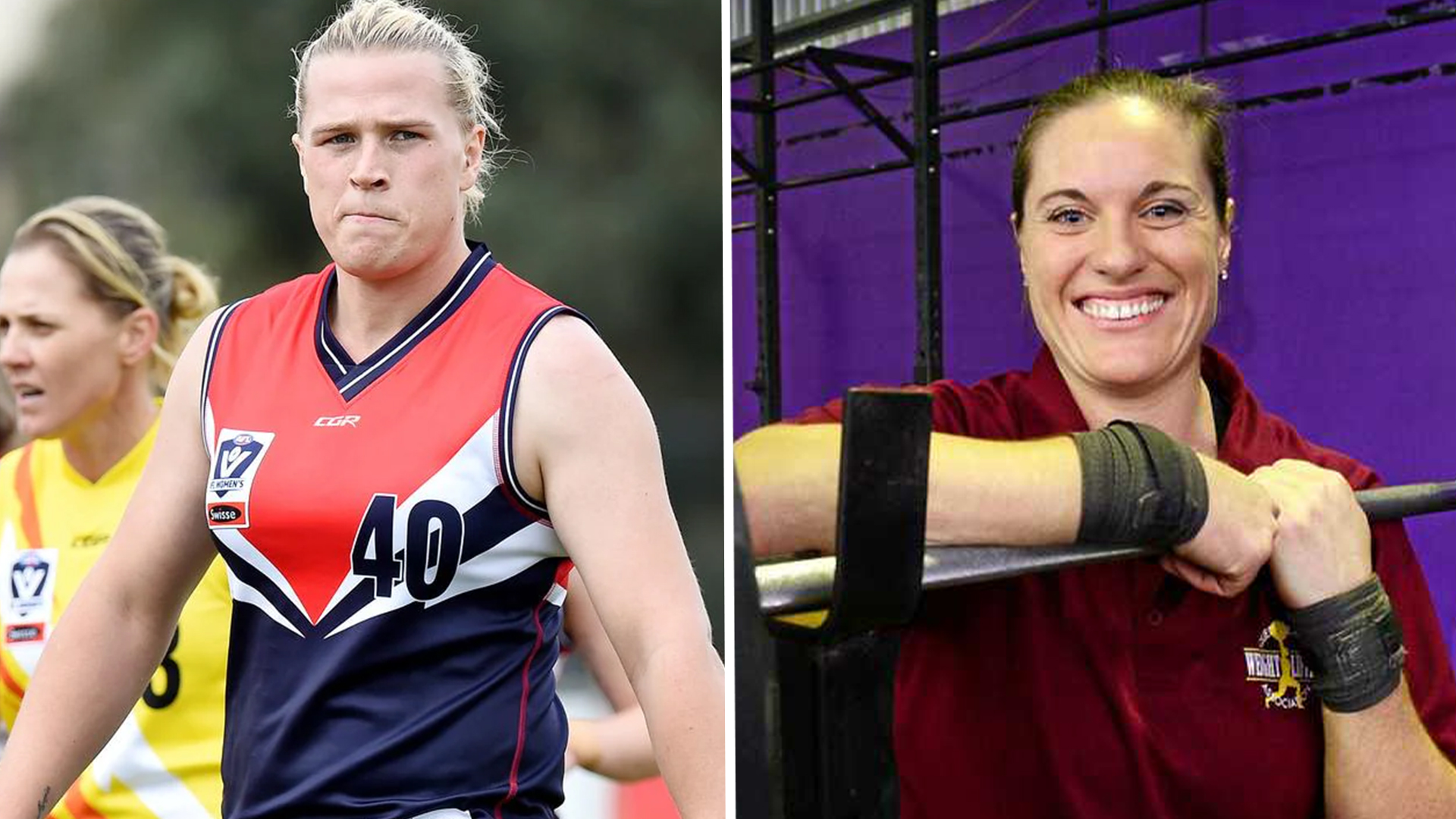 On Thursday night, the ABC aired Q+A, a live program about ethics in sport. It was entirely unethical, with white middle-aged males attempting to defend penises in women’s sport and change rooms.

When the show was first advertised they failed to include any female athletes, or a feminist view. The tax-payer funded ABC program boasted five male panellists and one female sympathiser who is an advocate for trans ideology.

Binary spokeswoman Kirralie Smith took to social media asking Q+A to include Deborah Acason to provide at least a semblance of balance. Deborah also contacted the show herself and was included for a measly few minutes.

Acason (nee Lovely) has competed in a record five consecutive Commonwealth Games, two Olympics and taken home many medals including gold. She has competed against transgender weightlifter Laurel Hubbard – a male who appropriates being a stereotype of a woman.

She was the only one on the show (via Skype) who could speak with authority but was largely ignored and disregarded.

Hannah Mouncey, an AFL and Handball player who appropriates womanhood, began the show stating that doping in sport was “unforgivable”. Yet he is a male, failing dismally to pass as female, who uses drugs to lower his testosterone. He falsely claimed that he has no advantage over his female competitors.

Twitter users were quick to point out scientific studies that prove him wrong.

No Self Id in Qld tweeted, “Here you go #qanda This should help you #factcheck Hannah Mouncey's lies”. 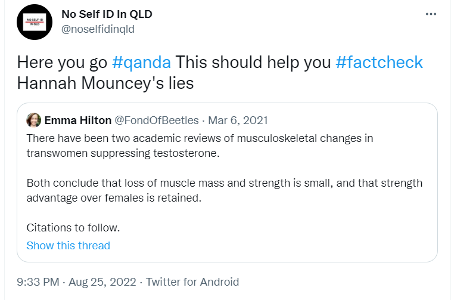 Former swimming champion Kieren Perkins insisted it isn’t a big deal. His tone was condescending and dismissive towards women and a female audience member who asked a reasonable question.

Acason was not given the opportunity to properly refute the misinformation.

Shorey commented, “Hannah's argument or attempted justification is based on the LIE that testosterone is the only valid measure between men and women when it comes to sport.

Trytoseesense asked, “#QandA How can this be journalism to allow these lies from Mouncey to be presented as facts?  This has all been debunked by studies - the biological advantage is not removed.”

Kate wrote, “Sexism in sport is alive and well in Australia with our National Broadcaster's #qanda show casing the view that males should be included in women's sport.

@ABCaustralia  get out of ACON and start showing care for women and children. #auspol”

Sall Grover, Giggle app developer tweeted, “I wonder how much time Kieran Perkins is spending ensuring that men’s sport is inclusive of women?”

All the ABC managed to deliver was a biased program that minimised and ignored the battle women face in change rooms and on the sporting field.