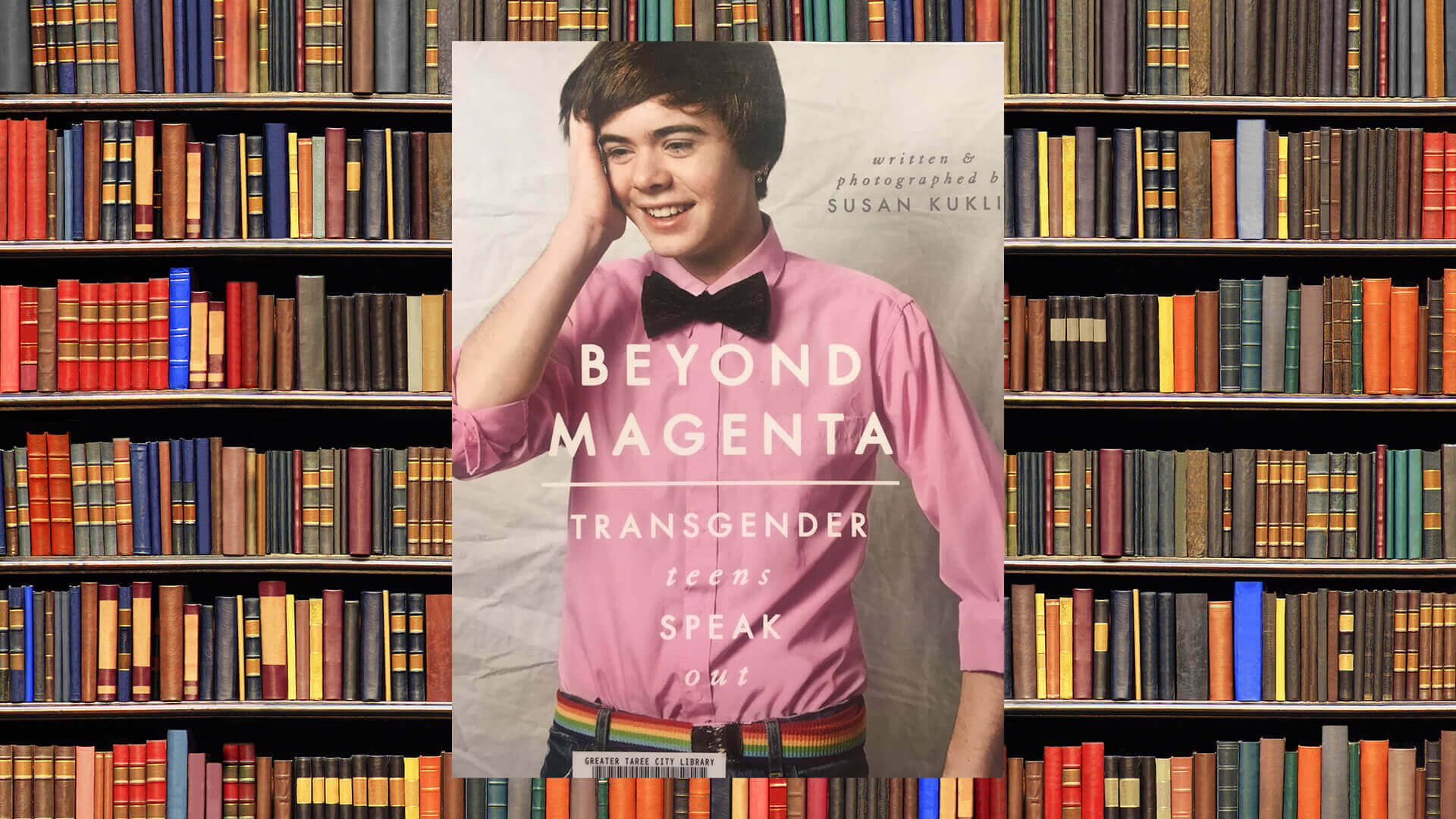 A book about transgender youth that has been banned in several countries remains for sale in Australia despite numerous complaints having been made to Australia classification authorities.  Beyond Magenta: Transgender teens speak out contains several explicit, depictions of sex acts including paedophilia but has not yet been ‘refused classification’ by the Australian government.

Two months ago, Binary invited supporters to make a submission to the Australian Office of Film and Literature Classification.

As previously reported, Beyond Magenta: Transgender teens speak out is an inappropriate, explicitly offensive book being promoted in the youth section of many libraries.

A large number of Binary supporters went to the website and made a submission. Now, the AOFLC has replied to those complaints outlining the next steps and fees required by the office in order to review the book.

“The process to request classification of this dangerous book has been frustrating and slow.”

Smith assured supporters that Binary will follow through with the classification board. “Binary is committed to resolving this issue and will pursue the board to ensure this harmful material can no longer be promoted to vulnerable youth in public libraries.”