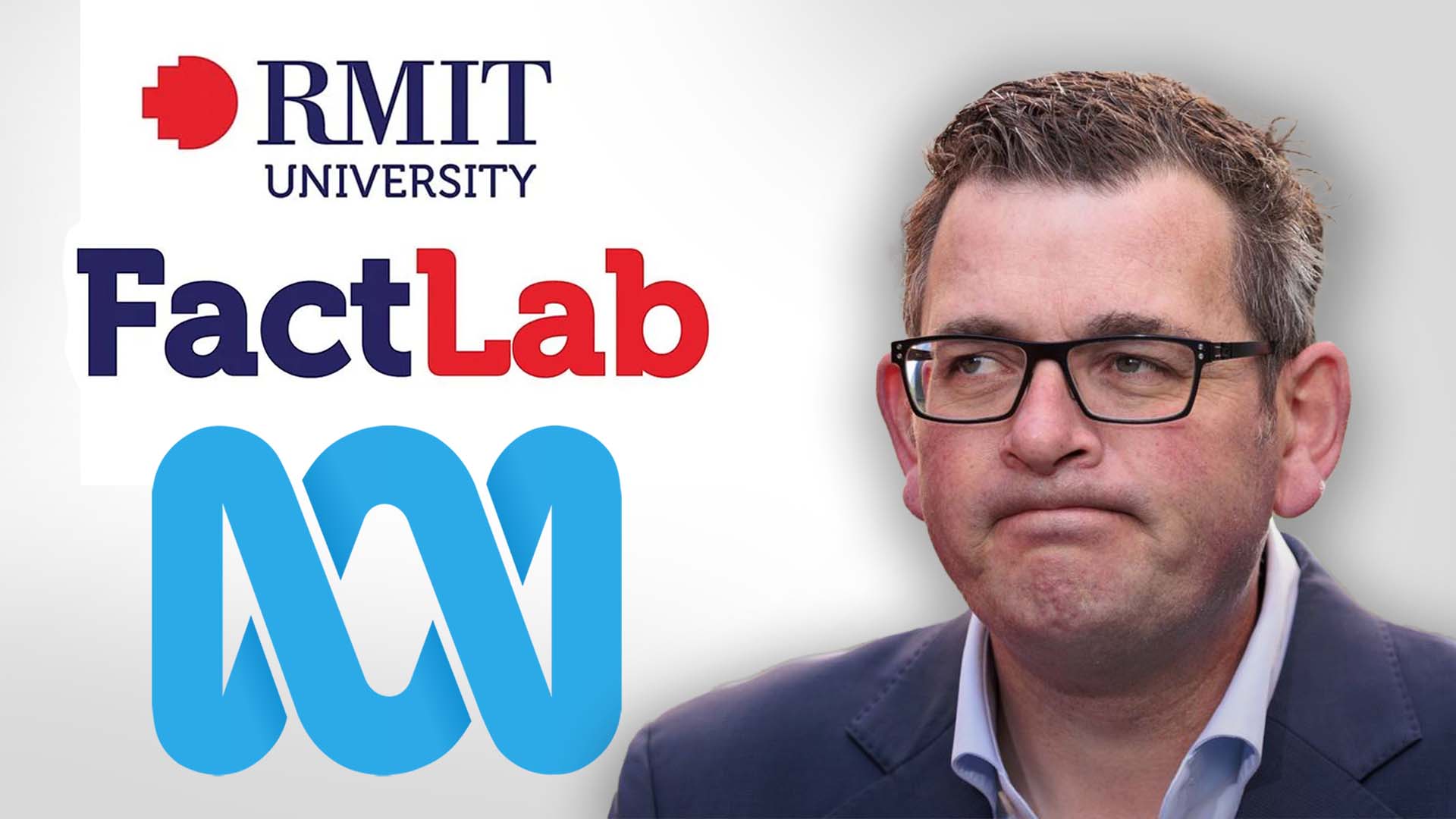 It’s time the ABC got a factcheck for publishing nonsense and lies.

Last week, they wanted to target Binary, and made up false claims about our material to “debunk”.

They fabricated a story, attributed words to us we did not say, then tried to be the hero in debunking those claims we did not make.

This is your taxpayer dollars hard at work friends.

The claim appeared in a flyer produced and distributed by the group ahead of this month's state election.

Look at the flyer for yourselves. 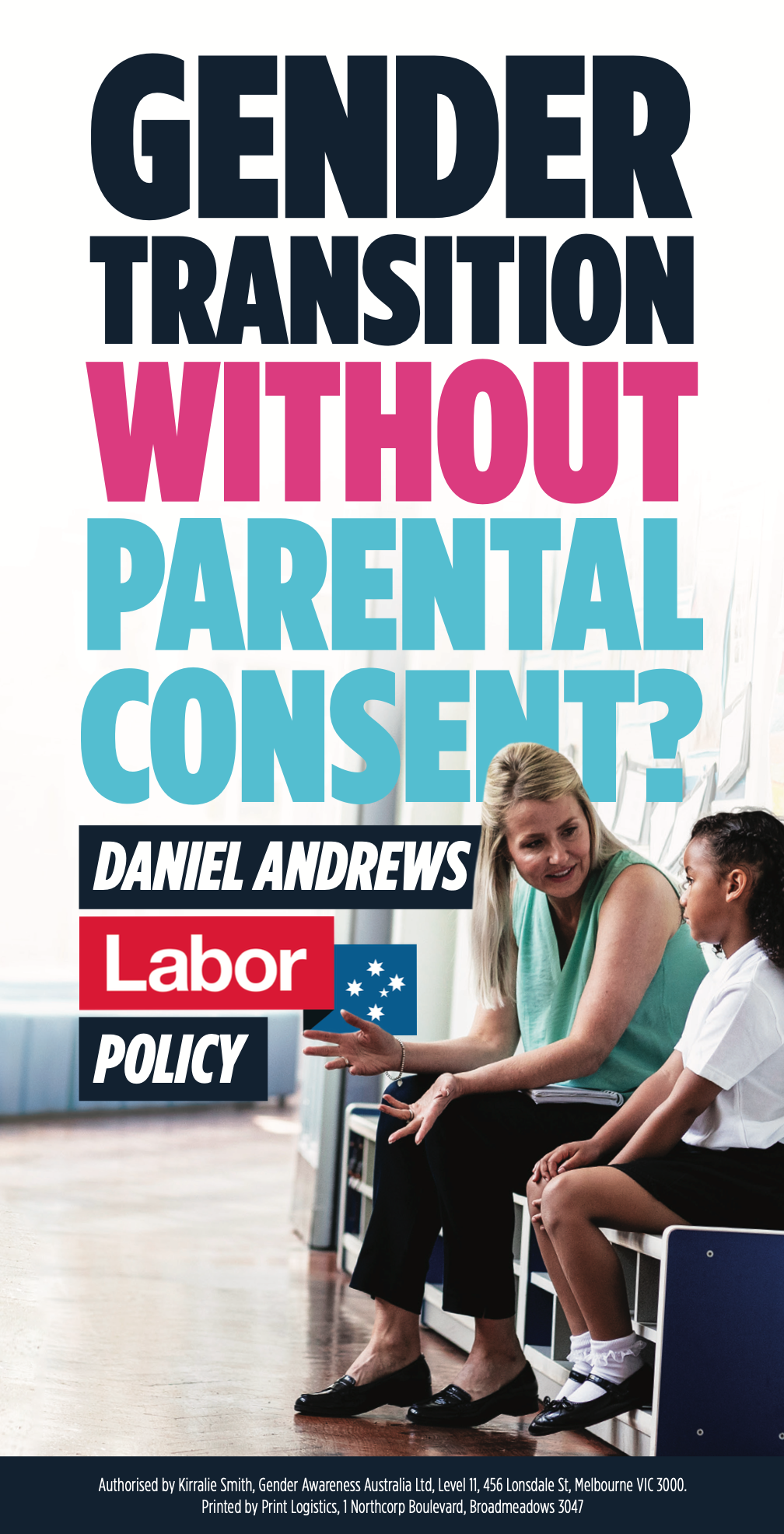 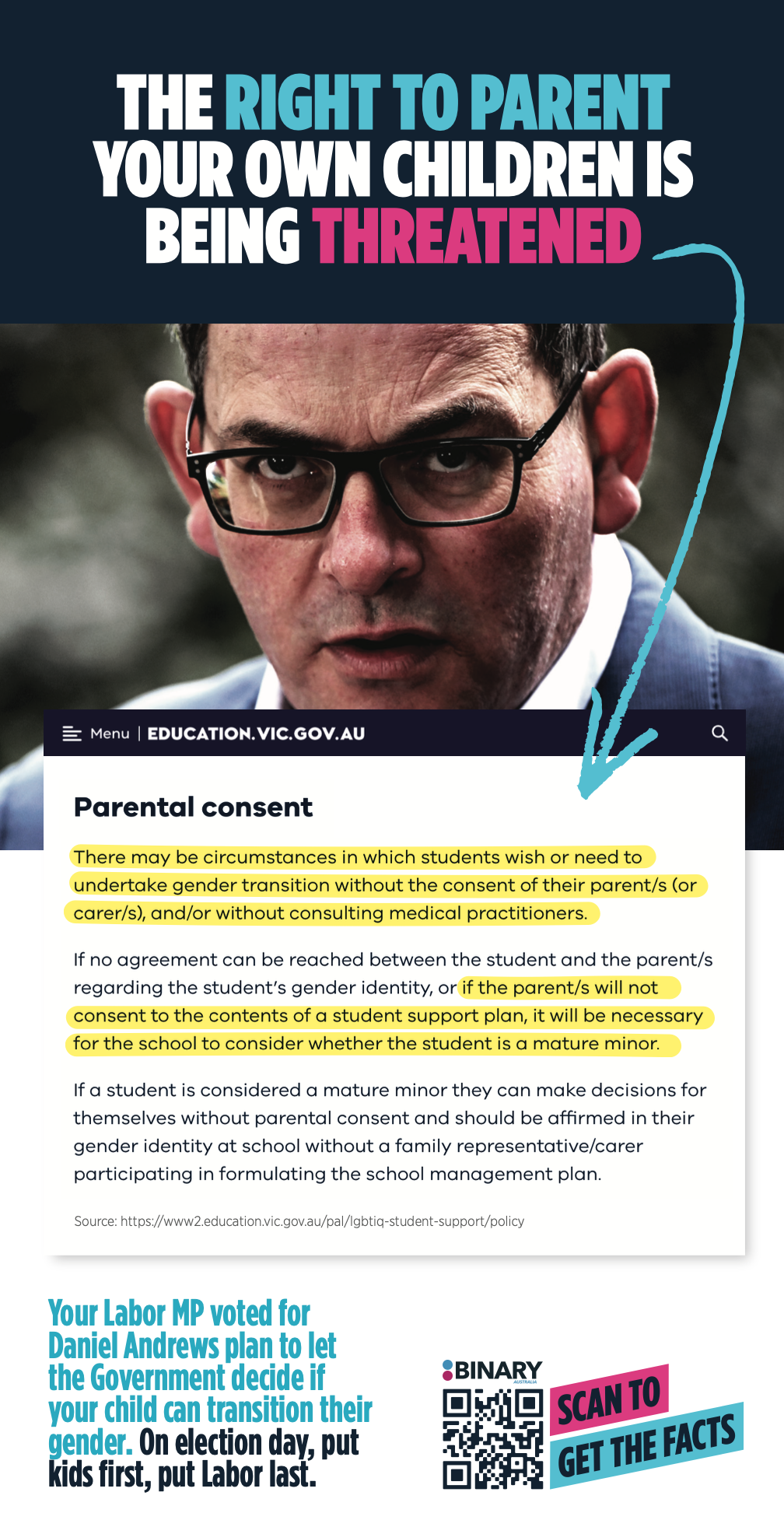 Where on the flyer exactly does it say anything about “medical treatment”?

The flyer features a screenshot taken directly from the Victorian Department of Education website. It is word-for-word from Daniel Andrew’s policy for how to deal with gender confused children in schools.

The terminology used in the policy is “There may be circumstances in which students wish or need to undertake gender transition without the consent of their parent/s (or carer/s), and/or without consulting medical practitioners.”

Those are Victorian government words, not ours.

It specifically uses the words “gender transition.” Nowhere on the flyer do we mention anything about “medical treatments.”

The CheckMate article then goes on to prove our point, revealing how schools are in fact taking the initial steps to ‘socially transition’ children, and can do so without parental knowledge or consent.

The government website listed by Binary Australia outlines the process for a student "affirming their gender identity" at school, not undergoing medical treatment.

A spokesperson for Victoria's education department told FactLab: "Our schools support trans and gender-diverse students to embrace their identity by supporting [them] to express their gender with their uniform and pronouns, and [by] training staff to create supportive spaces for all students."

Under the government's education policy, schools must work with students who are affirming their gender identity to develop a student support plan in consultation with the student's parents or carers where possible.

However, in cases where "no agreement can be reached between the student and the parent/s regarding the student's gender identity", a school can consider whether the student is a "mature minor" and thereby able to make decisions for themselves. Such students "should be affirmed in their gender at school".

The ABC and RMIT are signed up to ACON. They score points for featuring transgender content in their articles.

He said, while he had “not conducted a full audit of the ABC’s editorial coverage, the concern here is that it is not impartial but one-sided. So does the ABC believe that that’s so? And does it accept that its partnership with the lobby group ACON could be a problem?”

RMIT is a platinum performer in the ACON AWEI. The Australian Workplace Equality Index (known as the AWEI) measures how organisations score against their metrics of “inclusivity”. Every year, organisations have to submit their AWEI homework to ACON, to prove they’ve used ACONs approved version of “inclusive” practices to their workplaces.

RMIT has performed in the top 10 per cent for over five years. The ABC is a two-times gold performer in the ACON AWEI. They have won AWEI media awards two years running.

No conflict in this story what-so-ever then?

The Binary flyer delivered to 500,000 homes in Victoria is accurate. It is a direct quote from the Victorian Education policy.

The CheckMate article on the other hand fabricates a claim they attempt to debunk, but end up with egg on their faces in the process.

They in fact prove Binary is correct in our assertions. The responses on social media are worth reprinting here. 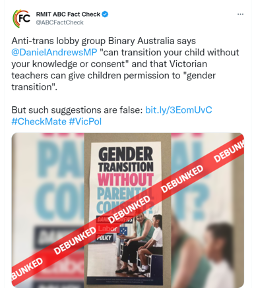 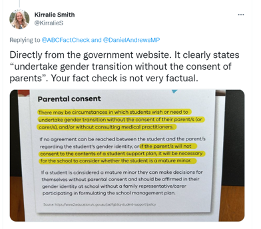 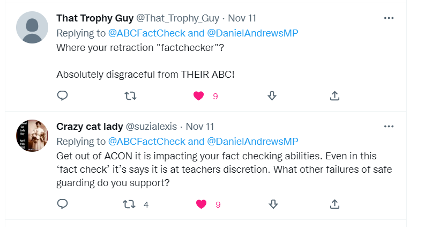 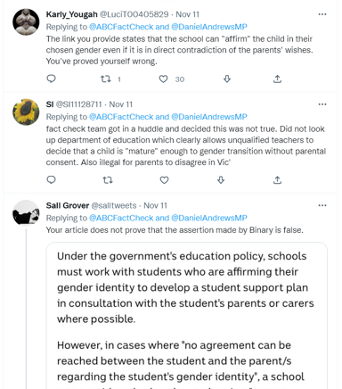 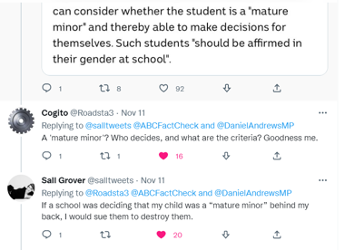 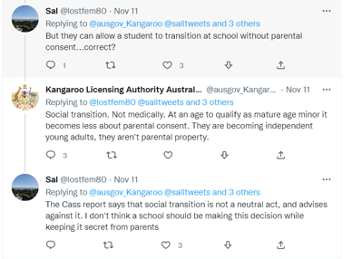 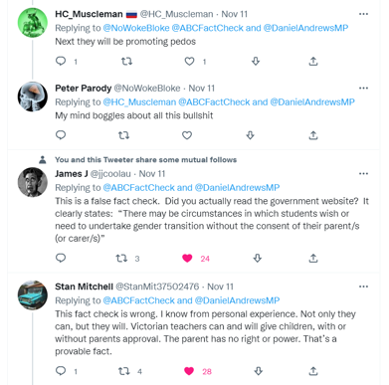 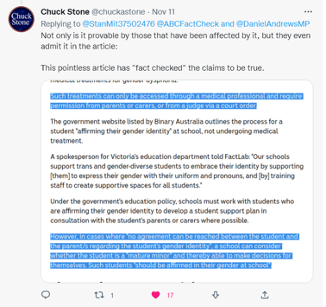 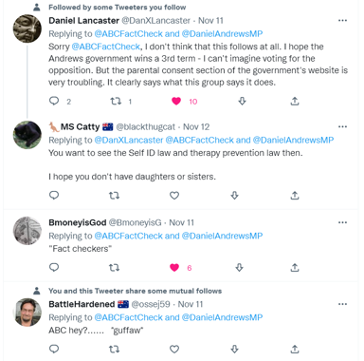 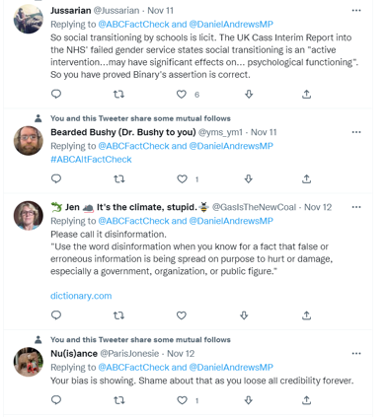 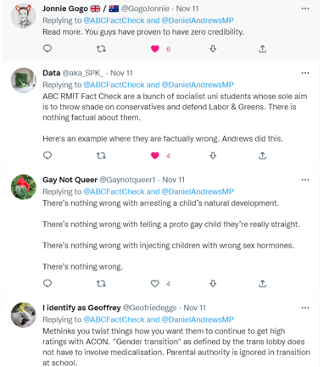 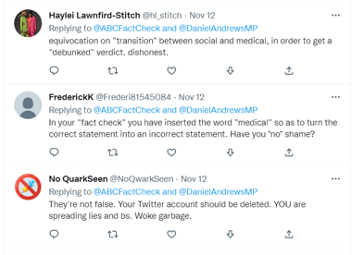 “The ABC and RMIT fabricated claims and lied about the flyer we distributed,” she said.

“They must issue a retraction and apology.

“It is unacceptable that taxpayer funded organisations can get away with false reporting.”