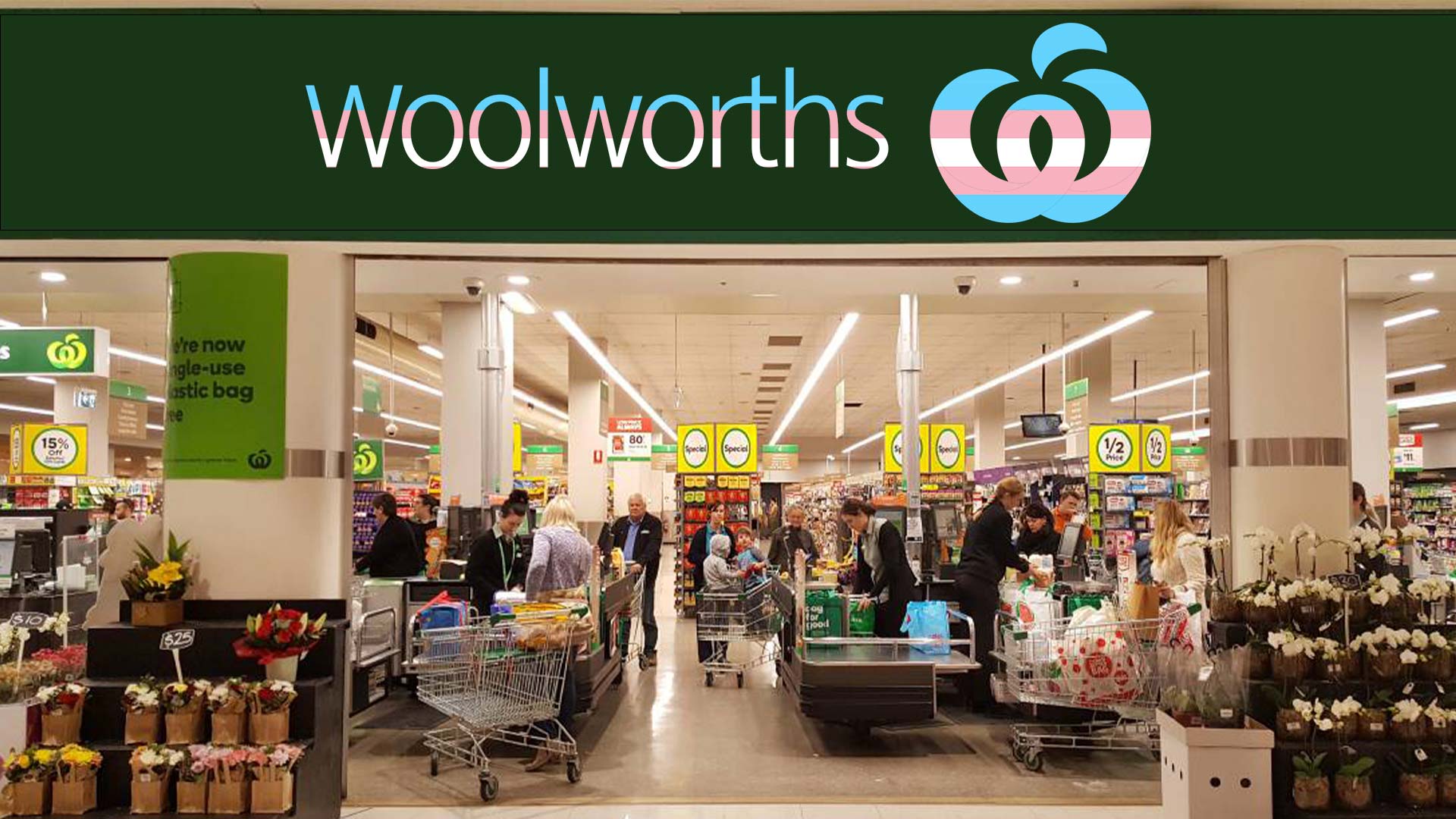 The company makes employees go through “Gender Inclusion Workshops” to support team members on their “gender affirmation journey,” leaving employees who disagree with the propaganda likely feeling marginalised and unable to speak up for fear of losing their job.

Woolworths participates in the promotion of the radical political ideology by encouraging employees to observe IDAHOBIT, Trans Day of Visibility and Wear It Purple Day. Staff are encouraged to wear special t-shirts or badges as evidence of their cooperation with the agenda.

Internal systems have been upgraded to include “non-binary” gender identity options that conflate “man or male”, “woman or female” and gives both “non-binary” and “another term” as options.

They are just one of many corporations signed up to ACON programs that have a social credit rating system for “wokeness.”

ACON is the Aids Council of NSW that has national programs, funded by the taxpayer, to promote LGBT ideology. Companies literally score points for shoving “diversity and inclusion” markers down the throats of their staff. It is all about training staff about how to think, act and speak about LGBT issues.

Other companies involved in keeping score of the progression toward full adoption of the ideology include:

Binary spokeswoman Kirralie Smith said it is an unfolding disaster for countless people.

“Woolworths and other companies signed up to ACON don’t care about the science or the facts,” she said. “They are pursuing social credit style points from a radical political agency.

“Employees are pressured into acceptance and wooed by incentives such as paid leave.

“No one can change their sex. It is a deception, a lie to suggest they can.

“These are unsafe workplaces where employees cannot speak the truth for fear of falling foul of dangerous policies that are based on a lie.”