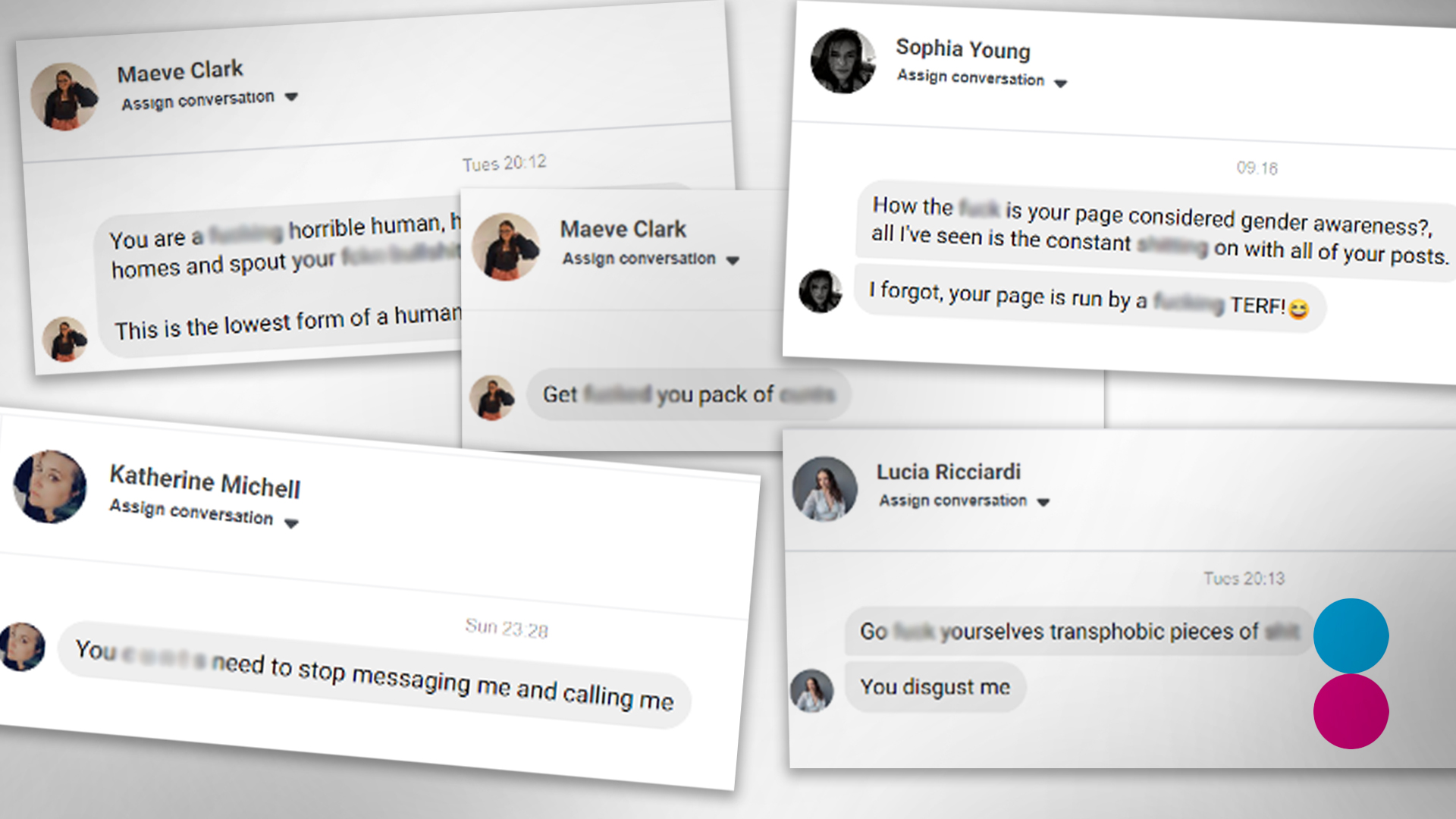 As the spokeswoman for Binary, I know I am a target for trans extremists. They routinely show their true colours with vile comments and personal attacks.

I don’t take offence when I see their messages and comments in my inbox, it’s obvious they lack the ability to conduct any form of intelligent conversation, and this sort of behaviour is the only response they can come up with.

I wanted to share some of these messages with you, to make public the despicable and contemptible actions some of these radicals think is appropriate discourse.

Below are just a small selection of the public and private messages I have been sent this past week. Perhaps they all went to the same school?

As I said, the insults and obnoxious language doesn’t concern me.

I won’t be intimidated by vicious language, threats and insults. I won’t back down because they call me a “mean” name. I won’t abandon the truth because they cowardly message me on Twitter.

Their comments don’t bother me.

What bothers me is that people like this work in education, health and other positions of influence.

It bothers me that they’re inflicting their lies on the public and they can’t present any logical argument for their position.

It bothers me that their lies are being told to children.

No one can change their sex, puberty blockers are not reversible, and yet governments are making laws to stop parents from caring for, guiding, and raising their own children.

That is what bothers me.

I hope it bothers you enough to stay in the fight as well.