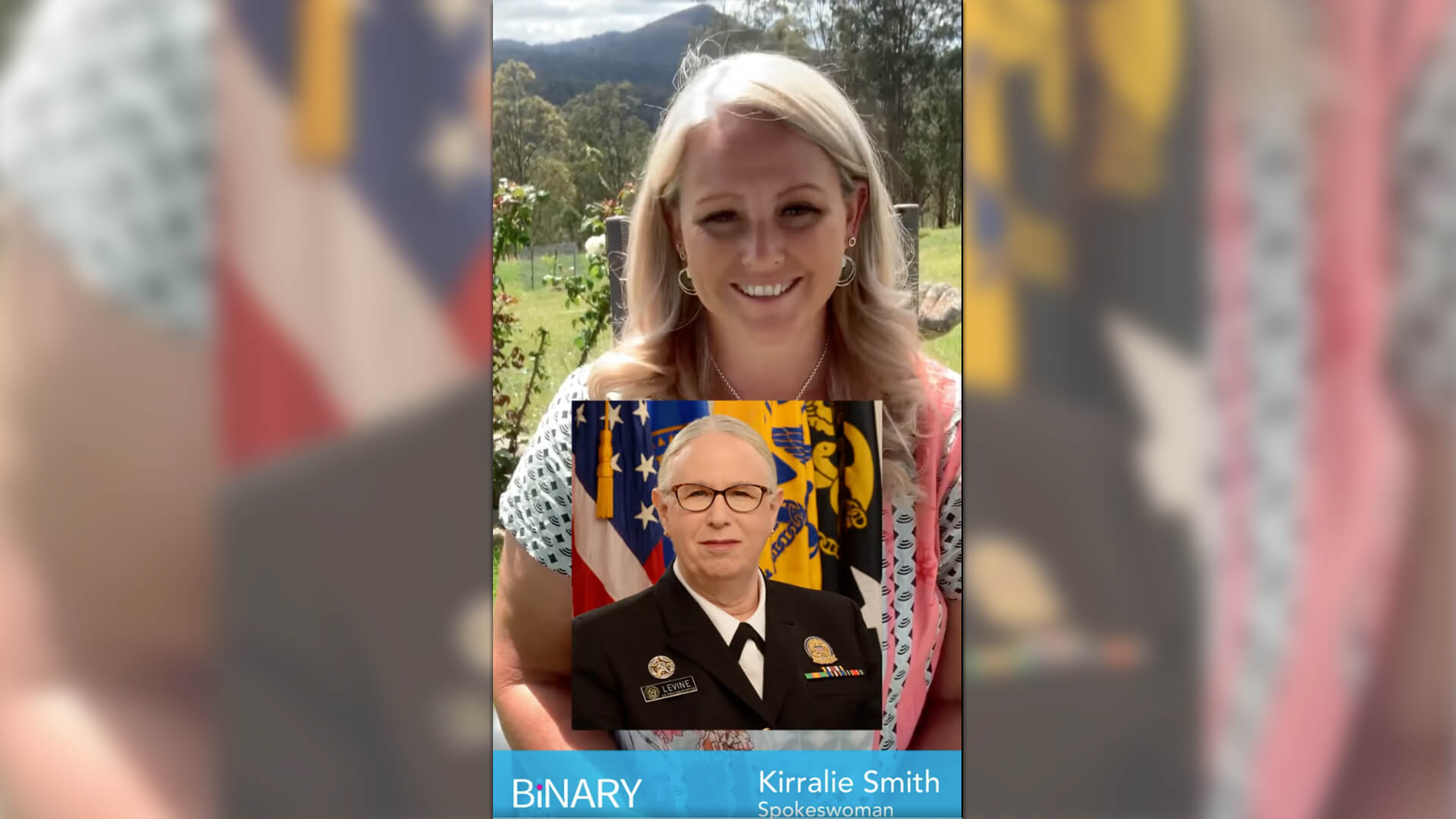 Truth or lies, which side will you choose?

Levine is a bloke. Born male, he will always be male, regardless of any costume he puts on; regardless of any make-up he wears; or how many pills he has to pop (every single day) in a feeble attempt to appropriate womanhood.

No amount of surgery will ever undo the fact that his maleness is written on every single cell in his entire body.

Now, if an adult male wants to dress up and pretend to be a woman – that is his prerogative. The same goes for women who want to pass as a man. But do not, for one minute, expect the rest of us to go along with it. I will say it again – costumes, pill popping and surgery do not magically turn you into the opposite sex.

What is so incredibly insulting about Levine’s promotion, is not that he plays dress ups – it is claiming that he is the first female admiral in the role.

He said about himself: “I am humbled to serve as the first female four-star officer of the U.S. Public Health Service Commissioned Corps.” What rubbish – that is an outright lie. And to be appointed in the health service just adds insult to injury.

If, for one minute, you have believed the government cares about your health – surely this should serve to be a wake-up call?

Levine, those who appointed him, President Biden (who applauds him), and the media celebrating him, are displaying nothing but deception and lies to claim he is female.

Females – across species – are designated according to the scientific evidence of the production of large gametes, called eggs. In humans, females also have XX chromosomes, natural production of estrogen, and a female reproductive system that includes mammary glands in breasts for milk production, ovaries, a womb and cervix. Levine has none of those things. He is not female. He never will be female.

No amount of dress ups, no amount of drug dependence, and no amount of surgery can change these facts; and yet President Biden and his administration, the media, and Levine himself stand before you claiming he is female.

It is mind boggling that we as a society tolerate such blatant deception, falsehoods and outright lies.

Why? Why is the media so complicit? Why does the government think it is okay to promote a man who appropriates womanhood to such a high position – who denies science, to make policy decisions about your health, which is meant to be based on science?

Why do so many people buy the lie that these government health departments are concerned about your health? They believe and promote the lie: women can have a penis; they publish propaganda that men can get pregnant; they unashamedly exalt the transgender political ideology over science and hardly anyone bats an eyelid.

What is going on? Come on people, wake up, open your eyes, see the writing on the wall for goodness’s sake, for our children’s sake.

This is not just limited to one transgender player either. Governments around the world – including Australia – are all playing this game: they are conflating feelings and facts; they are constantly blurring the lines; they are refusing to release scientific data to support harmful policies; they are thwarting research they deem controversial; and most horrifying is the reality they are allowing experiments on children.

It is not limited to the realm of transgender ideology, this is happening across many other areas of so-called healthcare as well.

If you remain silent: you are complicit; if you refuse to call out these lies: our children will suffer untold harm. Please ask yourself today: why? Why would you continue to go along with this wicked agenda? And what are you going to do about it? There are no grey areas: it is black and white; truth or lies.

Which side will you choose?