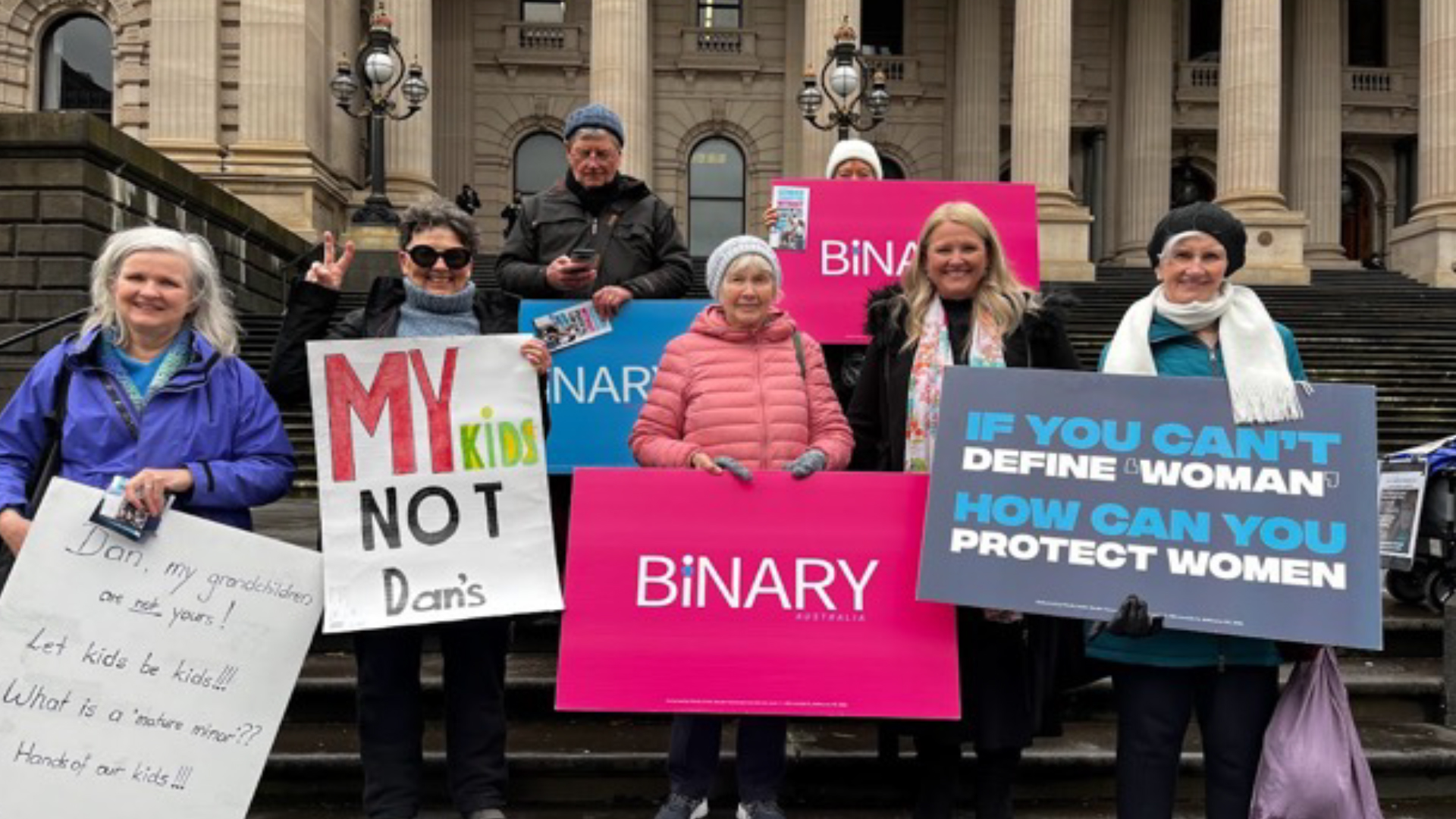 What a privilege it was to spend the day standing on the steps of the Victorian Parliament with Binary supporters on Tuesday. We were there to raise awareness of the atrocious Andrews government policy to transition children without parental knowledge or consent.

LGBTIQ Student Support: Policy | education.vic.gov.au clearly states that, “There may be circumstances in which students wish or need to undertake gender transition without the consent of their parent/s (or carer/s), and/or without consulting medical practitioners.”

You can read the blog about the policy here: Dan Andrews can transition your child without your knowledge or consent - Binary

Dedicated supporters stood in the cold, and through the rain, to hand out brochures to the public and hold signs. Grandparents, concerned about the welfare of their grandchildren, were extremely passionate about the issue. Parents who had to work sent messages of support. Radical feminist lesbians also stopped by to offer their support. 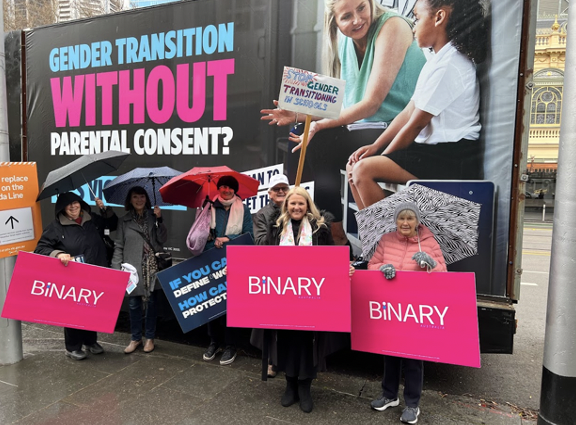 Many people were extremely responsive when they knew we were there for parental rights. Our volunteers gave out hundreds of flyers and we had bus and car drivers tooting their horns in support. Others stopped by to express their dismay with the threat the Dan Andrews government presents to parents and vulnerable children.

Avi Yemini from Rebel News came to do a report. Of course we sent media releases to other news agencies but none wanted to speak about this alarming issue.

A reporter from the Sydney Morning Herald who was following Avi around was completely ignorant about the issue and other associated stories regarding males appropriating womanhood on change rooms and sport.

We were able to share facts with Tim Elliot and it will be interesting to see if we will get any fair or balanced reporting out of it. 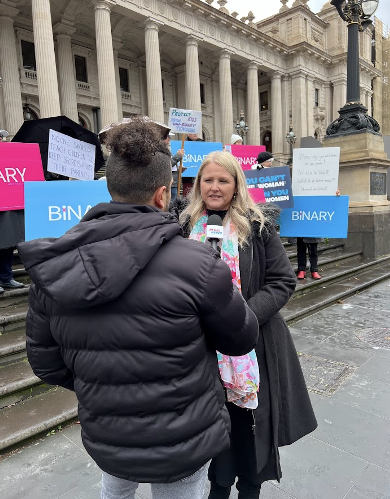 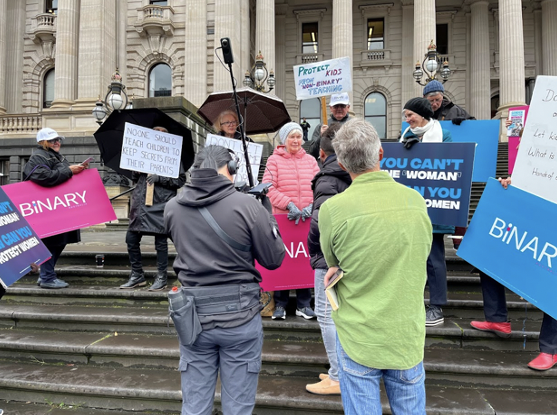 Morgan C Jonas, the leader of the Freedom Party of Victoria, stopped by to share that his party will take a bold stand on this issue. He is outraged over the ‘mature minor’ policies and how negatively they impact families. 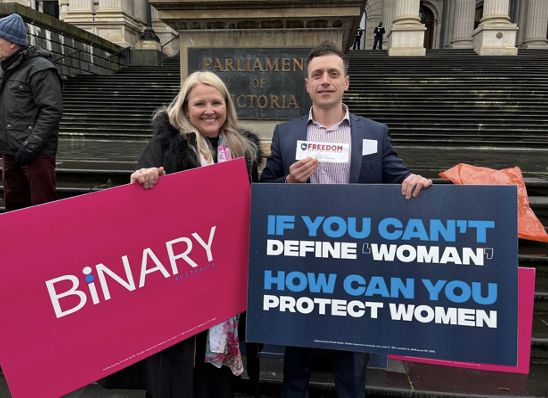 I was able to go into Parliament House to meet with the Shadow Minister for Education David Hodgett as well as a representative from the Shooters, Farmers and Fishers. We discussed the policy and I was able to show them some of the books being read to children as young as three years old in Victorian schools.

Bev McArthur MLC has always championed this issue and we had a great discussion about the policy and how we might be able to raise the level of awareness for all Victorians. 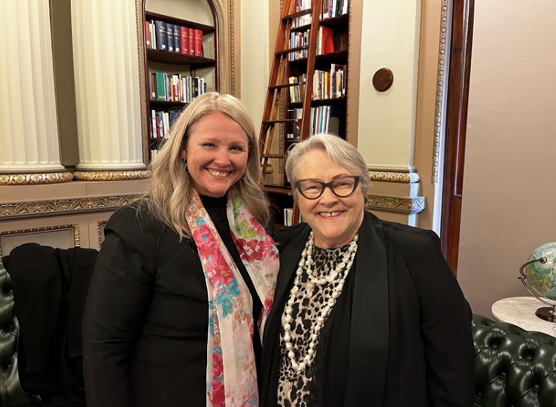 Our message was driven around the city for the day and it will continue this week, all thanks to the generous and committed support of friends like you. 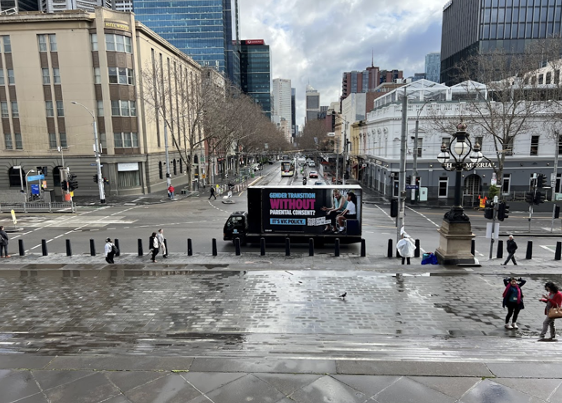 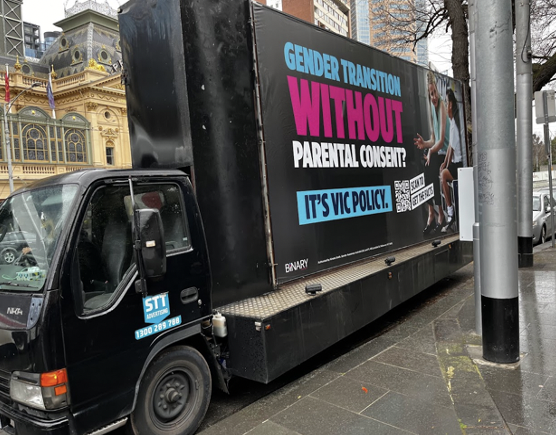 Raising the level of awareness is the number 1 challenge. Most Victorians simply do not know about this dangerous policy. But when they find out, they are utterly opposed to it.

A big thank you to all who could come by, to those who made donations and to all who share this information far and wide.

Together we can make a difference.