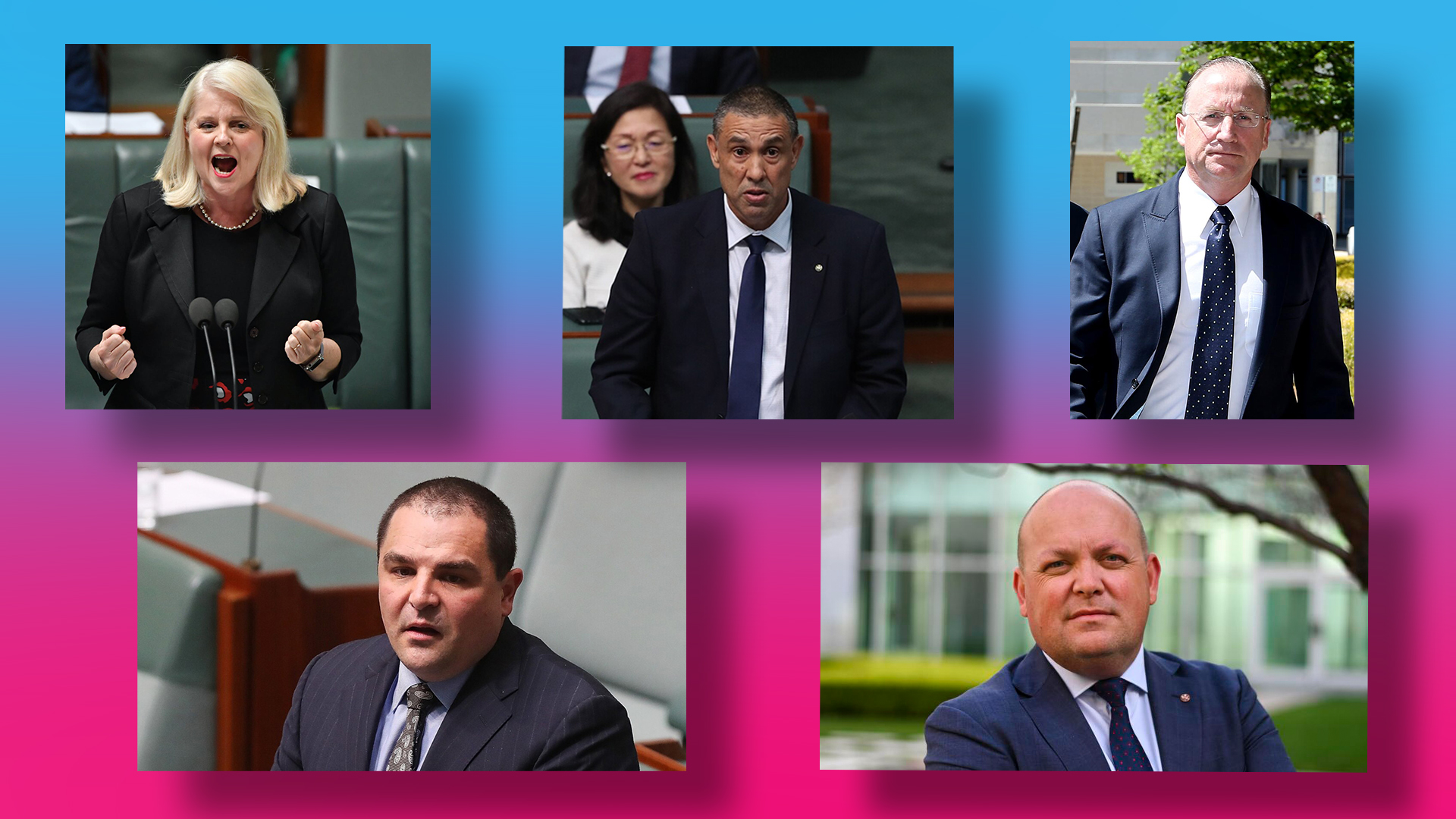 Immediately after Senator Claire Chandler tabled her bill to protect women’s sport, Binary asked every sitting member of parliament where they stand. We asked for a response by the March 2.

Days after the bill was tabled the Prime Minister Scott Morrison was in Tasmania with Claire Chandler regarding unrelated matters. At one press conference a reporter asked where he stood. In that off-guard moment he pledged support to the bill and spoke very kind words about Senator Chandler.

Many politicians have ignored our request, but several did take the time to respond, mostly in support of the bill.

Senator Matt O’Sullivan from WA was quick off the mark, posting to Facebook, “I 100% back Senator Claire Chandler’s bill to protect women’s sport.”

Steve Irons MP, representing the division of Swan in WA also quickly posted a video of a speech he made in parliament supporting the bill.

Terry Young MP, Federal Member for Longman Qld, responded to our email stating, “I absolutely agree that women and girls should have the right to play single-sex sport and I support Senator Chandler’s efforts to ensure that women continue to have that right under Commonwealth law.”

I share your concerns about the encroachment on single-sex sport, and this Bill and Senator Chandler have my strong support.

As a father of two young daughters, I hate the thought of them competing against biological males in contact sports.

Women and girls deserve the right for single sex sport to be legally enshrined, to guarantee them a safe and fair playing field.

Senator Claire Chandler has been a great leader for women’s sport, I support her advocacy on this matter and this Bill fully.

I agree with Senator Chandler’s position that men and women must have separate divisions when playing sport and have the right to participate in single-sex sport. It shouldn’t be the case where women are forced to play a sport, whether it be professional or social, against men and/or transgender women. We must keep common sense and fairness paramount, rather than increase the danger and risk to women. I will be supporting the Save Women’s Sport Bill. Sport is an integral part of our culture and brings communities together. We can’t allow fringe political movements to impact the integrity of sport.

Karen Andrews MP, in the seat of McPherson Qld, pledged support in principle, noting the bill was tabled in the senate, not the lower house.

However, it’s important to note the Morrison Government supports the rights of Australian women and girls to play single-sex sport, so supports the principle behind Senator Chandler's Bill.

The Bill does not seek to ‘ban’ anybody from playing sport. It simply clarifies that the Sex Discrimination Act allows for the operation of single-sex sport, while continuing to recognise, and protect, individuals who may identify and be recognised within the community as a gender other than the sex they were assigned at birth.

So, far only two responses have stated they do not support the bill which would prevent males who appropriate womanhood participating in female sport.

Labor Shadow Minister for Families Linda Burney MP, sent a cop out statement, “This legislation has not been considered by our party. I suspect it won’t be debated in this parliamentary session.”

While it is true it will not likely be debated this session it doesn’t negate the fact that most Labor policies support males who appropriate womanhood.

The position of the party was confirmed by Shadow Minister for Women Tanya Plibersek who deflected from the real purpose of the bill which is to protect females in all sports at all times.

In Australia, women and girls already have the right to play single-sex sport, through the application of the competitive sport exemption in the Sex Discrimination Act 1984.

That exemption provides that it is not “unlawful to discriminate on the ground of sex, gender identity or intersex status by excluding persons from participation in any competitive sporting activity in which the strength, stamina or physique of competitors is relevant”.

Senator Chandler addressed this argument when tabling the bill, noting the legislation had become “weaponised” and required “clarification” to ensure women are protected.

The uncertainty of how and when the sports exemption in the Act can be applied is well documented. The Coalition of Major Professional and Participation Sports was forced to seek clarity on the operation of the Act from Sport Australia in 2018. Sport Australia, despite being the peak body for sport in Australia, was unable to provide clear advice and asked the AHRC for assistance.

The 50-page guidance document issued by AHRC and Sport Australia states that "The Guidelines do not provide a definitive legal answer to all of the issues if discrimination, harassment or victimisation that may arise under the Act. Organisations and individuals should seek their own legal advice if they have concerns regarding their compliance with the Act…".

Senator Chandler said the 50 page guideline in how to deal with males appropriating womanhood in sport contained  “unwieldy and unworkable expectations for many local and grassroots sporting clubs, competitions and volunteers who, under this interpretation of the Act, are exposed to legal action for offering single-sex sport for women and girls.”