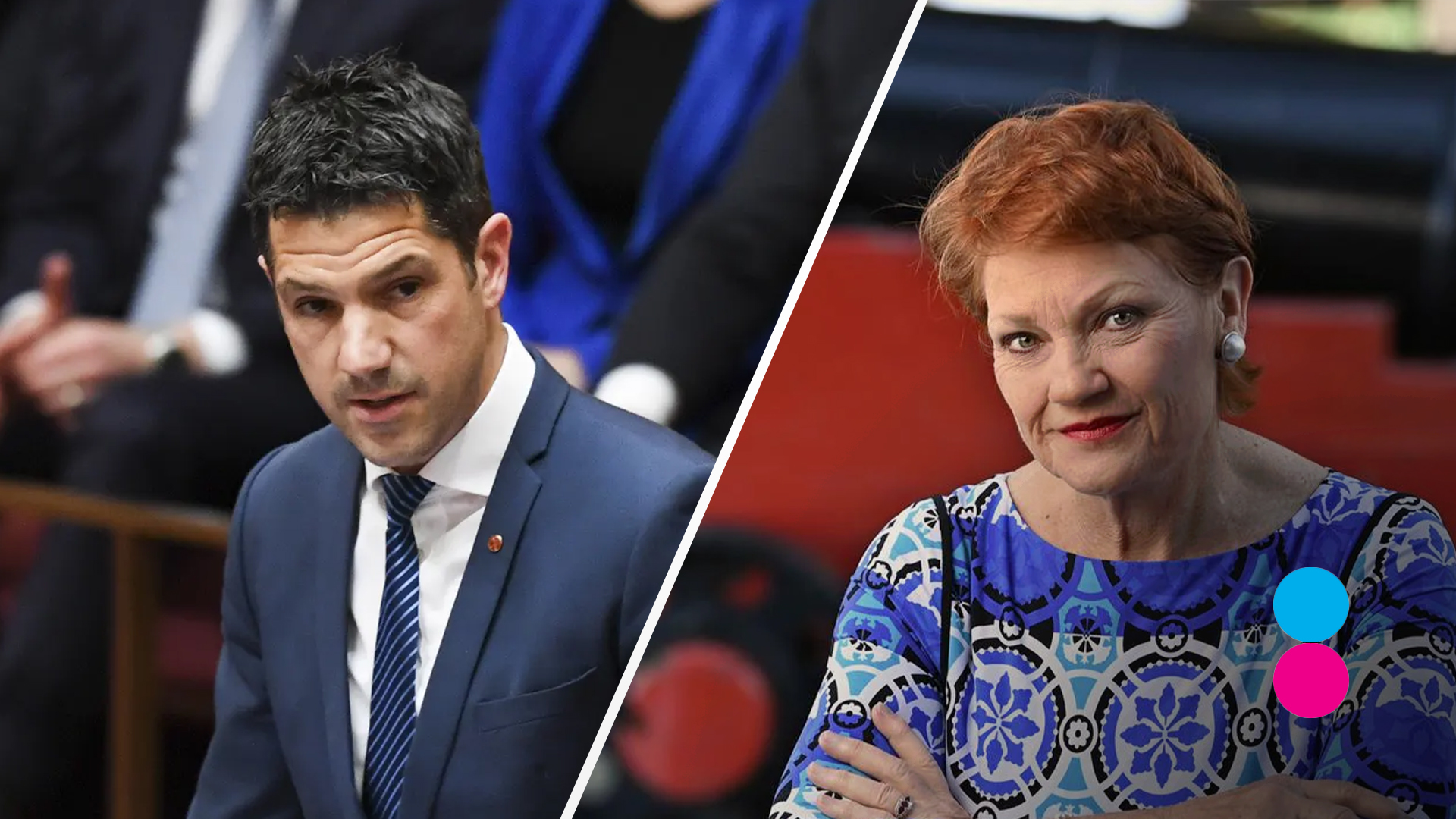 Several senators have addressed the Senate on the Australian Education (Prohibiting the Indoctrination of Children) Bill 2020 tabled by Pauline Hanson.

Senator Pauline Hanson made a 14-minute speech after the second reading of the bill.

She began by saying teachers were supposed to educate, not 'indoctrinate them with Marxism.'

Senator Hanson claimed the bill was necessary because the education system was 'thoroughly infiltrated by activists and disturbing concepts about race, climate and gender grounded in disproven neo-Marxist theories'.

Senator Hanson said parents discovered their children were being exposed to indoctrination during COVID lockdowns and compared transgender ideology to grooming.

She blasted the Greens for pushing countless genders on children, causing great confusion for a mere 1200 people who identified as transgender in the 2016 census.

'I can't believe how many sexual identities they want to impose on people, but, at the end of the day, we are male and we are female.'

Senator Hanson finished by telling parents to 'grow up' and take responsibility for what their children were taught.

'And, if you don't like what they're being taught, then go and visit the schools and the teachers and the principals and have your say,' she said.

Liberal Senator Alex Antic also spoke to the bill stating children are being indoctrinated rather than educated in many schools.

Senator Antic referred to the several times he has exposed the capture of leftist ideology by bureaucrats demonstrated by the fact so few can even define the term woman.

He called out the left’s agenda in capturing children.

“Australia’s education system is another domain in which common sense and Australian values are under attack. The education system, of course, has always been of vital importance to the so-called progressive revolutionary idea.

The radical left understands that for people to accept their absurd ideas, and their ideology, that their obsessed with power structures, and group identity based on race, class, sex, religion and other. They have to indoctrinate children from an early age.

Senator Antic suggested it would be far more beneficial to teach students to rely on reason and evidence, to be taught how and not what to think. He also called for leftist activism to be taken out of schools and encouraged parents to stand up.

The left understands that to overcome the stigma associated with their views, they must normalise concepts like gender identity from a very young age. The reason the left must normalise untrue concepts as early as possible is so they can interfere with what children would otherwise learn from their more sensible parents.

Senator Antic gave seven examples of what children are being exposed to at school.

One parent told him their son was asked to lay on the floor and imagine he had breasts and female genitalia. Another was asked to write an essay imagining he was a girl. He finished with, “Your children are being indoctrinated, not educated, and parents in this country need to wake up”.

Binary spokeswoman Kirralie Smith said these are the kinds of speeches politicians needed to be making.

“It is staggering that more politicians are not calling this ideological agenda for what it is,” she said.

“Why is Labor and the majority of the LNP staying silent? Why is it up to backbenchers and crossbenchers to defend our children from this aggressive political ideology?

“Children are being harmed and it is essential this debate goes to the highest levels for their sake.”