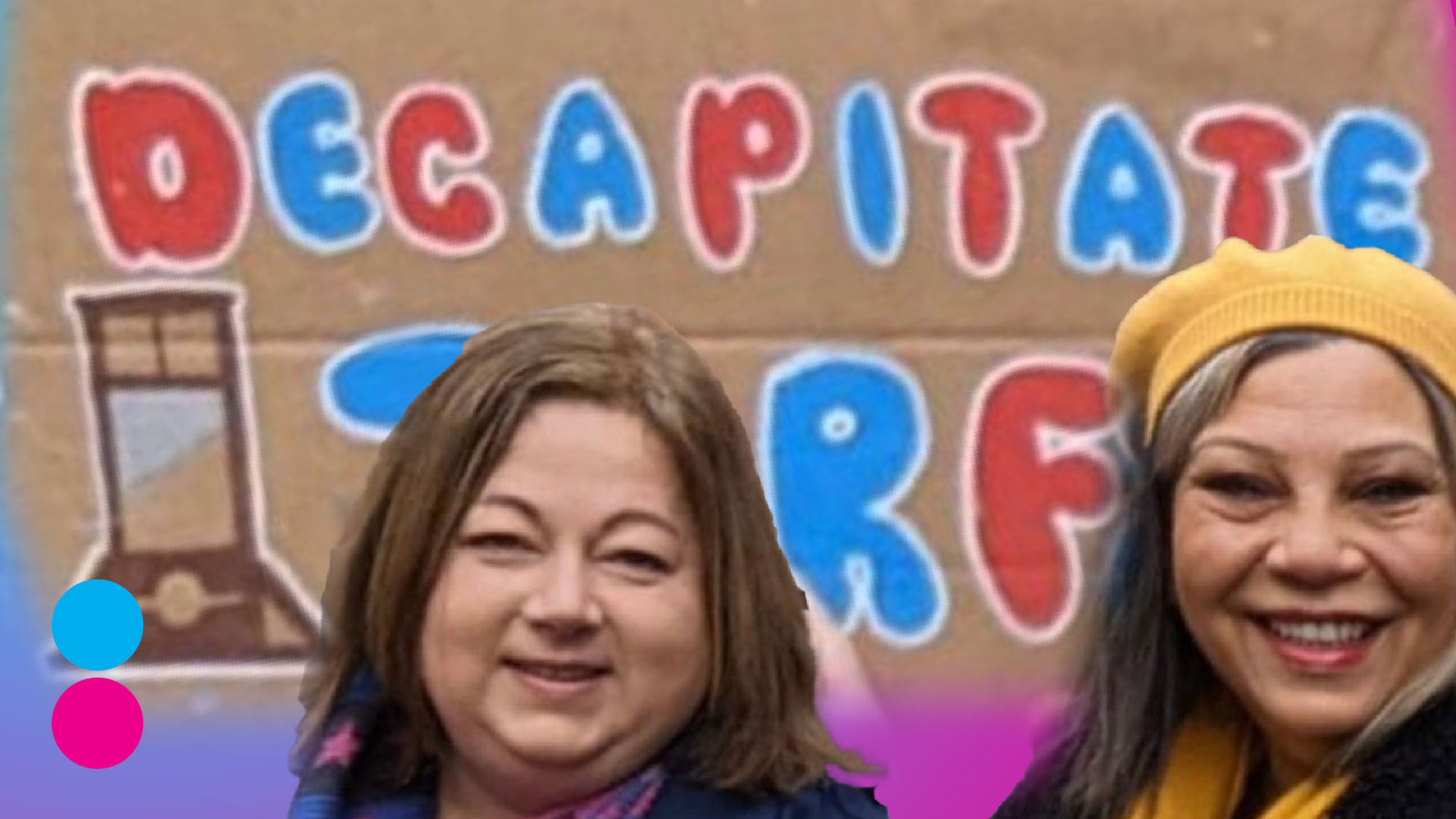 Some at the rally displayed offensive signs and posters with violent language, with politicians even being photographed in front of one horrific sign calling for anyone who stands for the truth to be decapitated. 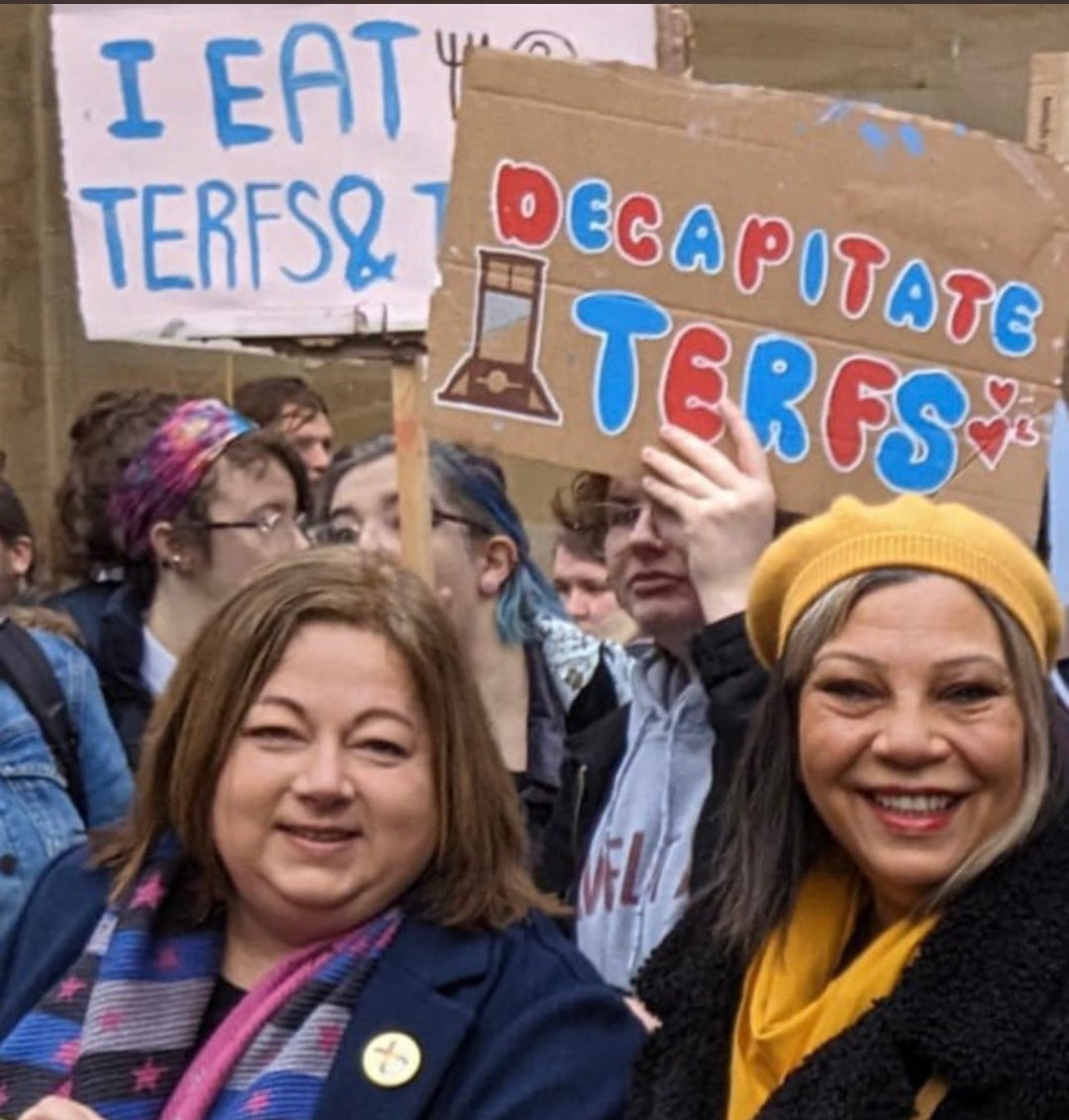 The sign and holder were reported to the police and are now under investigation.

Tory MSP Murdo Fraser said he had reported the sign to the police, saying carrying it was "clearly a hate crime and a public order offence".

He added: “Good grief [Nicola Sturgeon], should your MP and MSP [Kirsten Oswald] and [Kaukab Stewart] really be standing under a banner with a guillotine and this slogan ‘Decapitate Terfs’? And this is meant to be ‘progressive’?”

His party colleague Jamie Halcro-Johnston said the picture was “shameful”.

He tweeted: “Scotland in 2023 - where SNP politicians stand smiling in front of a banner which calls for violence against women. Shameful.”

Once the two were exposed for posing in front of the sign they were quick to tweet falsehoods claiming they had no idea the sign was there.

Ms Oswald tweeted: "That’s a horrific sign, and it wasn’t there when I joined the demo. It most certainly doesn’t represent my views, and isn’t language I would ever use. Violent hateful language, of any kind, is unacceptable and has no place in the peaceful movement for LGBT equality and democracy."

Ms Stewart said: "I was not aware of these hateful signs when I attended today’s protest in defence of Scottish democracy and the rights of trans people, and I utterly disagree with them. Violent hate speech is totally unacceptable and has absolutely no place in our public discourse."

“Claiming men can be women is an outright lie,” she said.

“The proponents of the lie are now resorting to serious threats of violence against women who stand for sex-based rights and reality.

“This is extremely disturbing, and the Scottish politicians posing in front of the sign are a disgrace. They are endorsing a lie and the violence that comes with it.

“This is utterly appalling and they should be strongly condemned and reprimanded.”