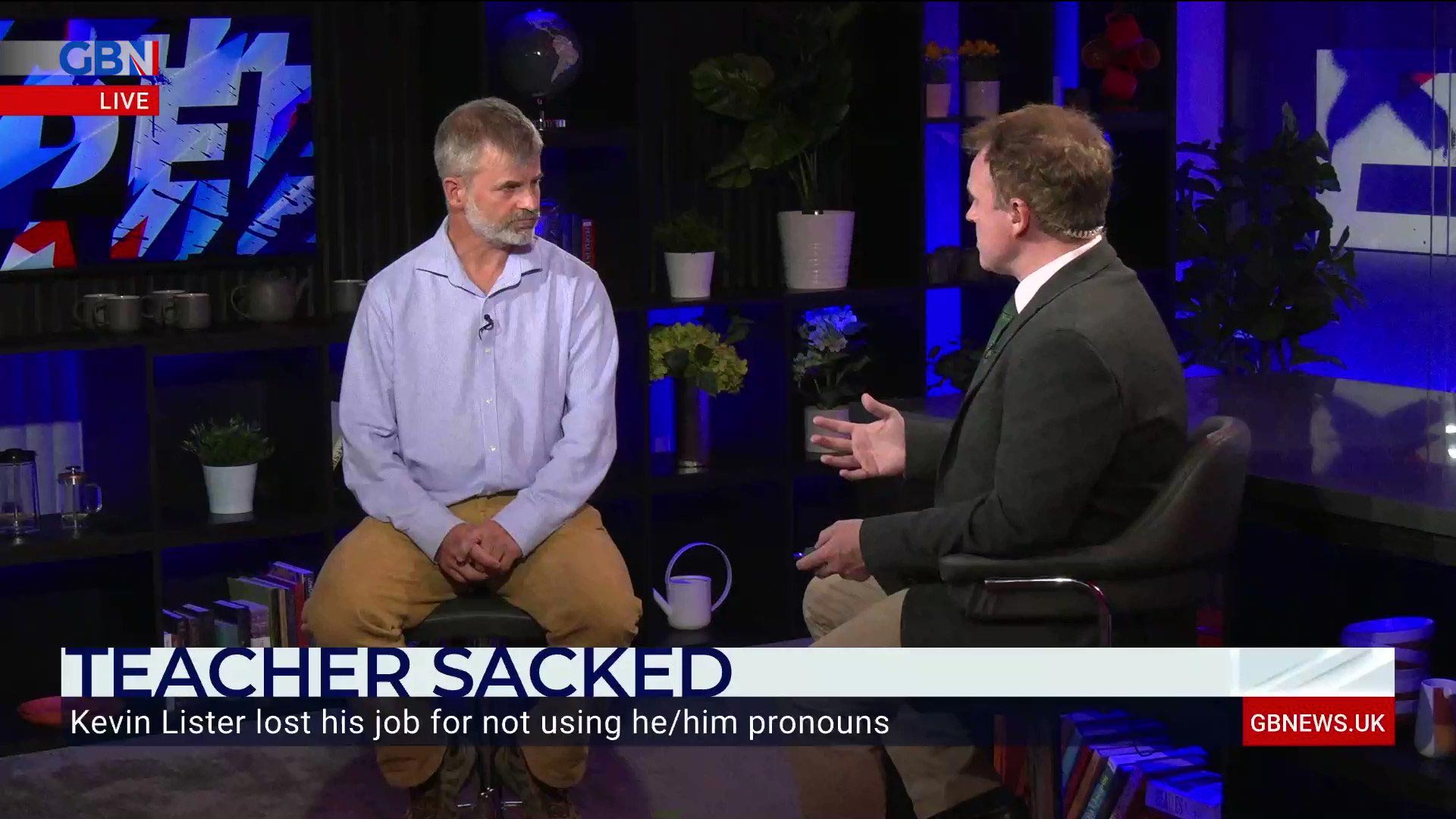 Kevin Lister, a Swindon maths teacher, is claiming unfair dismissal after being fired for “mis-gendering” a student. He has labelled it a “witch-hunt” for calling out “dangerous transgender ideology”.

The teacher’s 18-year career was unblemished until being sacked for alleged “gross misconduct”. In truth, he refused to refer to a female student as ‘he’ or by a boy’s name until he could confirm the child was transitioning with parental knowledge and consent.

The 59-year-old teacher told The Mail on Sunday he was concerned that the ‘out-of-the-blue’ request amounted to social transition, which could put the teen on a pathway to irreversible medical treatments.

‘I wanted at least to make sure that my student had parental support and was making an informed decision,’ he said. ‘As a parent myself, I would have been furious if my child had taken this step and I hadn’t been told anything.’

Mr Lister said he was ‘gobsmacked’ when he approached the safeguarding officers and was told the parents would not be informed about the student’s wish to identify as male in the classroom. The school’s guide to supporting transitioning students states that staff should ‘maintain confidentiality and only tell others about the person’s trans status with their permission’.

Mr Lister said he then found himself in an ‘impossible position’: ‘I ended up pointing to her as politely as I could to avoid either dead-naming her or supporting transition without parental consent.’ A few weeks later the student wanted to enter a female maths Olympiad.

Mr Lister said: ‘I put the names of the students on the board who wanted to take part and I put her name up on the board as being a female’s name to enter a female maths competition.’

Some students reportedly took offence and reported the teacher for transphobia.

Three complaints were upheld against him for “transphobic discrimination” and harassment and because he “refused to use” students’ preferred name and he/him pronouns.

The letter informing him of his sacking stated he had “degraded” the student and “violated” her dignity.

Last month the then Attorney General, Suella Braverman, said the law was clear that under-18s could not legally change their gender, meaning schools were under no legal obligation to address children by a new pronoun.

Mr Kruger, MP for Devizes, Wiltshire, said: ‘I am very concerned that a school agreed to affirm a child’s transgender identity without parental consent.’

Binary spokeswoman Kirralie Smith said the school was way out of line.

“School staff are not trained medical experts and they do not replace the sacred and primary role of a parent,” she said.

“They are there to educate, not indoctrinate, children. The usurping of parental rights must stop for the sake of child protection.

“Activists in schools are aggressively promoting this political agenda to the detriment of families.”