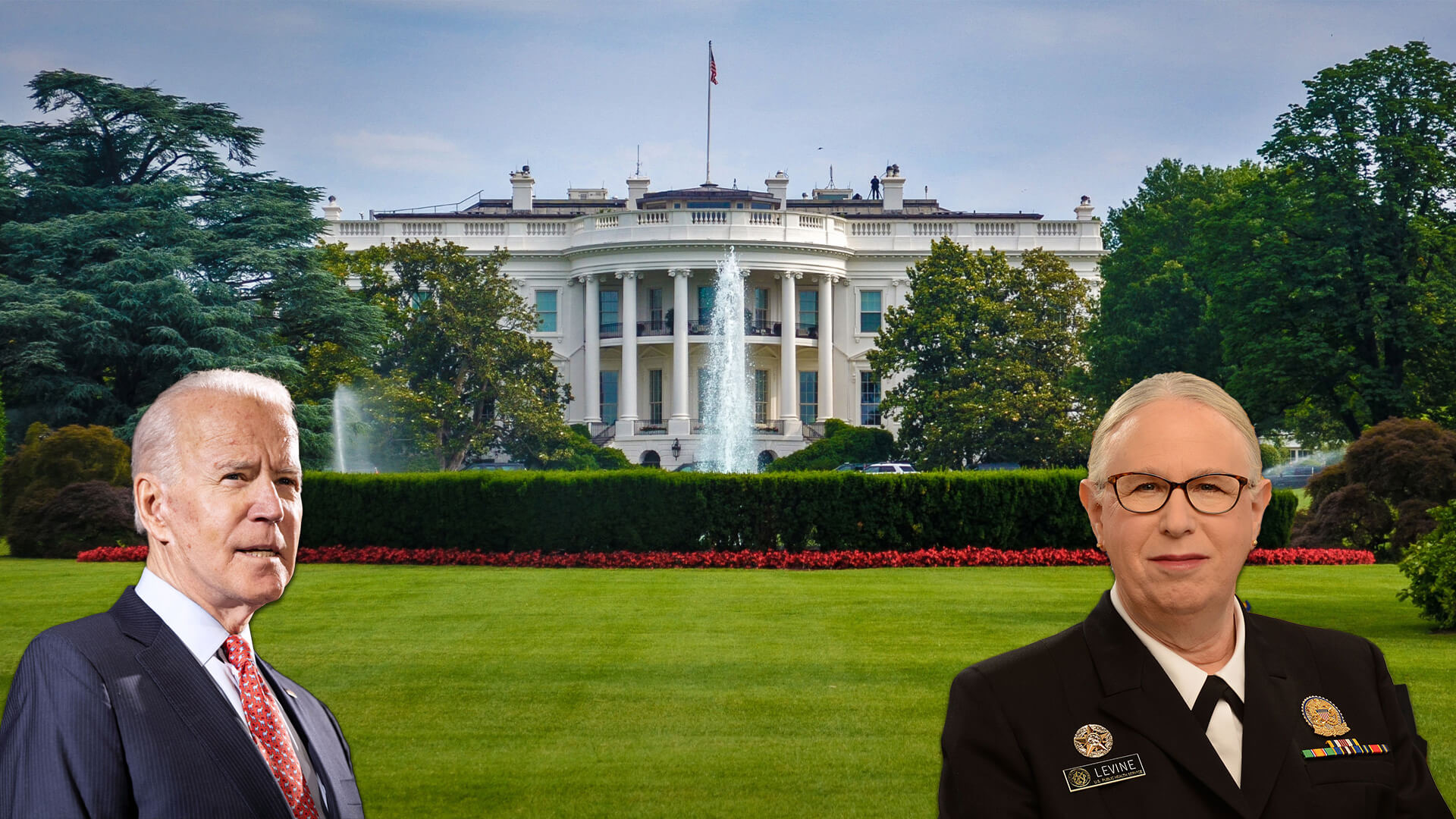 A male who claims to be female has been appointed to a very high position in the Biden administration. He is in charge of health officials but denies biological reality and falsely claims to be the first female appointed to the role.

On Tuesday, the U.S. Department of Health and Human Services announced that the 63-year-old will be sworn in as an admiral of the U.S. Public Health Service Commissioned Corps — becoming its first-ever female four-star admiral and the nation's first openly transgender four-star officer across any of the eight uniformed services.

Speaking on the historic milestone, Levine said she was “humbled” to lead 6000 Public Health Service officers who are dedicated to serving underserved and vulnerable populations across the nation.

“I am humbled to serve as the first female four-star officer of the U.S. Public Health Service Commissioned Corps and first openly transgender four-star officer across any of the eight uniformed services,” she said in a statement, per Forbes. “This is a momentous occasion and I am pleased to take this role for the impact I can make, and for the historic nature of what it symbolises. May this appointment be the first of many like it as we create a more inclusive future.”

Levine is not the first female four-star officer, as claimed, because he is male. Every cell in his body betrays that he is biologically male. Declaring that science is irrelevant, doesn’t make it so. He is male, not female.

“Levine is certainly the first trans-identified person in the role, but he has never been, and never will be, a female,” she said.

“This is a false claim that cannot be supported with any evidence, whatsoever. His genetics are entirely male. The fact he is male is not cancelled out by a costume, make up, drugs or feelings.

“His statement that he is the first female in the role is a lie and is offensive to women striving for promotion and recognition in the same space.”