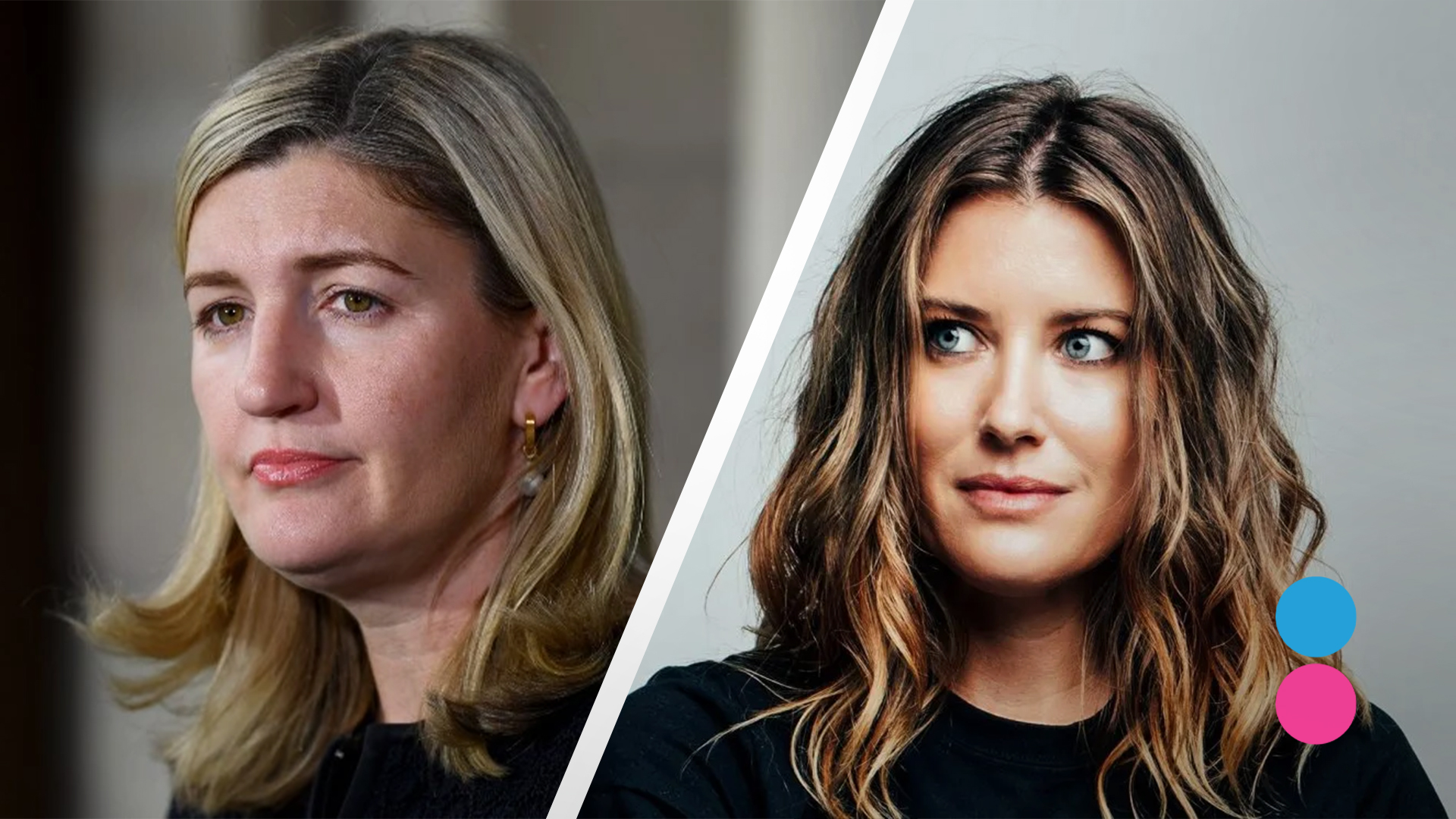 Australian feminist and Giggle app owner, Sall Grover, has exposed the bias and censorship practiced by politicians and the taxpayer funded ABC.

Australian feminist and Giggle app owner, Sall Grover, has exposed the bias and censorship practiced by politicians and the taxpayer funded ABC.

Sall was booked in to speak on ABC Brisbane last week about the proposed Queensland self-identification laws and the Attorney General blocking her emails.

I’ll be on ABC Brisbane radio at 4:05pm talking about the self ID laws & Shannon Fentiman blocking my email. They invited Fentiman onto the show & she declined.

Within a short space of time, ABC management cancelled the interview.

I was supposed to [be] on ABC Brisbane radio right now but was just informed that ABC management made the decision to cancel it.

Not one to be deterred, or intimidated, Sall has continued to tweet about the censorship and lack of democracy surrounding the proposed Queensland laws.

In the past 4 days

- the QLD AG blocked my email

- ABC cancelled an interview with me about it

All because I know men aren’t women.

Sall has been gracious and reasonable, even offering to debate anyone on the opposite side of the issue that would dare to take her on.

I’ve spoken to @abcbrisbane  & said if they find a trans person who opposes my views on self-ID & is willing to debate on air, I am more than happy to do so.

Let’s “both sides” this.

(I did invite the person who got the interview cancelled but of course “Moby Dickgirl” refused.)

Unsurprisingly, the ABC and trans activists have remained silent.

In the meantime, Sall made a formal complaint about being blocked by the Attorney General and later received confirmation that her email was now unblocked.

This is the email she sent: 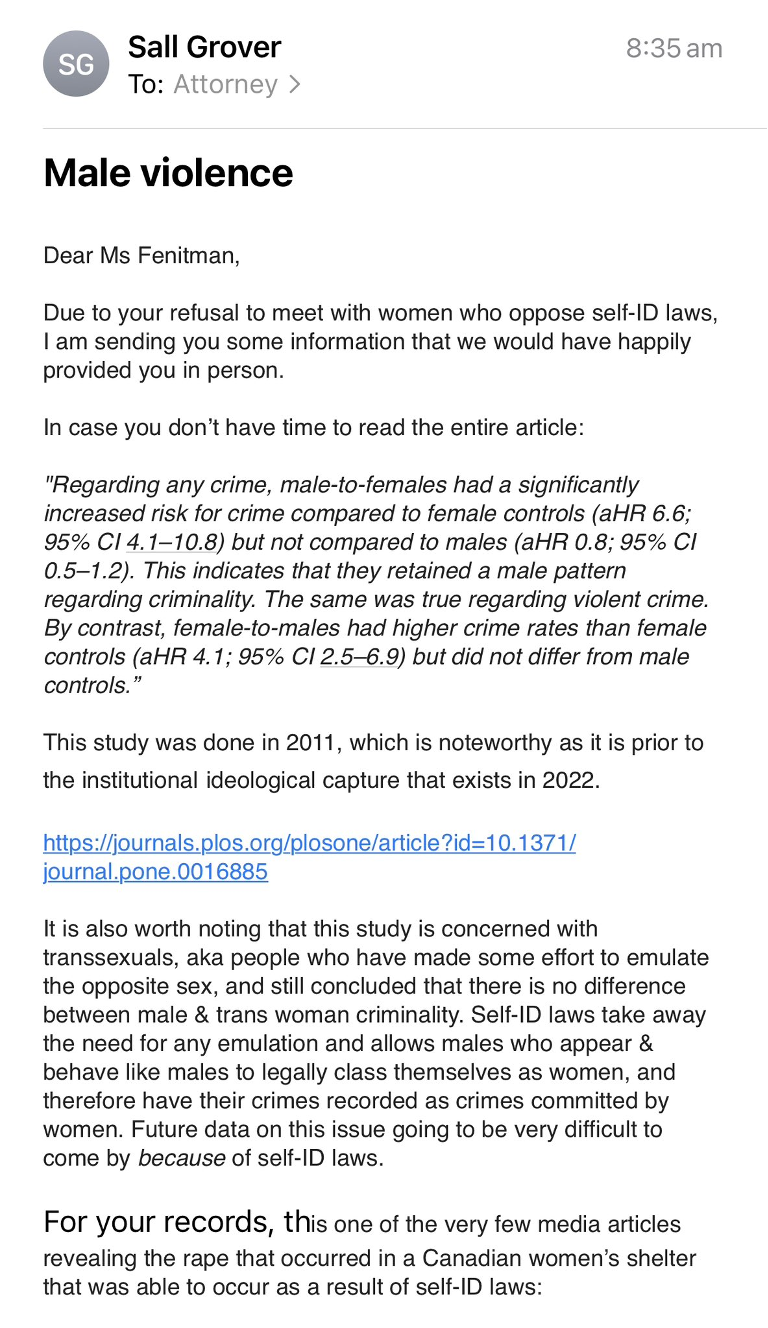 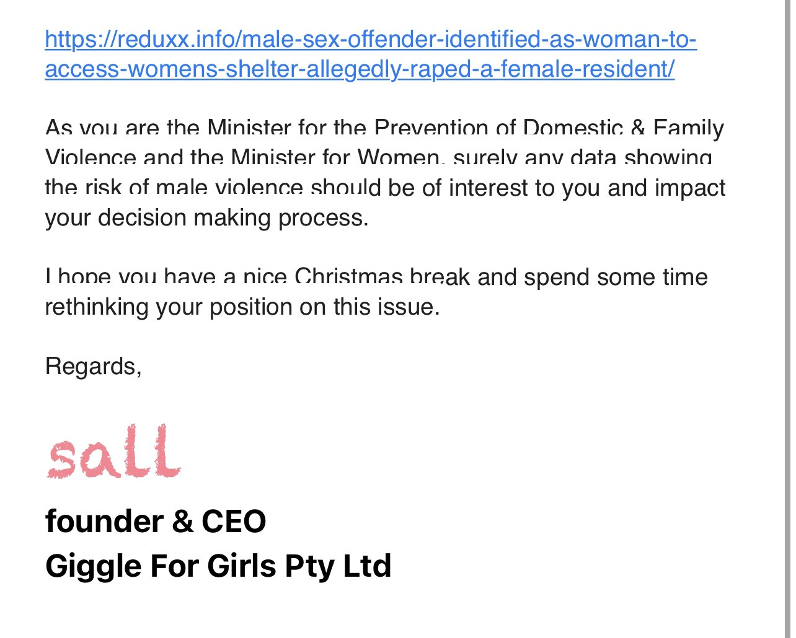 “What sort of democracy do we live in when citizens are blocked from addressing their concerns to elected politicians?” she said.

“Why is the national taxpayer funded broadcaster so beholden to trans activists that it cannot even discuss the issue?

“Why is the Attorney General so afraid of meeting with concerned women and groups about a proposed law that will directly impact them?

“It is astounding and unacceptable. It is the behaviour of dictators, not democratically elected representatives.”