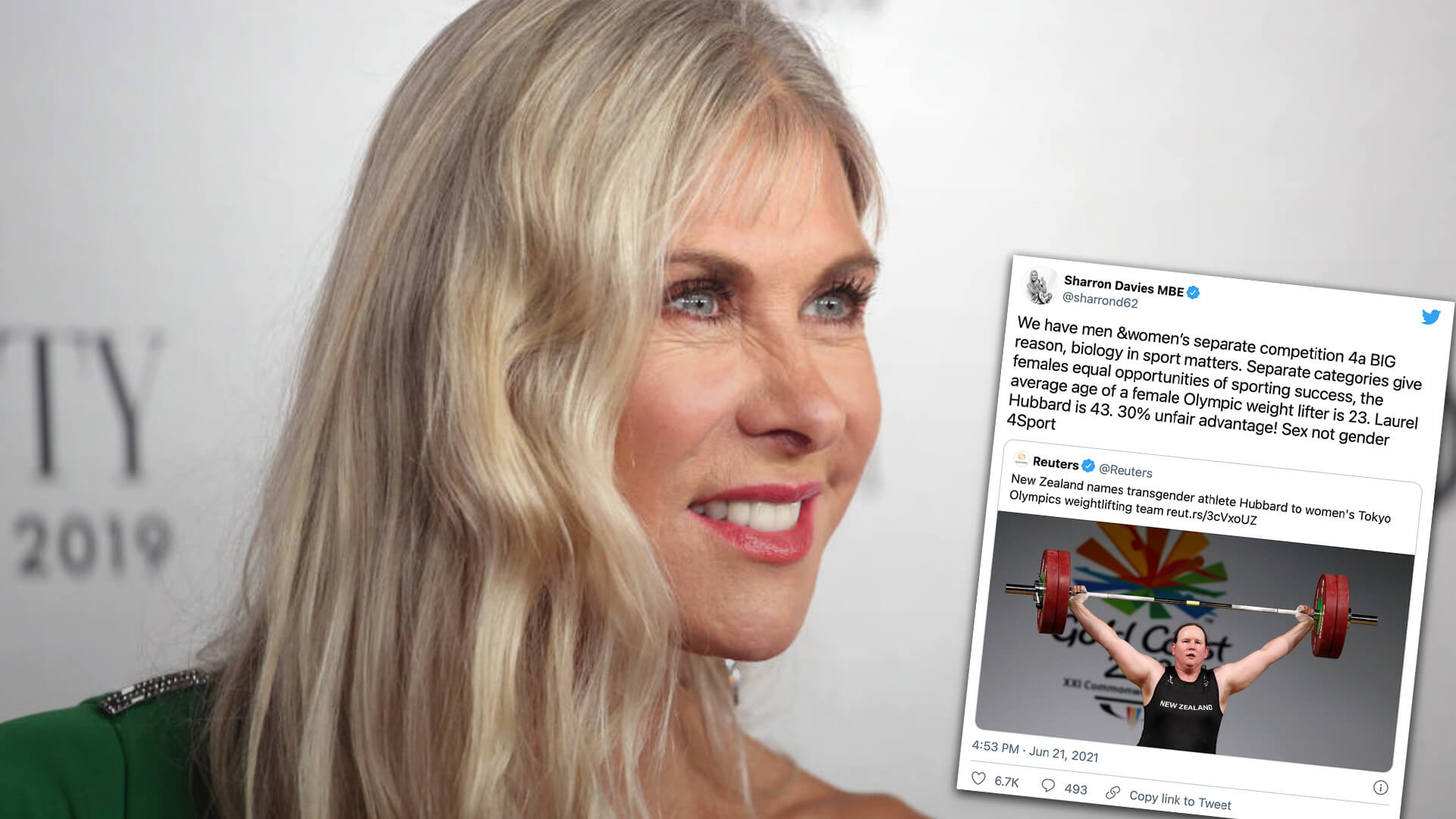 Former Olympic swimming champion Sharron Davies has come out swinging against the news male weightlifter Laurel Hubbard will be permitted to compete at this year’s Olympics as female.

The swimmer added that “the average age of a female Olympic weightlifter is 23,” while “Laurel Hubbard is 43. 30% unfair advantage! Sex not gender [for] sport.”

Davies has been championing safety and fairness for women in sport for several years.

“The [International Olympic Committee] are to blame for unfair rules,” the tweet says. “We wrote a letter signed by 60 world-class athletes in 2019. We met with them in 2020 telling them why the rules were not fit for purpose. It was glaringly obvious this would happen. Why did they carry on regardless?”

“I have nothing against anyone who wishes [to] be transgender. However, I believe there is a fundamental difference between the binary sex [you are] born with & the gender [you] may identify as. To protect women’s sport those with a male sex advantage should not be able [to] compete in women’s sport.”

Davies is very active on twitter trying to draw attention to the issue. She acknowledges that it is extremely difficult for current athletes to publicly object as it would jeopardize their eligibility to compete. She believes it is up to formed champions like herself to do the heavy lifting for now. Davies asks very reasonable questions that go largely unanswered by the decision-makers.

“Please please take a look & tell me how this is not going to negatively effect (sic) women’s sport?” Davies wrote in another post, captioning a meme that highlights recent transgender athletes cleaning up against biological girls and women in their respective sports.

“It is not a transphobic thing — I really want to say we have no issue with people who are transgender,” she said. “Every single woman athlete I’ve spoken to, and I have spoken to many, all of my friends in international sports, understand and feel the same way as me.”

“It is beyond comprehension that the Olympic committee would blatantly disregard the science in favour of an extremist political ideology,” she said.

“Sex, not feelings, matter when it comes to sport. Women’s sex-based rights are being trampled by males who fail in their own category. If feelings matter so much, create a non-binary competition category and see how that works out for them.