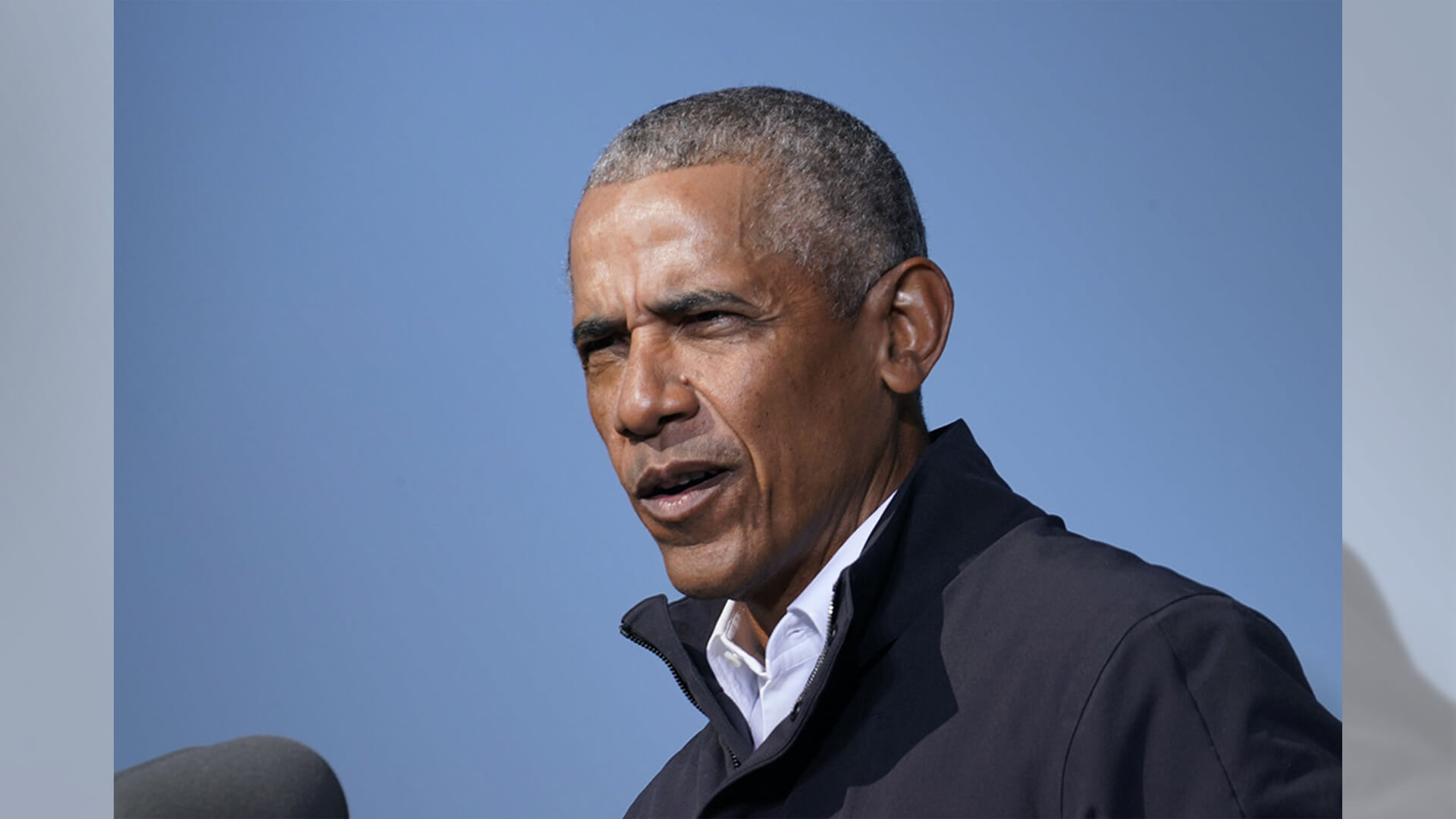 Former US President Barack Obama, has encountered a torrent of abuse and anger for his condescending comments about ‘fake outrage’ and ‘phoney trumped-up culture wars’.

Speaking at a campaign rally for candidate for Virginia Governor, Terry McAuliffe, he said, “We don't have time to be wasting on these phoney, trumped up culture wars. This fake outrage that the right-wing media peddles to juice their ratings.”

The comments enraged social media users along with parents and students from Loudoun County, after a judge found a male student guilty of sexual assault in the girls bathroom.

Furious parents and conservatives have told Barack Obama to apologise to a Loudoun County, Virginia, couple and their daughter who was raped by a skirt-wearing boy in a school bathroom in May, after the former President called the row encircling it 'fake outrage' and 'phoney trumped-up culture wars'.

On Monday, juvenile court judge Pamela Brooks, ruled that the boy – who has not been named – did force himself on the 15-year-old girl on May 28 in the bathroom at Stone Ridge High School in Leesburg, Virginia.

Loudoun County Schools hasn't commented on the verdict. Students walked out of their classrooms on Tuesday in a show of 'solidarity' for the victim.

Some stood in front of their school, chanting: 'Loudoun County Protects Rapists!'

The case drew national attention because the boy was wearing a skirt at the time and the girl’s parents – Scott and Jessica Smith – said it was what they feared might happen more, if Loudoun County Schools starts allowing boys into the girls bathrooms frequently, as part of a progressive transgender policy.

Twitter blew up with the news, as users expressed dismay and anger toward the former President.

Texas Representative Dan Crenshaw tweeted, “What is phoney exactly? The school rape coverup or Terry McAuliffe saying parents shouldn’t be involved in their child’s education? Shameless gaslighting to prop up a candidate the left knows is in serious trouble. Get out and vote Virginia!”

Editor at conservative blog RRH Election, Izengabe wrote, “Loudoun County, VA school board covered up a student’s rape & then tried to get parents who complained arrested. This isn’t a trumped up culture war issue but rather a valid criticism of how a Virginia school board is conducting their business & what the Governor will do to fix it.”

Twitter user, G’Ville Bitts said, “Schools cover up sexual assault. That’s not trumped up. That’s not culture war.  That’s a dereliction of public duty. The failure to address it is a failure of leadership.  Saying otherwise is a deflection.”

“Gender dysphoria and the trans agenda is a political ideology that knows no bounds,” she said.

“When people such as Obama think it is okay to deride parents who are concerned about the very serious issue of sexual assault in girl’s bathrooms, we as a society are in big trouble.”