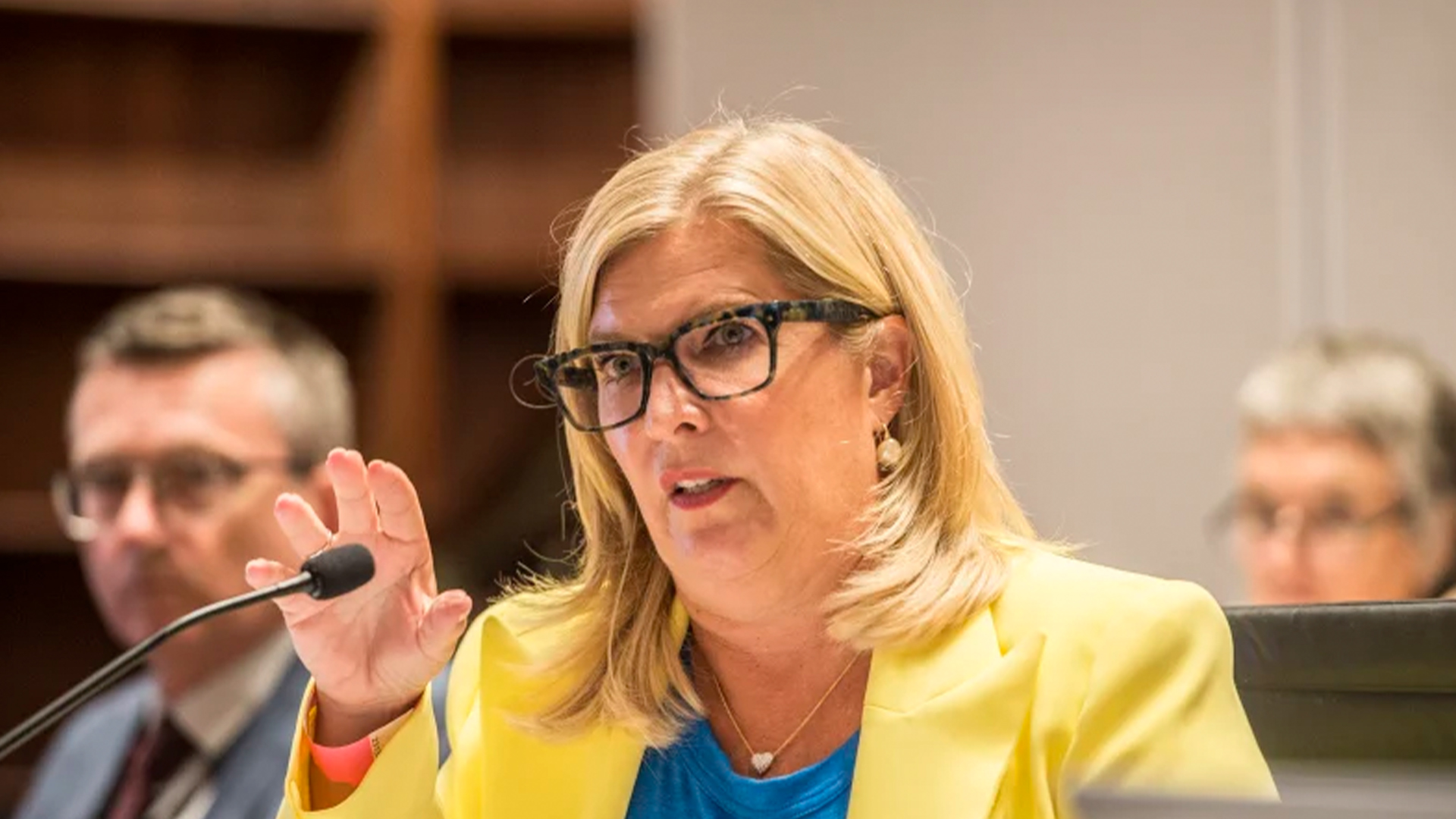 NSW Minister for Women, Bronnie Taylor, has launched a new government strategy. The minister includes males as women, so it is hard to take the initiative seriously. The minister refuses to define the term woman, and if you can’t define who women are, you certainly can’t protect or promote women.

The policy starts out with fluff and bubble statement such as:

All women and girls live and work in a safe and fair society where they are treated with respect and dignity.

All women and girls have equitable access to services, resources, opportunities and protections that enable them to thrive.

That’s all well and good if women are females, defined by biological reality. After all it is the fact that biology impacts women differently to males that we even need to discuss women’s services, spaces, protections and promotion in the first place.

How can the government provide for biologically specific female issues such as menstruation, pregnancy, birth, breastfeeding and menopause if they can’t define who a woman is – considering biology has already defined it for them?

How can the government keep women safe from sexual assault if they can’t admit women are more vulnerable due to biological reality?

How can the government provide services for women that suffer uniquely female health issues if they oppose nature’s clear delineation of male and female?

How can lesbians be protected from “women with penises” (a lot of trans women still have all their gear) if there is no definition, according to science, that women are female?

Why does Bronnie Taylor conflate sex and gender? Why does she reject the notion that lesbians rely on biological reality whereas transwomen deny it? Why does she select and promote the plight of males who appropriate womanhood over and above actual women?

The report says 4,087,995 women in NSW. That means 51% of people in NSW are women. The clincher is, Bronnie Taylor can’t tell you what a woman is. In her opinion, anyone who identifies as a woman is a woman. And she gets quite mad with anyone who challenges her. NSW minister for women still can’t define the term woman - Binary

The report also states that “83% of sexual assault victims in NSW are women, an increase of 10% since 2018.”  How can women be protected from sexual assault, and provided with services dealing with the grievous issue if Bronnie Taylor accepts men with penises can identify as women?

It is almost laughable that the report does indeed admit that women face unique biological challenges in health that remain regardless of political ideology. Biology really does  matters. The report states, “Combined with recent research that found women’s pain is different to men’s, it’s clear that a greater focus on and investment in women’s health could improve women’s outcomes significantly.”

Where women’s health issues, such as menstruation and menopause, are considered taboo or stigmatised, it makes it more difficult for education settings (including schools), workplaces and communities to support women and promote their progression as students and at work. Younger women and girls talked about the impact of periods still being taboo, with pain leading to missed classes, disengagement from physical activity and time off work. This stigma may be experienced in different ways, with women from diverse cultural backgrounds at greater risk. The topic may also be one of sensitivity for Aboriginal and Torres Strait Islander women.

Endometriosis is another critical area of concern, affecting 1 in 9 women. Women and girls often experience long diagnostic delays, with an average of 6.5 years from symptom onset. Recent studies have found that women with endometriosis have a higher risk of several forms of cancer, including uterine cancer, ovarian cancer and breast cancer.

Despite all scientific and medical evidence proving that women are unqiely female, the strategy aims to encourage males to appropriate womanhood by “establishing a new trans mental health and wellbeing service funded by NSW Health and operated by ACON.”

Hilariously the strategy acknowledges that “some of the key drivers and contributing factors that underpin unequal outcomes for women include: rigid gender roles and stereotypes that reinforce differences between men and women.”

The most startling claim in the new strategy is how marginalised men who pretend to be women are.

Transwomen are men. They are male through and through. No amount of name changes, pronouns, make-up, costumes, drugs or surgery can change their DNA, reproductive system or hormone production. They appropriate female stereotypes, claim to feel like women despite not being able to be one, they mask and cover up their maleness, but they are still men.

Can you please spare a few minutes today to contact Bronnie Taylors office:

Ask any or all of these questions and feel free to add your own comments and questions. Make sure you indicate you would like a response.

Can you define women/girls without relying on stereotypes or caricatures?

Why do you perpetuate the lie that a person can change their sex?

How is it fair and safe to allow males to compete in female categories of sport? Why can’t they compete in open or mixed categories?

What do you say to lesbian women who refuse to associate with men who claim to be women with a penis?

Why don’t you encourage young girls to accept who they are without having to go on drugs to appropriate male stereotypes? Can’t they be masculine girls?