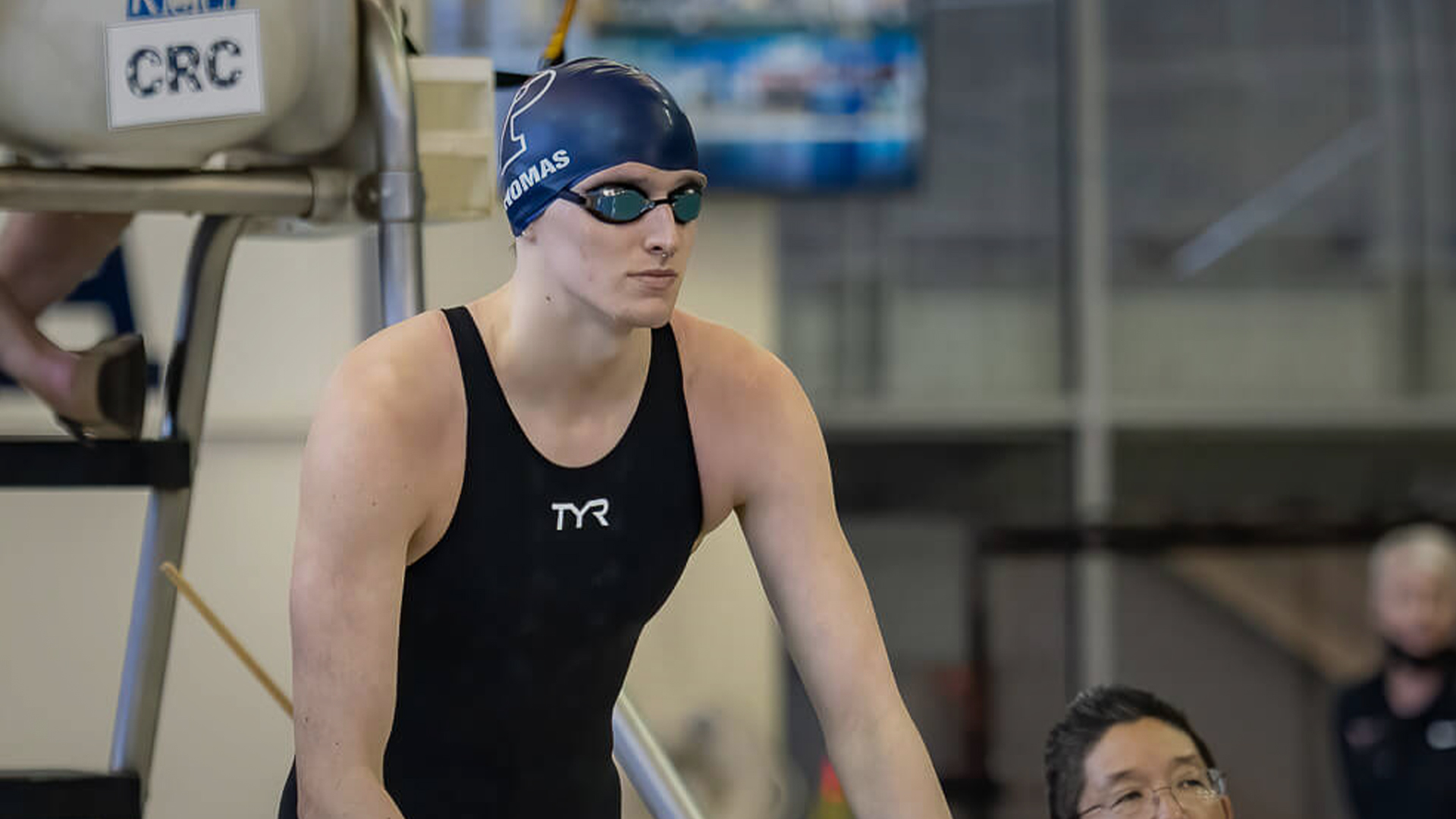 Male swimmer Lia Thomas, who has been making a mockery of women all season by competing in the female category, has now been nominated as the ‘Woman of the Year’ for the National Collegiate Athletic Association (NCAA).

Kim Jones, a mother of an Ivy League swimmer who competed against Thomas slammed the move, calling it ‘humiliating and devastating’ and says it sends a message that 'women don't matter.'

'[The message is] they're not even worthy of dignity and comfort in their locker rooms,' Jones said. 'And this nomination is just the embodiment of that message. It's really frustrating to understand where the current NCAA and Ivy League and especially Penn's stance is on the value of women in modern society.'

'There is a biological difference between men and women,' she continued. 'And if we can't agree that that foundational truth is a reality, then how can we protect our girls and women?'

Jones added that college athletes spend countless hours training, which is 'dismissed' when biological males can compete against them with unfair physical advantages.

'That's what all that effort, all those hours, all that hard work and the journey that was supposed to be so empowering and fulfilling has been reduced to something that people think is a sideshow. It's really frustrating,' she said.

Smith also tweeted, ‘How many women’s awards are we willing to surrender? The Ivy League choosing a male as their nominee is doubling down on their anti-woman campaign.’

The announcement caused a massive backlash on social media. Riley Gaines, a fellow nominee from Kentucky and tennis legend Martina Navratilova were among others who expressed their dismay.

Gaines tweeted, ‘[T]his is yet another slap in the face to women. First a female national title and now nominated for the pinnacle award in collegiate athletics. The NCAA has made this award worthless.’

Navratilova tweeted, ‘Not enough fabulous biological women athletes, NCAA?!? What is wrong with you?!!!!!!!?’

Even high profile transgender woman Debbie Hayton, a physics teacher, joined in saying, ‘I urge Thomas to do what is right and respectfully decline the nomination, and possibly generate some respect.’

Binary spokeswoman, Kirralie Smith, said the nomination was offensive and made a mockery of women.

“What an insult! The NCAA has a lot of female athletes who are worthy of this award,” she said.

“To even consider giving it to a man who has simply changed his name and taken some drugs to appropriate womanhood is offensive.

“Thomas can never change his sex, he can never be a woman. The NCAA is making a mockery of women to entertain such nonsense.”