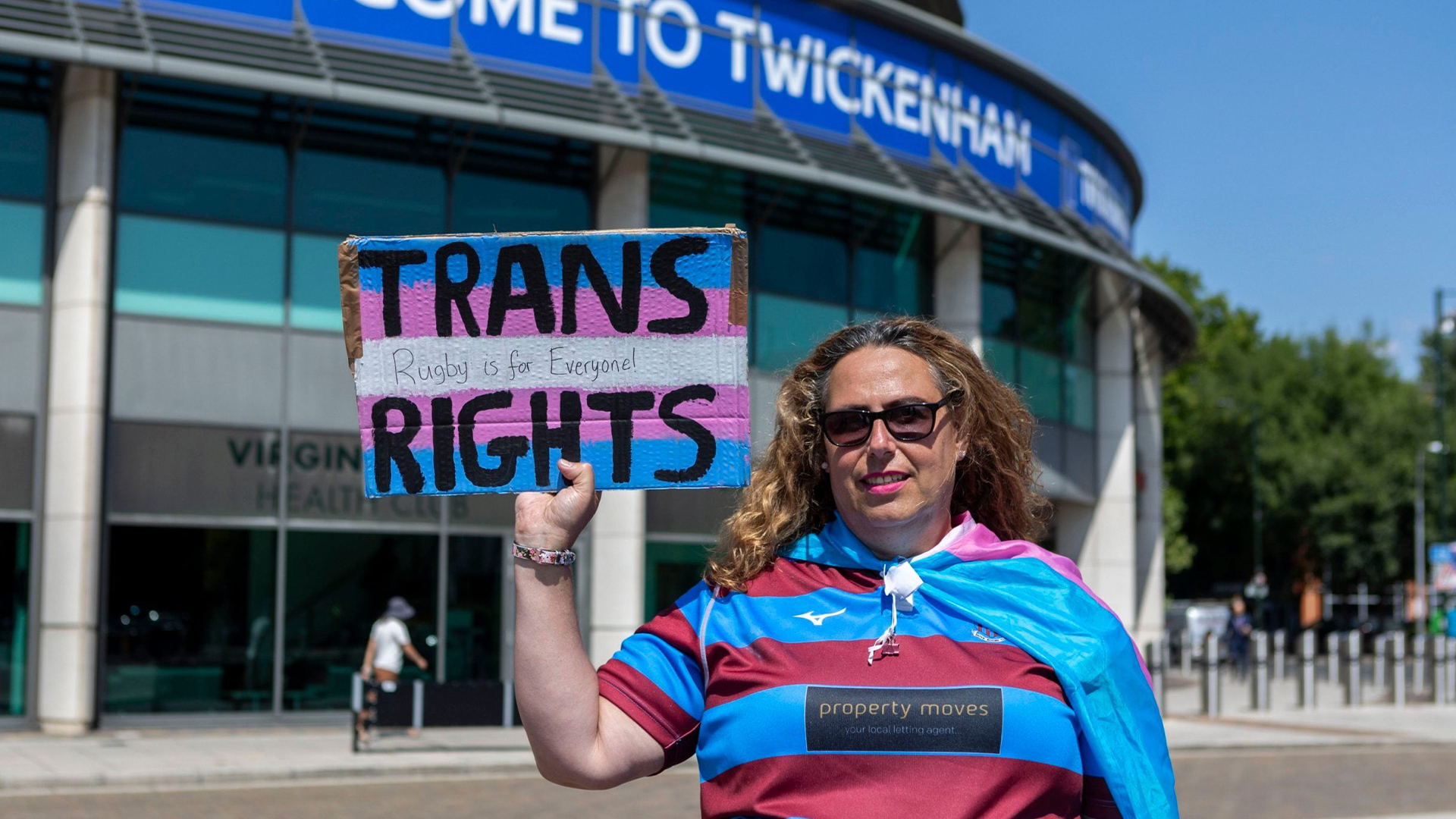 A male who appropriates womanhood is upset he can no longer play rugby union with the women.

Julie Curtiss, a man, has threatened legal action if he can’t access women’s spaces and sport.

The 52-year-old claims he is “distraught” at not being able to play or use the women’s change rooms. He can still participate as male but refuses to do so.

“This issue is not about me – it is about young trans women and girls who now have no route into this sport, a sport which inherently supports diversity in strength, height, speed and weight,” Curtiss told Telegraph Sport.

“Society in general has a hard enough time getting youngsters to play sport, and now the RFU have closed the door to an entire section of the population.”

It is a very small number of the population, and they can still play as male or in open competitions. They just don’t want to. They want to impose on women’s sports.

The Rugby Football Union will fight the claim.

“We are in receipt of a pre-action letter of claim and will be responding via our appointed lawyers," an RFU spokesperson said. “We believe any potential claim is without merit and we will robustly defend the case.”

Curtiss claims in the letter that there should be exceptions to allow males to appropriate womanhood.

“It is difficult to see how a blanket ban with no exceptions could be justified as necessary,” the letter reads. “Allowing a particular trans woman to play in the female category for contact rugby may not raise any issues in respect of fair competition or the safety of competitors, and if so her exclusion cannot be justified.”

Kirralie Smith, spokeswoman for Binary, said males who insist they are women should not be appeased.

“There should be no exceptions,” she said.

“Males play in male competitions or mixed or open teams. Women’s sport is for female players only. Fluid guidelines are too difficult to enforce and will never be consistent.

“Trans are not banned, they are just having a dummy spit because they don’t like the options given to them. In most cases these men have several options whereas women only have one. Leave our sports alone for the sake of safety, fairness and decency.”