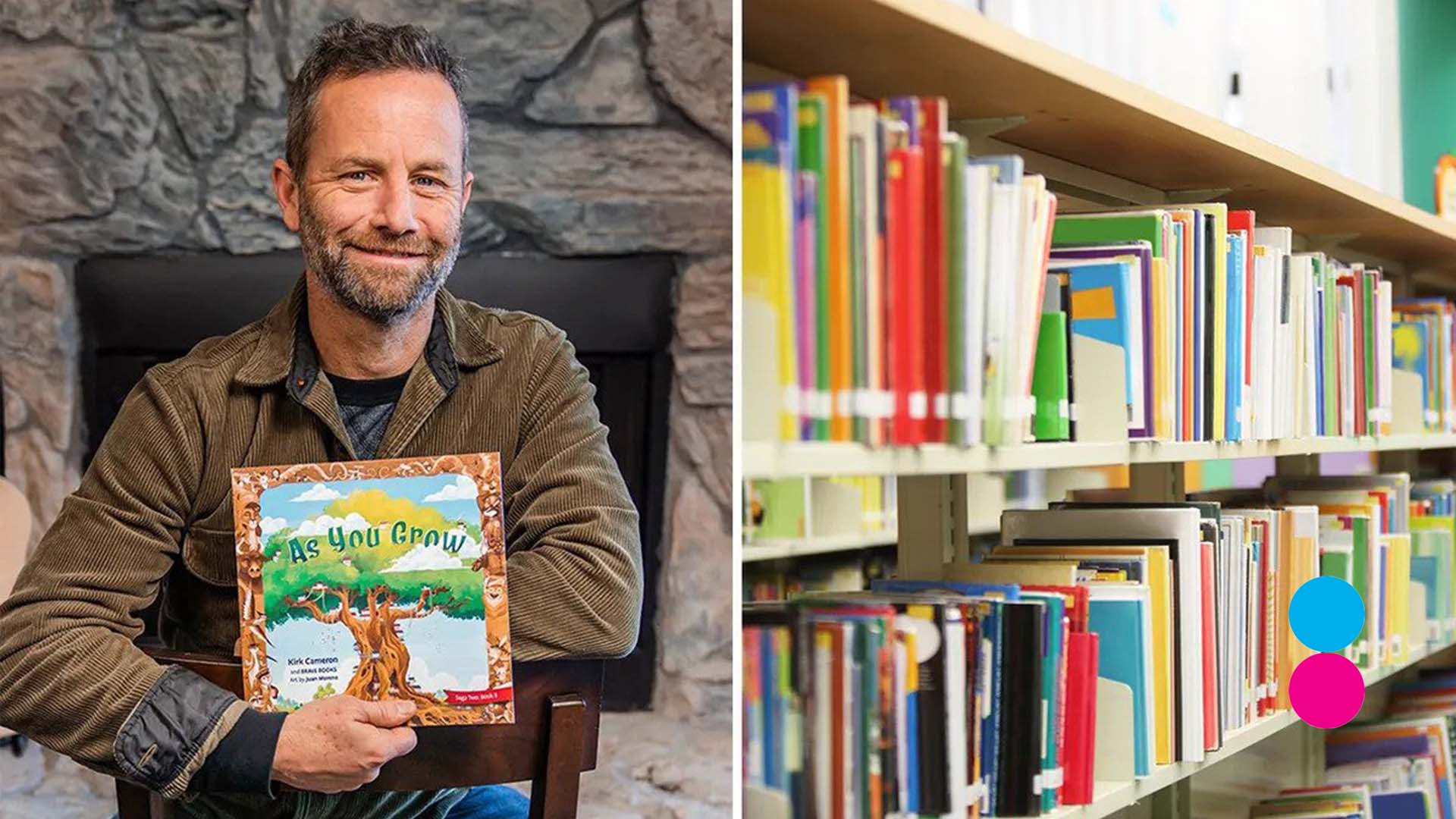 The committed and outspoken Christian has written a book called “As You Grow” and will host his own story hour in libraries in New York and Indiana.

The 52-year-old actor’s publicist told Fox News that two libraries “caved,” confirming Cameron would be reading his book “As You Grow” at a library in Indiana and another near New York City. After they initially refused to host Cameron, he threatened legal action.

“I’m happy that the two libraries changed their decision and will allow my voice to be heard and my book to be read,” Cameron said.

“I hope they realized that their position of denying me a story hour reading was not only unfair and illegal, but that we would all be better off if we listened to each other’s perspectives,” he added.

“I hope that this victory acts as a source of courage for Christians and conservatives across the country to be brave and not back down, making sure that we are the salt of the earth and the light of the darkness,” he continued.

The Fox News article includes an image of the “Growing Pains” star holding a sign that read, “We won 2 for 2. See you in Indy & NYC. All are welcome.” 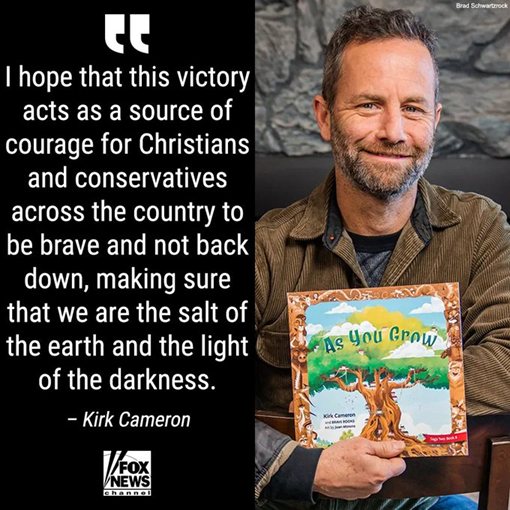 Cameron said he wrote the book to counter the onslaught of leftist ideology being aimed at children.

“There are shouts and demands for inclusion and tolerance, but only when it suits the leftist narrative,” she said.

“If hypersexualised adult males can read gender ideology books to children under the guise of Drag Queen Story hour then Christian actor Kirk Cameron must be allowed to read his faith based books as well.

“More people need to stand up to the bullies like Cameron has.

“We need to celebrate these victories of common sense and decency.”