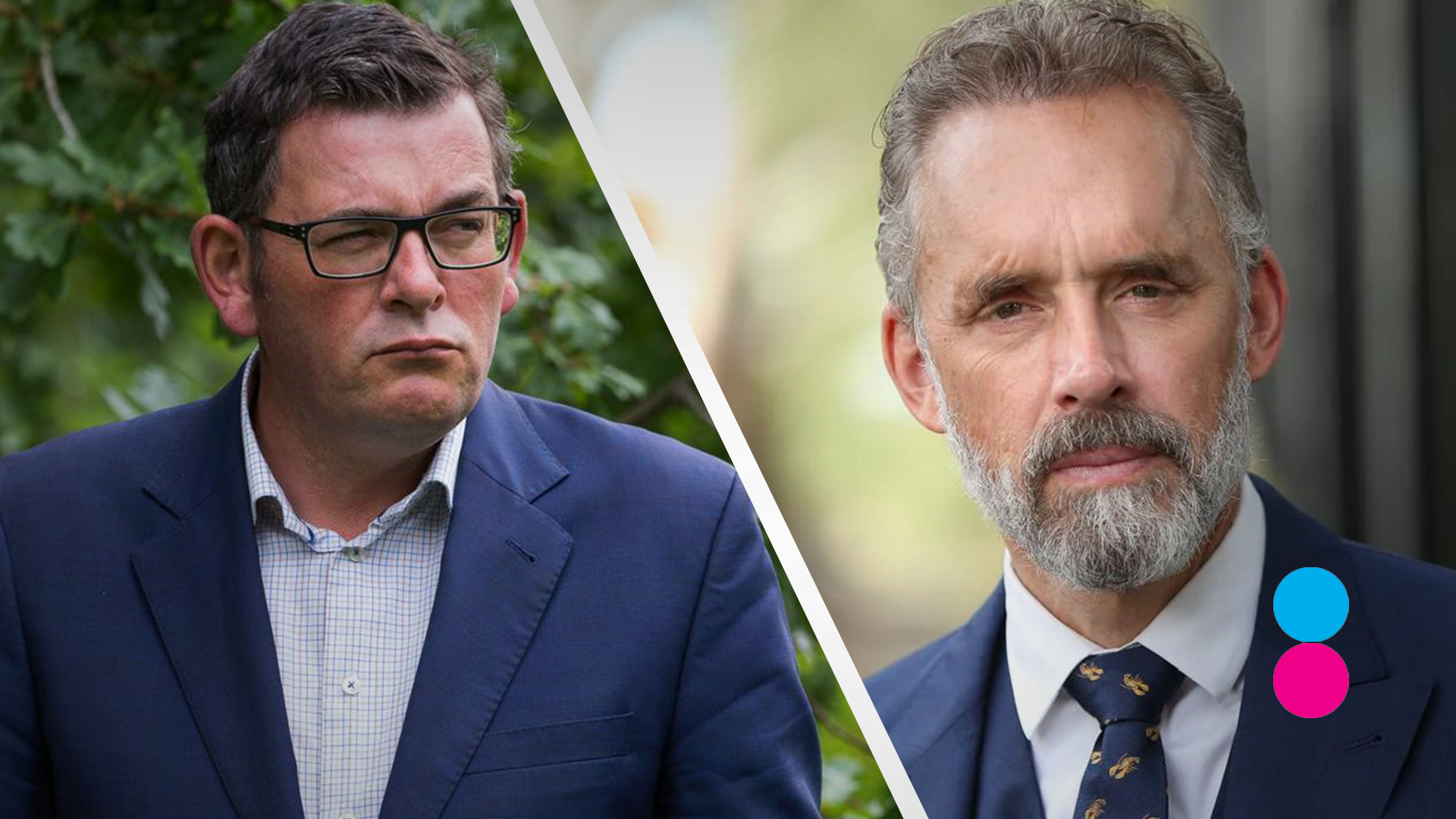 In Australia on a speaking tour, the Canadian Psychologist took to Twitter to warn all Australians to “beware” of a Victorian government policy that means schools can transition children without parental consent.

“Beware these words, Australians “it will be necessary for the school to consider whether the student is a mature minor”.

The warning came as Professor Peterson shared a tweet from Binary Spokeswoman Kirralie Smith highlighting the alarming policy (available on the Victorian government’s own website here). It allows schools to facilitate a student’s “gender transition without the consent of their parent/s (or carer/s), and/or without consulting medical practitioners.” 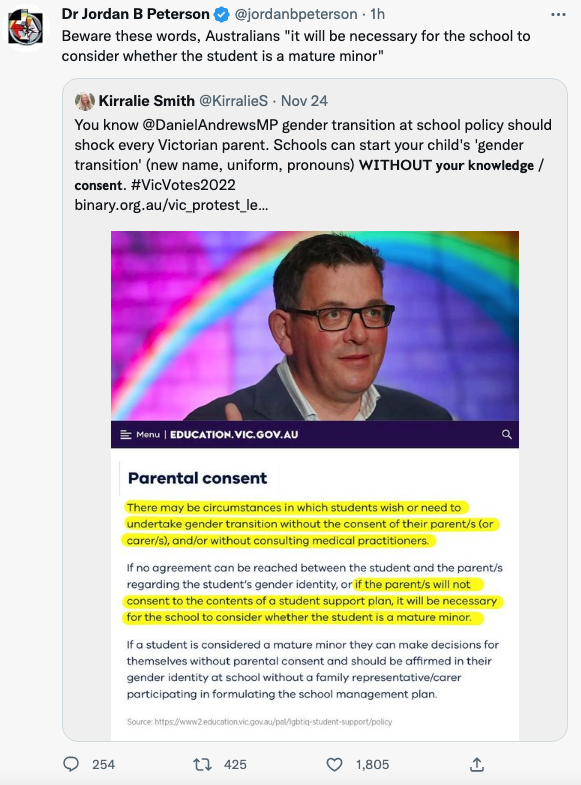 Smith and Binary have been raising awareness of the problematic and unpopular policy ahead of the election.

Peterson’s warning comes less than 24 hours before Victorians take to the polls to decide the state’s future and Dan Andrew’s fate.

The distressing and widely disliked policy is sure to be a key element of the election on Saturday, November 26.