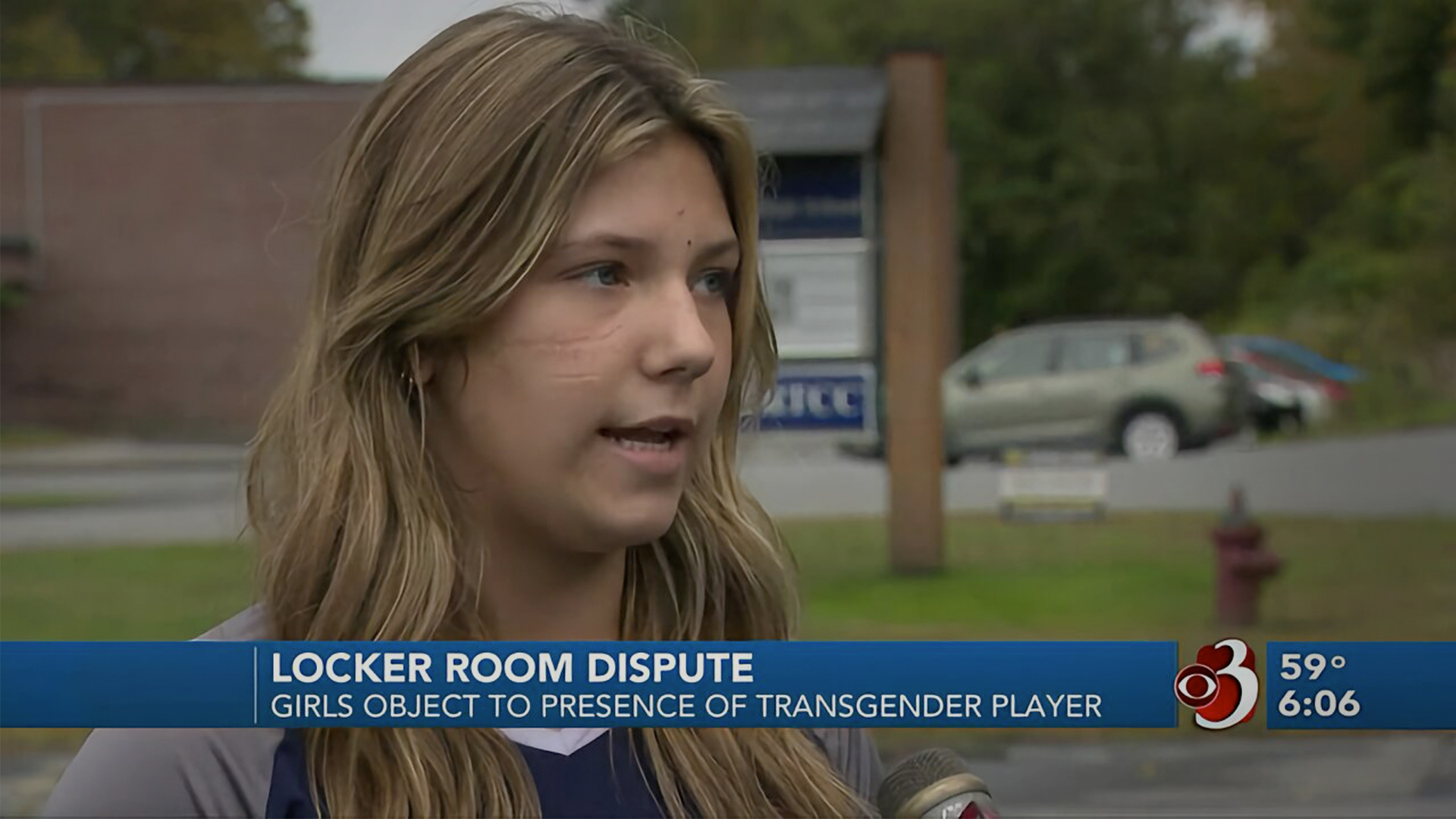 Teenage girls who were told to go elsewhere if they objected to a male in their changerooms have joined together to speak out about the oppression they have faced at a school in Vermont. They now face the possibility of punishment for doing so.

The Randolph Union High School girls volleyball team were forced to share a changeroom with a male who said he is a girl. The school officials backed the boy, disregarding the girl’s sex-based rights.

School Superintendent Layne Millington is reportedly more upset about the pushback the trans student received than the girls being forced to share their private space with a male. The girls are upset that their feelings, dignity and privacy are being compromised for the sake of the boy’s feelings.

A male was in our locker room when volleyball girls were trying to get changed,” said Blake. “And after I asked him to leave, he didn’t, and later looked over at girls with their shirts off. And it made many people uncomfortable and feel violated. And I left as soon as I could in a panic.”

“It’s not fully the trans student’s fault,” she added. “It is much more the school board’s fault and they’re failing everyone. Not just the volleyball team, not the transgender student. They did nothing to help this situation. They still aren’t. They just want people to be in trouble and they’re not trying to help make a change.”

“I don’t want other girls to have to feel uncomfortable about it,” the high school student added. “I think everyone should be able to just get changed in a locker room that they were born as. If you were born a girl, you can go in the girls’ locker room, get out when you’re done. It should be simple and it’s not anymore.”

The almost 10 minute mini-documentary is moving and compelling. The girls express that the boy has more rights than the girls when it comes to changerooms. None of them regret challenging this policy and hope it will have a lasting impact on debate and policy.

Kirralie Smith, spokeswoman for Binary, commended the girls and their families.

“In this day and age of cancel culture and intimidation, it is very brave for these girls to speak out,” she said.

“It is the right thing to do.

“Unless others join the fight and add their voices to the mix, more girls will suffer a loss of rights, dignity and privacy.

“This is not about feelings, it is about facts and sex-based rights.”