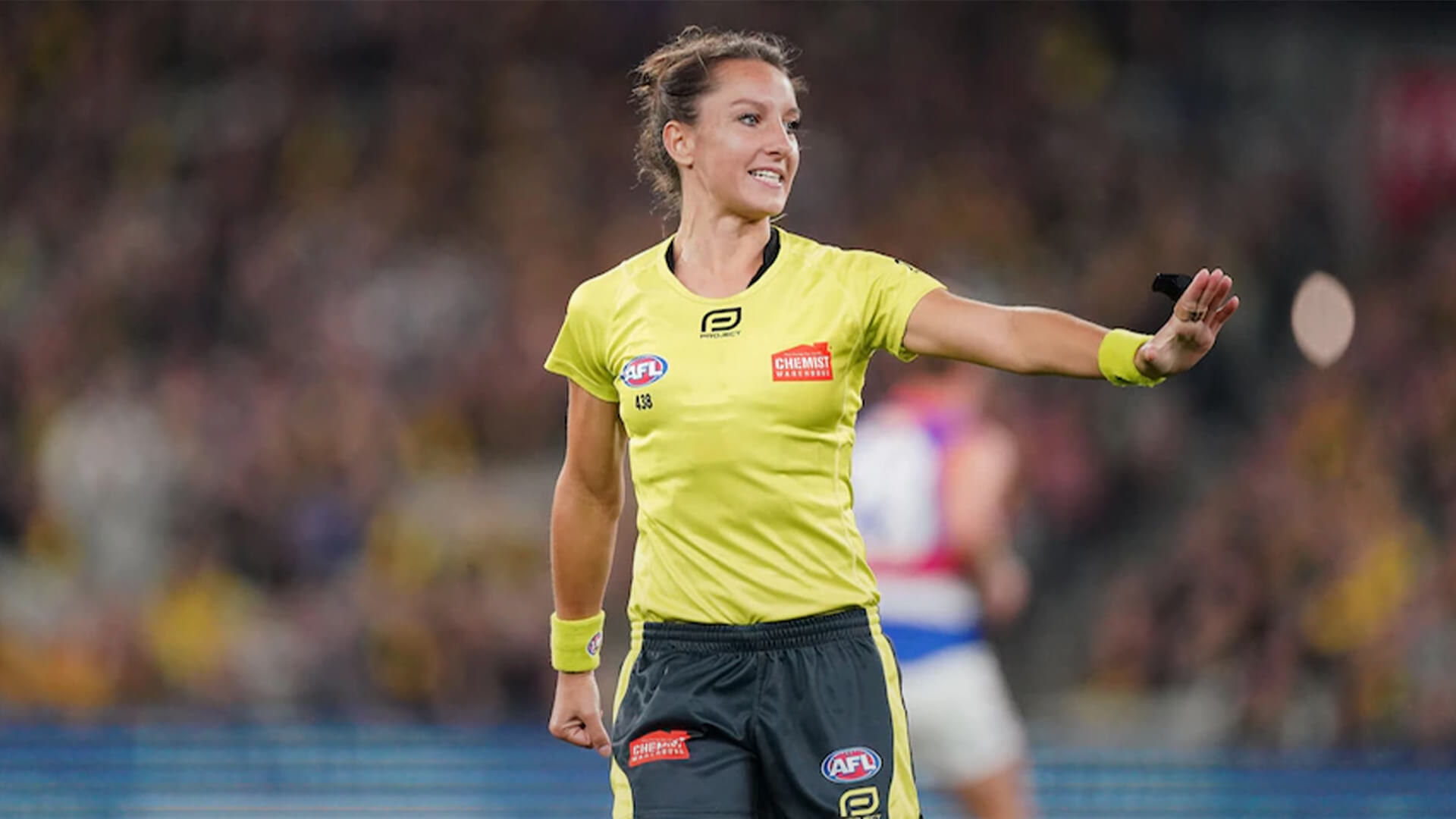 The AFL has again come under fire for not protecting or promoting women. They can’t even define the term “woman”, so it is really no surprise.

A 62-page report by Sydney University, “Girls and women in Australian football umpiring: Understanding registration, participation and retention”, details how 27 female umpires have been sexually harassed and discriminated against – because of their biological sex.

They go to great pains to state one is “non-binary”, which is utterly meaningless as this is about sex, not gender. The report was about 27 females – all determined according to biology.

The AFL did not want the findings made public. And no wonder. It proves that being a woman, female, has specific challenges and disadvantages in a male dominated sport.

The comments made by the female umpires are damning and are specifically related to being female. A selection of comments by different umpires reveal that being the push for “gender equality” and the insistence gender is irrelevant is ridiculous.

“I used to receive messages of nudes that other umpires would send to me,” one state-league umpire told the report, seen by the Herald Sun.

“And umpires during games would inappropriately touch me, like when we’re umpiring together and things like that.

“The coaches could have called out some of the inappropriate comments at training if they heard them - this would indicate to female umpires that the environment wasn’t the boys club we were used to and that those sort of inappropriate remarks weren’t tolerated.”

“When we umpired games together, he would always touch me and grab at me,” she said.

“The thing that really stings about this is that there were other umpires around when this happened, but no one ever said anything.

“There were always the constant misogynistic comments I received from multiple members of the academy group, which added to my discomfort.

“I openly overheard a group of guys talking about my boobs at training one night,” she said. “I was walking up the stairs, and I overheard them being literally like, ‘Oh my god, have you seen (name withheld) tits?’ And I turned around and I looked at them, and I was like are you serious?

Change rooms are of course an issue. Several female umpires expressed their discomfort getting changed in front of “grandpas.”

Clear protocols around umpires showering and changing and improving infrastructure are desperately needed, according to the report.

One state has a policy – shirts and shorts stay on in common areas and ice baths.

Break the rule and you’ll be in the reserves next week. But it appears there is much more work to do.

“That place sucks. You’re getting undressed with grandpa. That’s not normal anywhere else,” one umpire said of one facility.

Some girls asked the men to step outside while they changed – further separating themselves from the group – but not all felt comfortable taking the initiative.

“It just seems to be particularly change rooms, the old stance of it’s a boy’s club and we’ll go and shower and walk out in a towel,” one girl said.

“That’s not acceptable under any circumstances, whether it’s young boys or young girls, it’s not okay.

The AFL has a problem because it is trying to be progressive and woke. Until it can define the term “woman” and acknowledge biological differences do matter they will continue to face these problems.

Males and females are different. It doesn’t matter if someone wants to label themselves non-binary or transgender. Biology matters and women deserve protection.