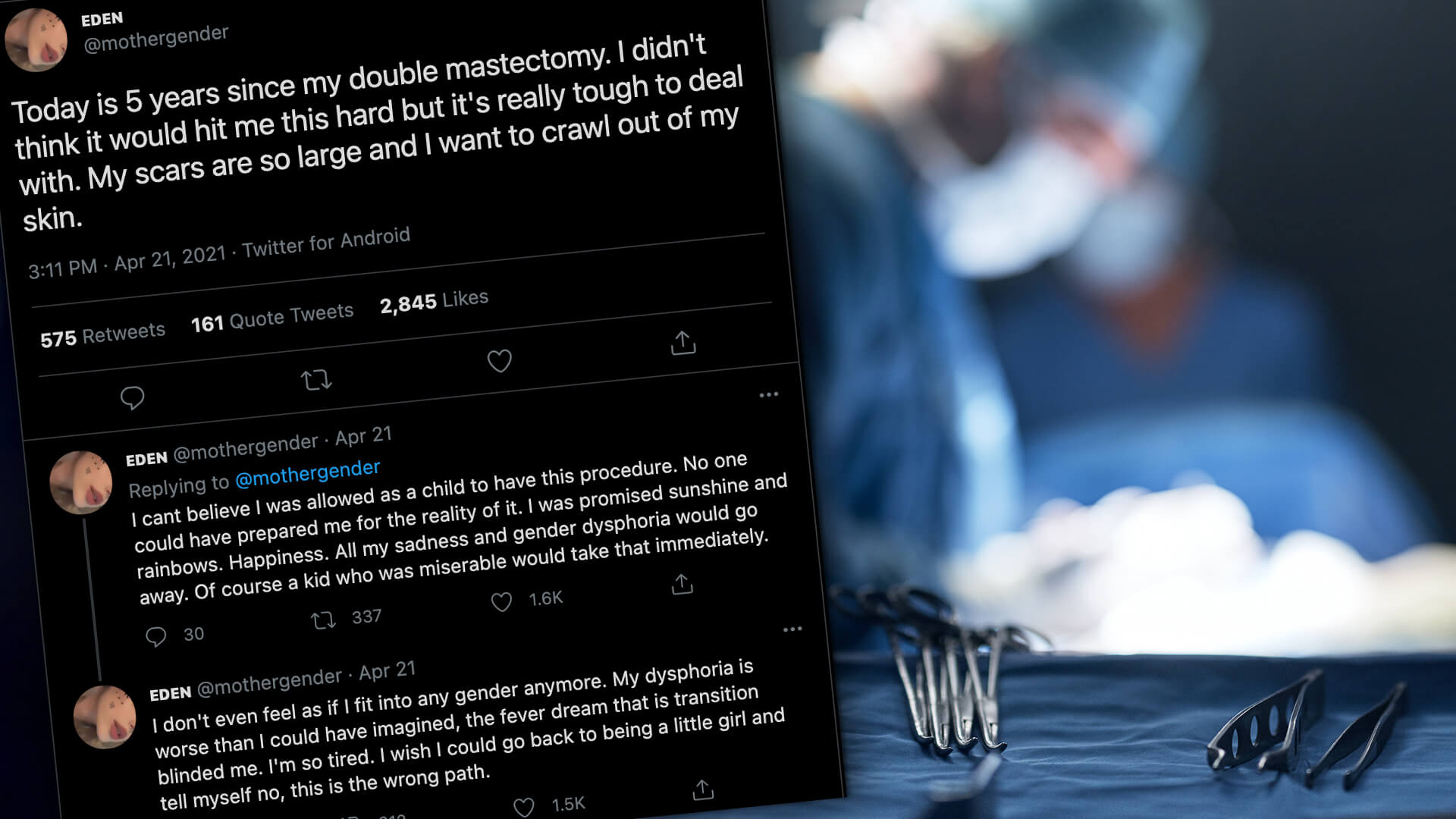 “Today is 5 years since my double mastectomy. I didn't think it would hit me this hard but it's really tough to deal with. My scars are so large and I want to crawl out of my skin.”

“I cant believe I was allowed as a child to have this procedure. No one could have prepared me for the reality of it. I was promised sunshine and rainbows. Happiness. All my sadness and gender dysphoria would go away. Of course a kid who was miserable would take that immediately.”

“I don't even feel as if I fit into any gender anymore. My dysphoria is worse than I could have imagined, the fever dream that is transition blinded me. I'm so tired. I wish I could go back to being a little girl and tell myself no, this is the wrong path.”

The thread has been retweeted, engaged with and commented on thousands of times.

It is one of an increasing number of twitter users who are opening up about their transitioning journey and the many regrets they now have. Eden’s tweets stand out because she says she was a minor when she had the surgery. She didn’t state how old she was but there are reports of children aged 16-17 years having mastectomies as a part of their transitioning treatment.

Other twitter users poured out compassion and some shared their own stories. Many called for the medical staff responsible to be sued.

“Allowing children to undergo any medical intervention for gender dysphoria is unacceptable. The medications are still experimental, and the long-term effects are poorly studied or documented. Many medications and nearly all the surgeries are irreversible. How devastating for this young woman who is now suffering serious consequences. Minors are not allowed to engage in so many other risky behaviours by law, why this one? How many others will have to suffer before the reality of such drastic treatments is realised?”