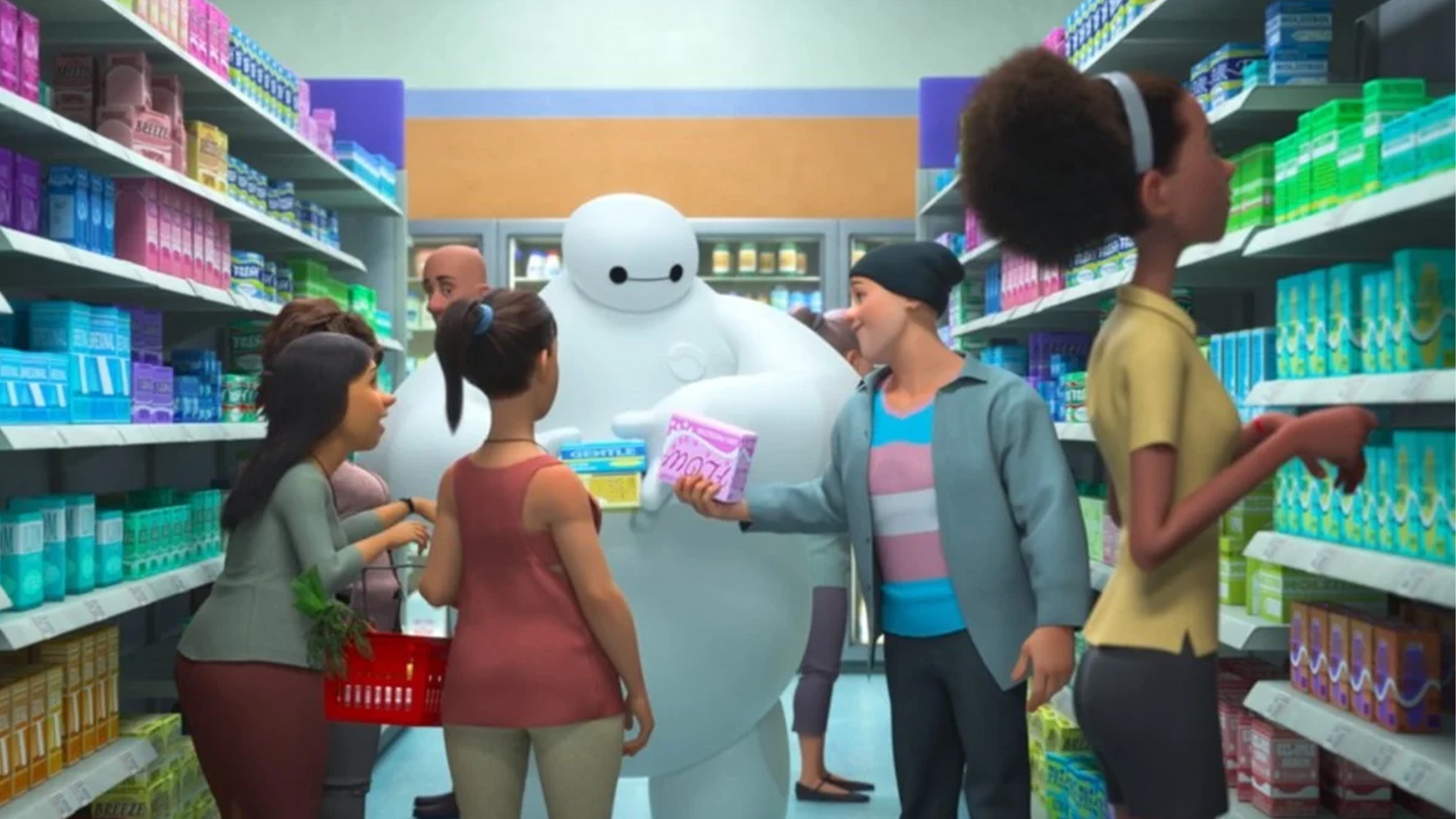 It is no secret that Disney executives want to expose children to sexualised content. They are open, persistent and brazen in their efforts.

A new episode of Baymax to be streamed on Disney+ has joined the parade by featuring a transgender man who buys tampons at a supermarket.

Christopher Rufo, the conservative academic from the right-leaning think tank the Manhattan Institute, said he had “obtained leaked video” on Tuesday from an upcoming episode of “Baymax!”, which is a six-episode spinoff of the popular hit film “Big Hero 6.”

In the scene, the protagonist, the Marvel Comics superhero nurse robot Baymax, is in the aisle of a supermarket in the fictional town of San Fransokyo browsing women’s hygiene products.

Baymax, who serves as a “personal healthcare companion” for the residents of the city, is trying to help a 12-year-old girl named Sofia who in an earlier episode confided in her superhero friend that she was having her first period, the Houston Chronicle reported.

The show features discussions about menstruation and period products.

Sofia told Baymax about her menstrual cycle during an intimate conversation in an all-gender bathroom just before she was supposed to perform at a school talent show.

“I wasn’t prepared for this!” an anxious Sofia tell Baymax.

“And the dispenser’s empty! And I don’t even have a thing! A tampad. A pad-pon. A maxi-pad-pon with wings?”

Baymax then takes the girl to the supermarket and asks several shoppers for recommendations.

One of the customers is a man wearing a shirt that represents the transgender flag.  He said, “I always get the ones with wings.”

Rufo accused Disney of promoting “the idea that men can have periods to children as young as two years old.”

“It’s all part of Disney’s plan to re-engineer the discourse around kids and sexuality,” Rufo wrote.

Bryan Slaton, a Republican lawmaker from the Texas state legislature, tweeted: “This is so sick and weird. We have to protect kids from the sick adults who want to sexualize them and let them be kids.”

“Children are safest when parents have responsibility for educating them and supporting them through puberty and all the changes that brings,” she said.

“Disney is an entertainment brand that should have no business in exposing children to sexualised content.”