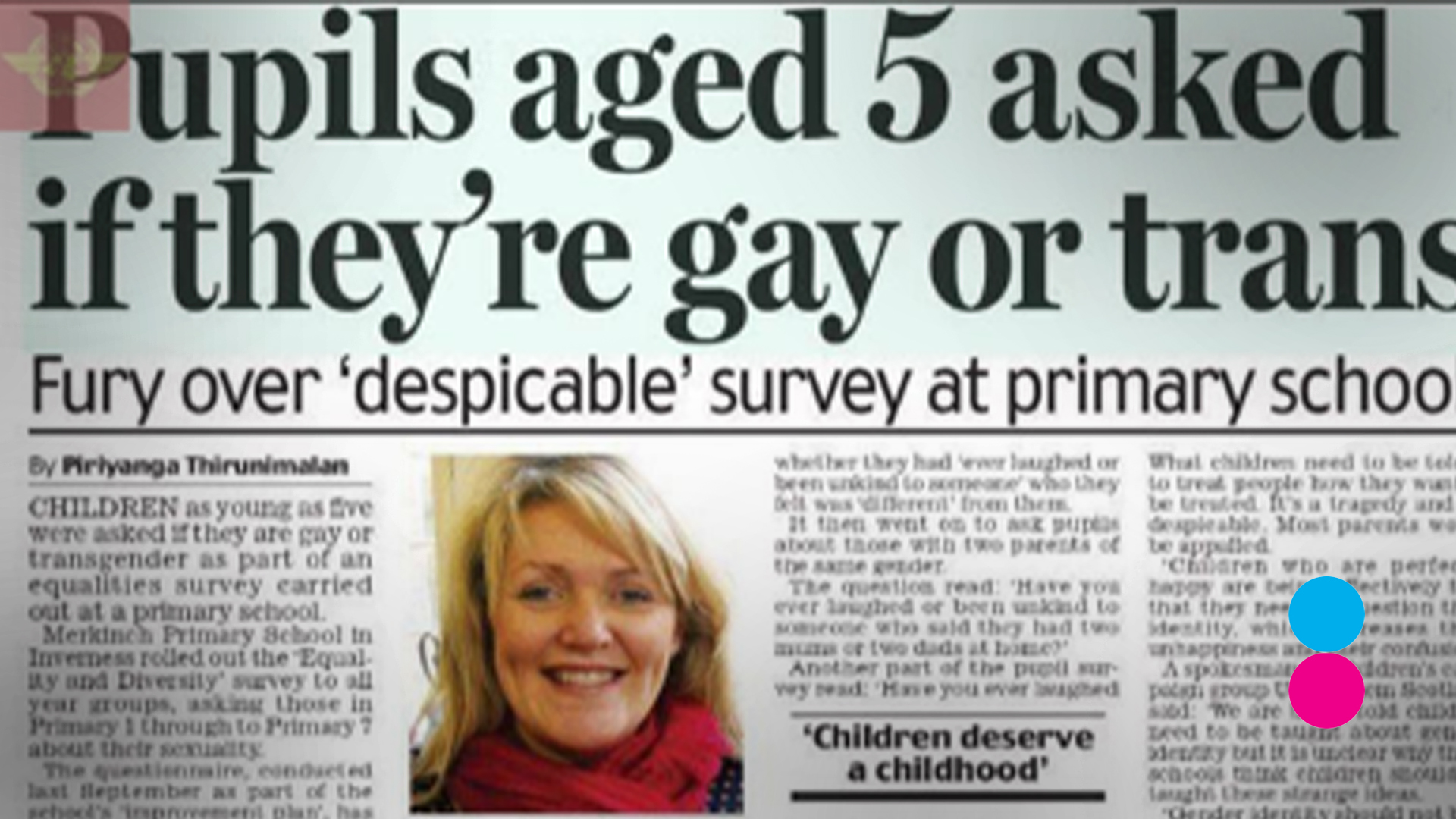 Last week news broke of a primary school in Inverness, Scotland, that has issued a questionnaire to children as young as 5 about sex and sexual preferences.

Little children were forced to think about what their sexual preferences were under the guise of an ‘equalities’ program.

It asked, “If you identify as gay or transgender, has anyone at our school ever laughed at or been unkind to you because of that?”

Immediately beneath was a pair of tick boxes for either yes or no, followed by a box reading “please tell us about this.” Children in primary 1 - aged from four-and-a-half to five-and-a-half through to Primary 4 took the survey home to complete with an adult, while Primary 5 to 7 filled out the questionnaire ‘independently’ at school.

Children were also asked if they laughed at other children who may have “two mums or two dads at home”.

“Exposing children to sexualised concepts is akin to grooming,” she said.

“There is absolutely no need to force children to think about sexual orientations or sexual identity.

“Sex is for adults, not children.

“This is a very alarming situation, there is something very wrong with adults who force children to think about sexual content.” 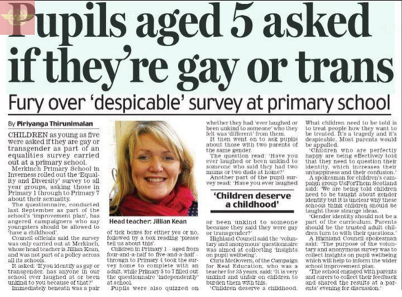