A massive majority of Australians want the federal government to legislate protections for women’s and girls’ sport, according to a new poll commissioned by Binary 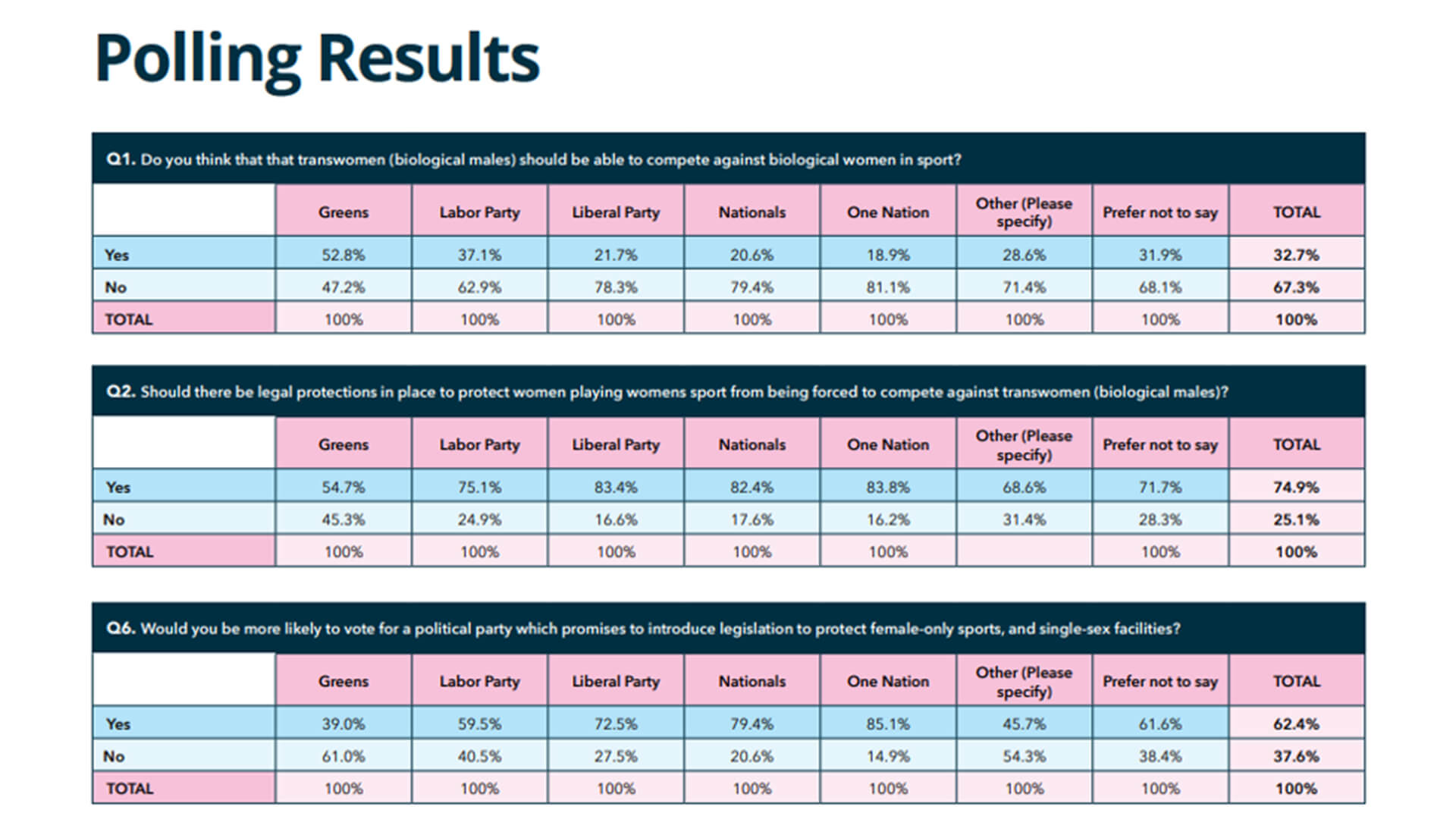 As covered in The Daily Telegraph, voters from across the political spectrum feel so strongly on the issue of transgender athletes, they’re prepared to change their vote if their chosen party won’t support women’s right to their own sports.

Binary recently conducted a nationally-weighted poll of 1500 Australians sampled from across all the states and territories and the results should serve as a warning call for politicians ahead of the federal election.

The poll asked these key questions:

The results are clear:

This is massive news. These results prove that it’s only a small number of left-wing activists who are pushing the trans agenda in sport. The majority of Australians want fairness in sport over supposed inclusivity.

Katherine Deves, co-founder of Save Women’s Sport Australasia, says polling conducted in the UK, Ireland, Canada and US had similar results.

“The overwhelming majority of Australians clearly recognise that the fundamental principles for sport of fair competition and player safety should apply to women and girls, and that our right to play sport fairly and safely should not be sacrificed at the altar of a controversial and extreme ideological position,” she said.

“Ninety six per cent of female business leaders and CEOs in the USA have a competitive sports background, so every time a male exploits the opportunity to take up space in female competitions and teams, he is depriving those young women of the opportunity to excel in life.”

Kirralie Smith, Binary spokeswoman, said this should be a wake up call for politicians.

“It is clear that the majority of Australians want to see protections for women in sport,” she said.

“Both Liberal and Labor voters feel strongly that women deserve protection in sport.

“We have separate sporting categories for males and females because there are scientific, evidence-based differences between men and women.”

Jessica Konen, a mother of a Californian school student, is fighting back against trans extremism in school. She has filed...

Carolyn Burjoski, a teacher from Ontario, Canada, has been placed on leave, accused of using transphobic language during a board...