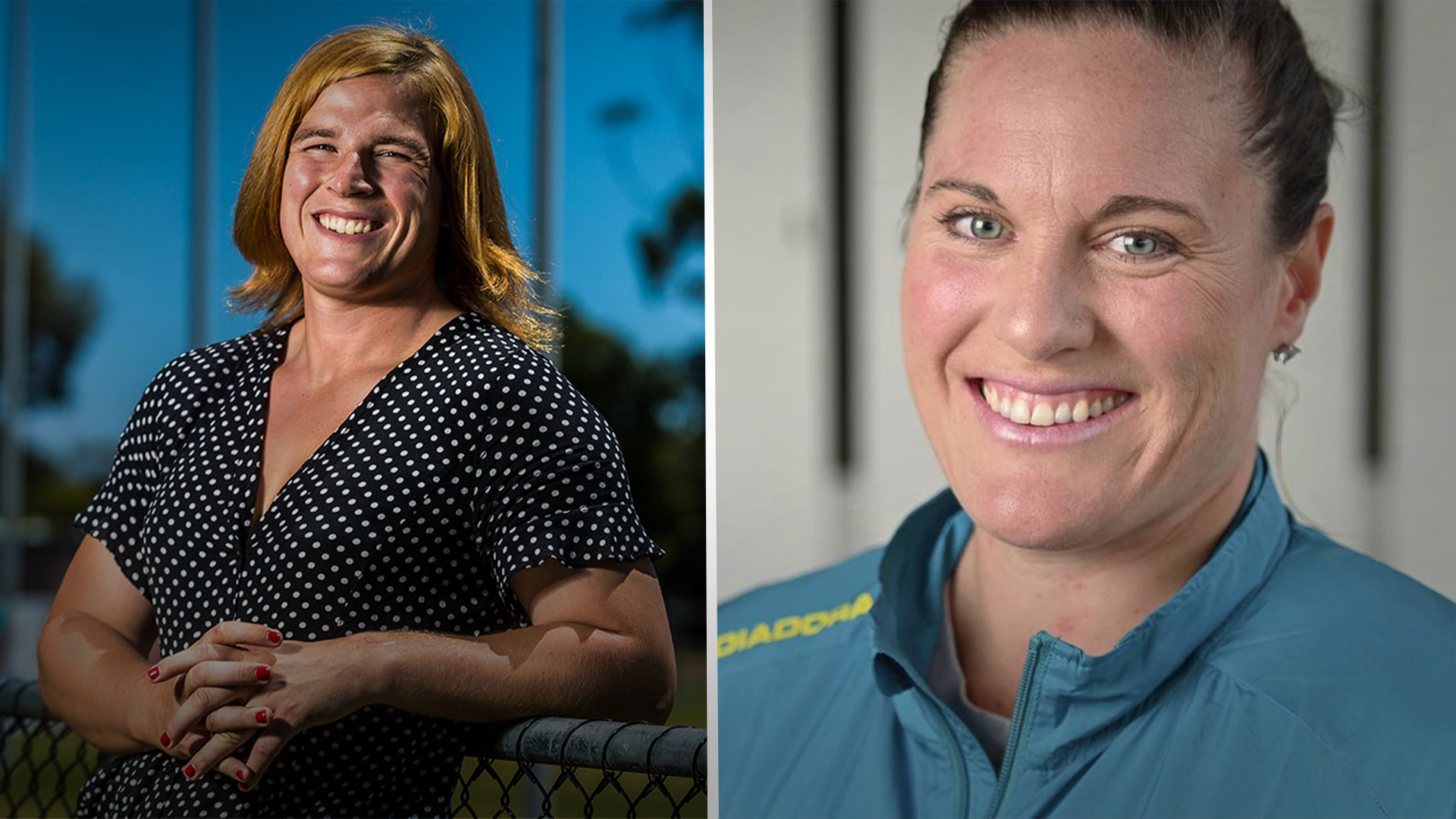 The ABC program Q & A continues to come under attack for its biased presentation of males who appropriate women in sport.

The Australian newspaper, along with social media users have drawn attention to the unbalanced episode last week. Former dual Olympian and 5x Commonwealth Games champion Deborah Lovely-Acason explained that she had to contact the program to ensure at least one female athlete’s voice was heard.

“I said to them (the ABC) as a two-time Olympian it would be good to have a female athlete speaking to the topic,” Lovely-Acason told The Australian.

“When you put yourself out as a show, either (SBS) Insight or Q+A, I just feel like you need to present it fairly and my whole thing with the transgender topic is fairness, and fairness is not about feelings.

“I would like to see everybody being able to have that discussion and their viewpoints shared.”

Lovely-Acason was a late addition via video-link and it was not advertised she would be on the program.

She was limited to just a few minutes and said it was “frustrating” she didn’t have more of a chance to air her concerns about transgender athletes participating in women’s sport.

The ABC followed up the program with an article and tweet that attracted a massive backlash. They falsely claimed trans athletes are forced to defend their right to exist. 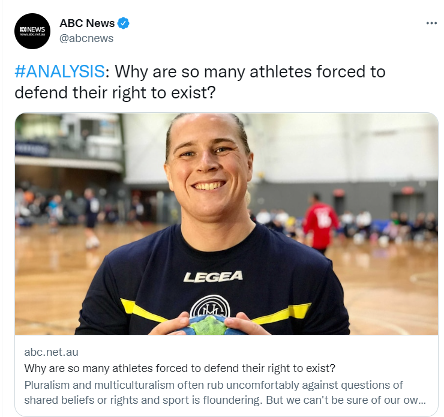 Kirralie Smith said, “No one is saying he doesn't exist. He exists as a man who appropriates out-dated stereotypes and claims to be a woman.”

Karly_Yougah tweeted, “They’re not only existing but also being featured front & centre & lauded by the media, as you are now proving. Crickets on transmen though. It's almost like we know who the men are and who the women are.”

Jude commented, “No one is disputing this man’s ‘right to exist’. Just stop with the hyperbole. He doesn’t hesitate to railroad women’s rights to their own sport & thinks women should change next to him. Women say no. Respect their boundaries big fella. Go play in the male category. Pretty simple”

Colin Wight wrote, “No man could get away with this. Well unless he identifies as a woman that is, then anything goes. It’s beyond crazy.”

Women Saying No stated, “Males wanting to compete in the wrong sex category isnt just existing, it's shitting all over women's hard won rights and sports. It's privilege.”

Gina Louise summed it up beautifully, “No one is saying Hannah cannot ‘exist’. What a ridiculous statement. Females are saying Hannah is not welcome in Female sport.

Hannah is free to play with the men. But it seems the men have a big issue with embracing their non-conforming brothers.”