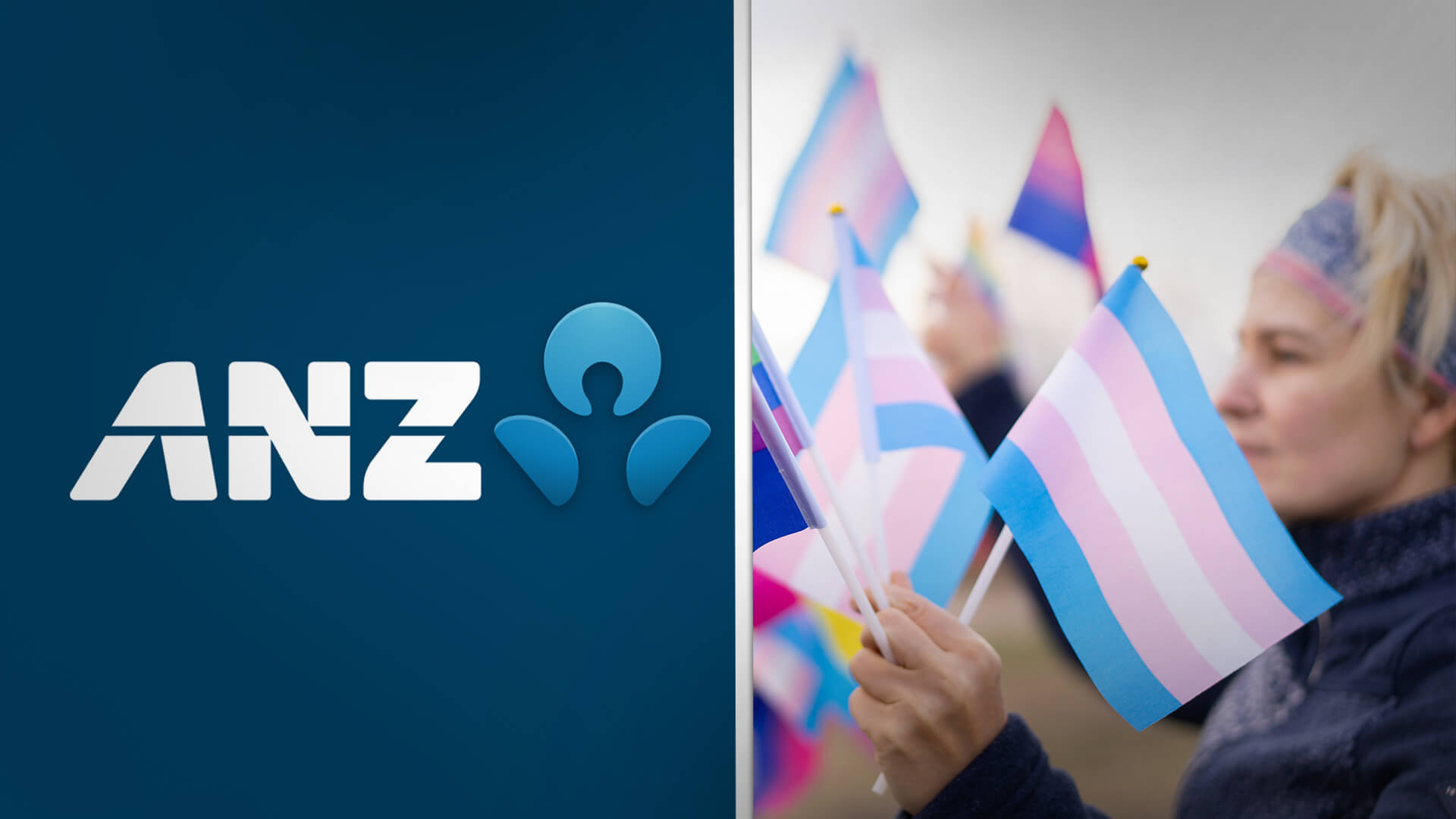 ANZ has joined Westpac in offering staff paid leave to appropriate the opposite sex.

Staff can now be paid to change costumes, make up a new name and become a daily drug user all for the sake of appearing as the opposite sex. The bank announced they could take leave for “any aspect of gender affirmation, whether it's social, medical or legal.”

Besides the six weeks of paid leave, it will also encompass twelve weeks of unpaid leave and will be added on to the normal leave entitlements granted to workers.

ANZ's Diversity and Inclusion Lead, Fiona MacDonald, said: 'This is another example of ANZ's ongoing commitment to the LGBTIQ+ community and creating an inclusive culture where our people feel a sense of belonging and comfortable to be their authentic selves.'

How is it ‘authentic’ when the person has to make up a new name, change costumes, become a daily drug user and undergo surgery to appear as something they are not? How is it ‘authentic’ to deny science and ignore reality? How is appropriation, imitation and make-believe authentic?

The bank then broke down the different ways an individual can 'affirm their gender' through either social, legal or medical means.

They described social affirmation as changing pronouns, changing your name or 'adopting the dress and style of presentation that better aligns with their gender identity and expression'.

Finally, legal affirmation involves legally changing your name or altering your name and gender on your ID and personal documents.

“Adults are free to identify however they please. They can play dress ups, change their name and become dependent on drugs in their own time, it doesn’t need to be endorsed by employers with other employees forced to comply and carry the load,” she said.

“Banks and other organisations should stick to providing the best services in their sector instead of jumping on the virtue signalling bandwagon.”