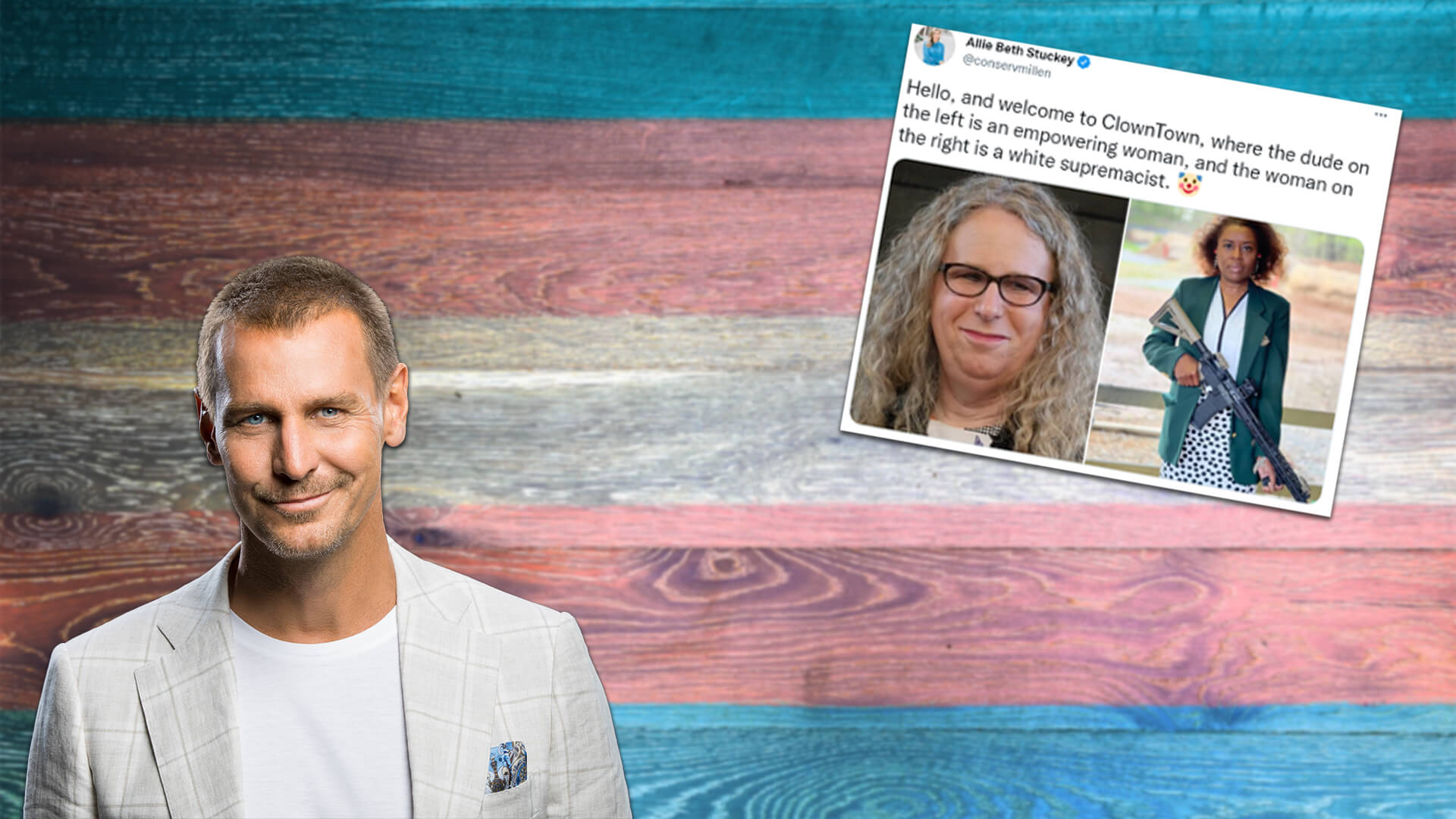 Actor Ingo Rademacher, who has starred in General Hospital since 1996, has apologised for a supposed transphobic tweet.

In reality, he tweeted support for biological reality and women’s rights but has been bullied into apologising for offending a bloke who appropriates womanhood.

He retweeted a comment and image made by Allie Beth Stuckey. It referred to Rachel Levine who is male and Virginia's new Republican lieutenant governor Winsome Sears, a black conservative woman.

“Hello and welcome to ClownTown, where the dude on the left is an empowering woman, and the woman on the right is a white supremacist,' Stuckey penned over a side-by-side image of the women.”

His General Hospital transgender co-star and trans supporters ripped into him and he made a video to apologise.

Seemingly in defense of the sentiment of his initial post, Ingo said in the video: 'While it's not okay to call a Black woman a white supremacist, I don't think it's okay either to call a transgender an empowered woman. Because where does that leave women? Women have fought so hard to get on a level playing field with men. They weren't allowed to have anything back in the day. They were nothing. I don't agree with that.'

The actor went on to add the he 'wouldn't refer to a transgender person as a dude, if they want to be called a she, that's totally fine.'

Then, directly to his General Hospital colleague, he said: 'Cassandra, I apologise to you sincerely. I think you're an absolute talent and you're very beautiful as well. I don't think a transphobic man would say that. I think you're absolutely gorgeous, I really do.'

Binary spokeswoman, Kirralie Smith, said this proves we are living in a clown world.

“Rachel Levine is a dude. He is male, every single cell in his body is male,” she said.

“The same goes for actor Cassandra James. He is male.”

“It is insane and offensive that a man feels forced to apologise for calling out the facts and stating that these men are not empowered women.

“It is disappointing that he apologised. Everyone, including celebrities, should be able to state the truth without being intimidated into submission.”