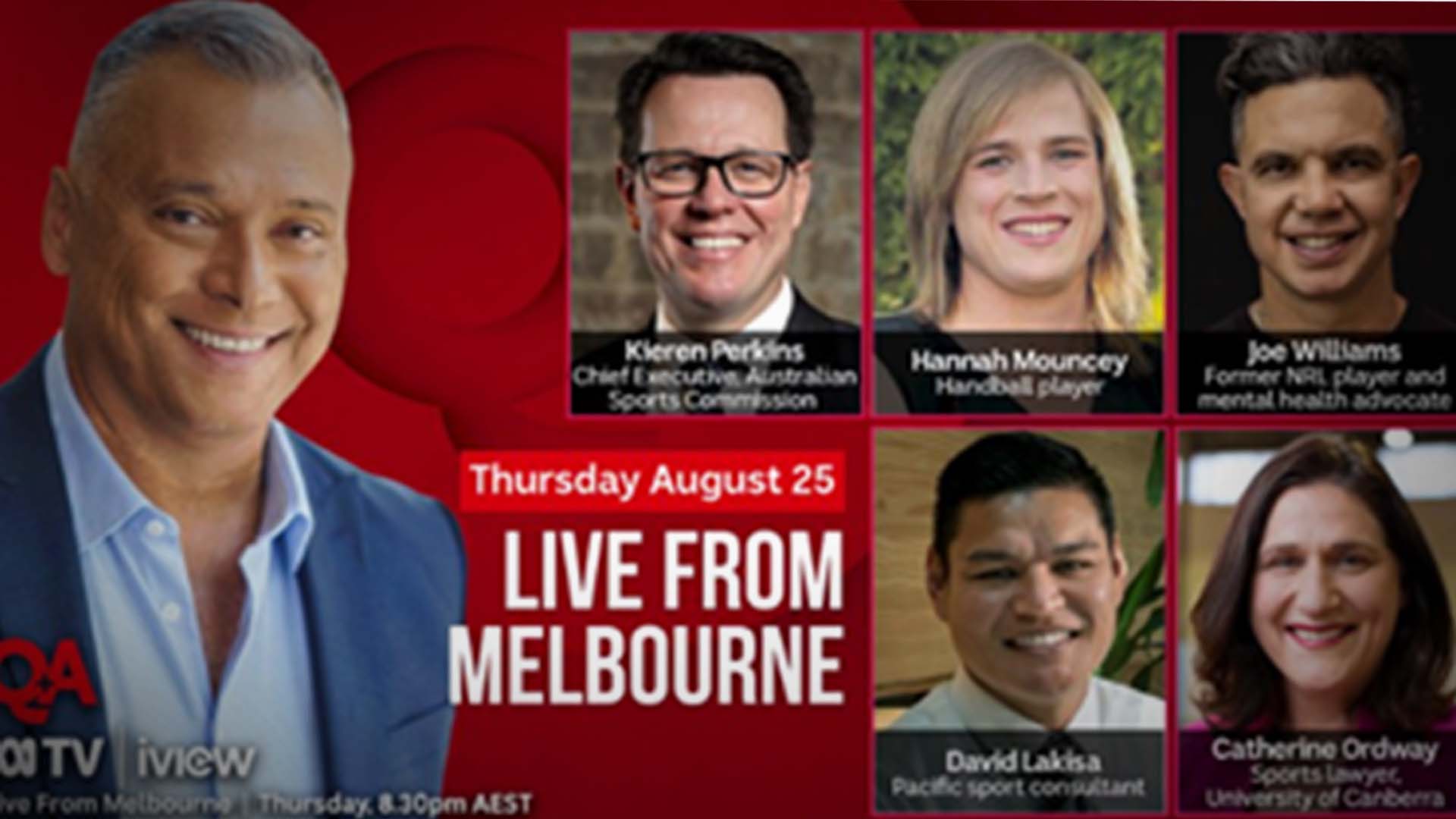 The national tax-payer funded broadcaster has exceeded themselves once again. The ABC program Q&A hosted by Stan Grant will this week be discussing transgender players in sport.

They have framed it as a debate about ethics, but have failed to include any female athletes or advocates for a woman’s right to a safe and fair playing field. 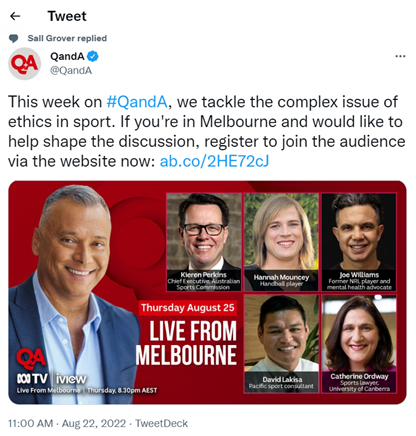 Former Olympian Kieren Perkins now heads up the Australian Sports Commission and his attitude toward female athletes is woeful. He claimed there would be ‘human carnage’ if males who appropriate womanhood were not allowed to compete as females.

Hannah Mouncey is a male AFL and Australian handball player who is a transgender pin-up “girl”. He has been rejected by teammates after wanting to use the female change room. He claims males who appropriate womanhood have no advantage over females and it is safe and fair competition.

Joe Williams is a former NRL player and author of the book The Enemy Within. It is not expected that he as a male athlete will advocate for female athletes on this program.

According to Q&A, David Lakisa, “was appointed Pacific Islander coaching and development officer for the NSW Rugby League. He says the Manly Pride jersey affair can be better understood through the lens of Pacific culture.” Hopefully, he will speak some common sense on the issue. But note, he is male speaking about female participation.

Catherine Ordway, a sports lawyer and author of the book Restoring Trust in Sport: Corruption Cases and Solutions is open in her support of males who pretend to be female via costumes, drug use and surgery. As the only female on the panel she will promote the cause of men rather than defend the rights of women to protect and promote their place in sport.

It is incredible that this taxpayer funded program discussing women’s sport does not include any female athletes, or women’s rights defenders.

Why haven’t they asked someone like five-times Commonwealth Games, dual Olympian weightlifter Deborah Acason (nee Lovely) on to speak about her experience? Deb competed against Gavin (Laurel) Hubbard at the 2018 Commonwealth Games and advocates for a safe and fair playing field for women.

It’s obvious that Q&A is not interested in the views of female athletes. This panel is full of bias and no balance. The voice of reason will be cast aside to appease the activists who think they know better.