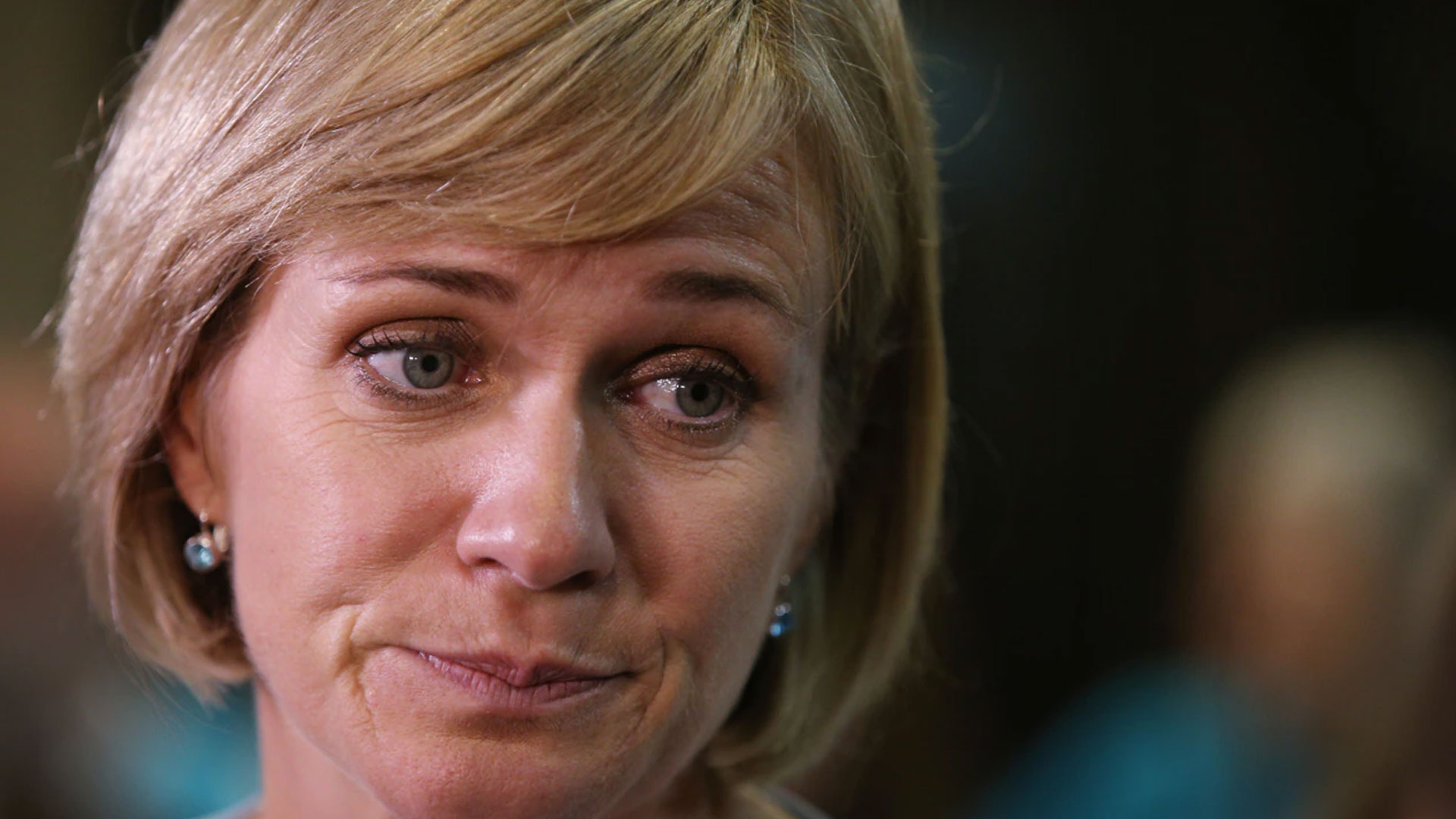 Zali Steggall refuses to say how she would have responded to a biological male competing as female against her when she won a bronze medal at the Olympics in 1998 for alpine skiing.

The independent MP for Warringah is up against Save Women’s Sport campaigner Katherine Deves who has been endorsed by the Prime Minister for the Liberal Party.

Instead, she has branded any parent concerned about males appropriating womanhood in sport as “transphobic”.

“This is about creating division, I think this is a bit of a dead cat strategy, you put something very controversial on the table and that distracts from other issues.”

“I feel there’s a lot of lying going on about the actual status quo, we already have a law.”

“And saying that parents will be concerned is just repeating a transphobia line,” she said.

When confronted about how she would feel personally up against a male she deflected by claiming “there are much bigger issues in sport”.

“No female athlete in their right mind, especially at an elite level, could celebrate a male appropriating womanhood to steal medals from women,” she said.

“No politician in their right mind could justify alienating voters by claiming parents who want a safe and fair playing field for their daughters is transphobic.”

Male athletes who don costumes and are dependent on a daily drug regime to lower testosterone still have all the advantages of male puberty such as greater lung capacity, bone density, muscle mass and memory. All of which result in greater speed, strength and stamina. It is unfair and unsafe for girls and women in sport.

“Stegall is playing politics by promoting a political ideology that is divisive and dangerous,” Smith said.

“Everyday Mums and Dads want to know their girls will have all of the amazing opportunities that Steggall had growing up.

“They want their daughters to enjoy sport and aim high if they want to without the threat of males appropriating their sex. Voters do not appreciate being called insulting names for political point scoring and for the sake of appeasing a very small minority that denies science and reality.”