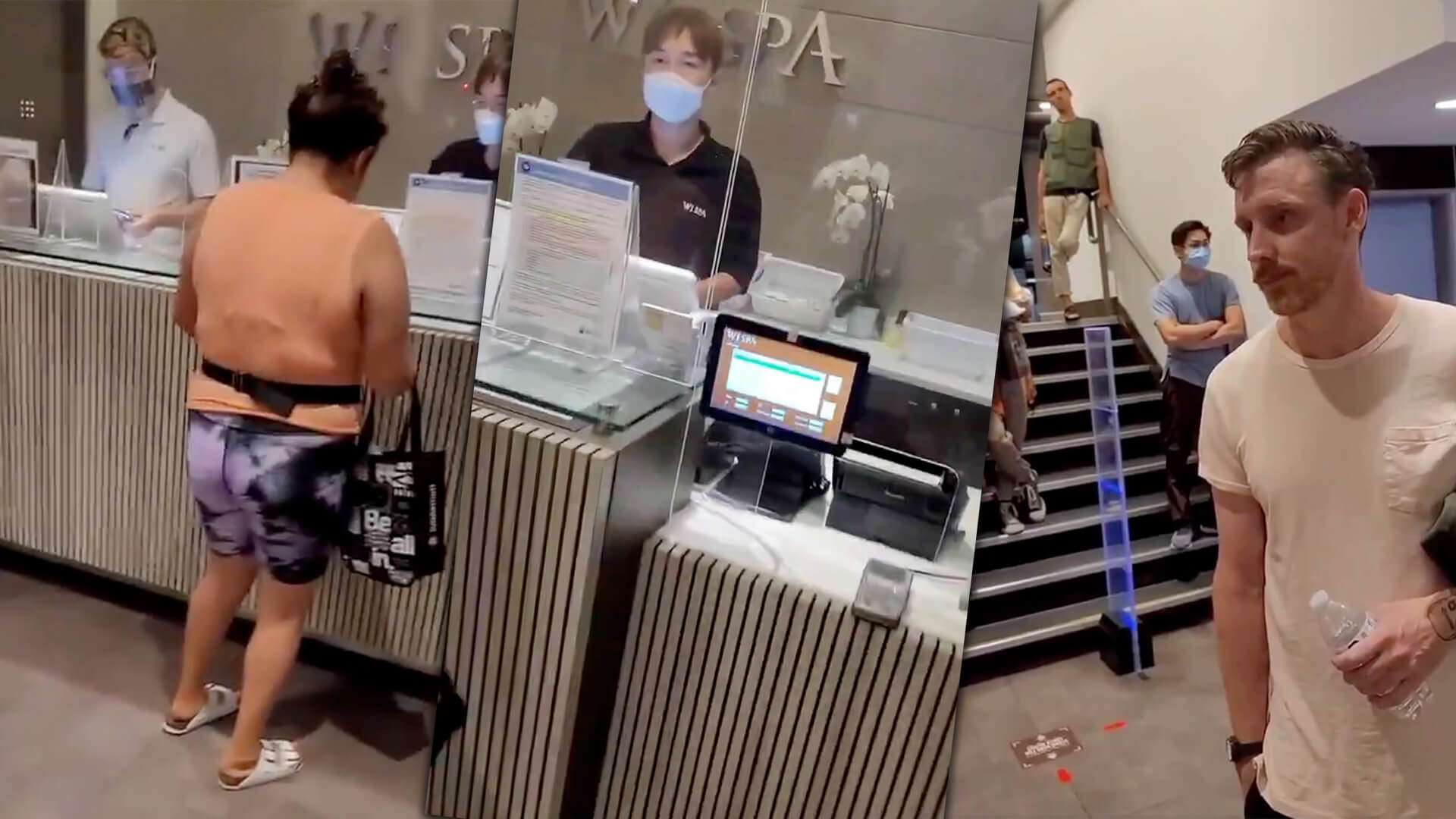 Video footage has emerged of a woman confronting staff at spa for allowing a man with a penis to expose himself in a woman’s only space.

The woman who is filming asks an employee, “So it is okay with you for a man to go into the women’s section, show his penis, around other women, young little girls, underage? Your spa, Wi Spa, condone that. Is that what you are saying?”

The masked employee appears to defend the man referring to sexual orientation and identity.

The woman insists he is a man, with a penis, and has no right to be in a women’s only space. The staff insist he can legally enter the space and expose himself as he identifies as a woman.

A female customer is seen trying to get her money back in light of the revelation.

A male customer approached the woman who was filming to insist the male with a penis should be accepted as he was transgender, accusing her of being a bigot.

The woman shot back saying she was a “strong woman who knows how to stand up for her rights.”

“It is incredible to see the male staff and customers defend another man who exposed his penis in the women’s only section,” she said.