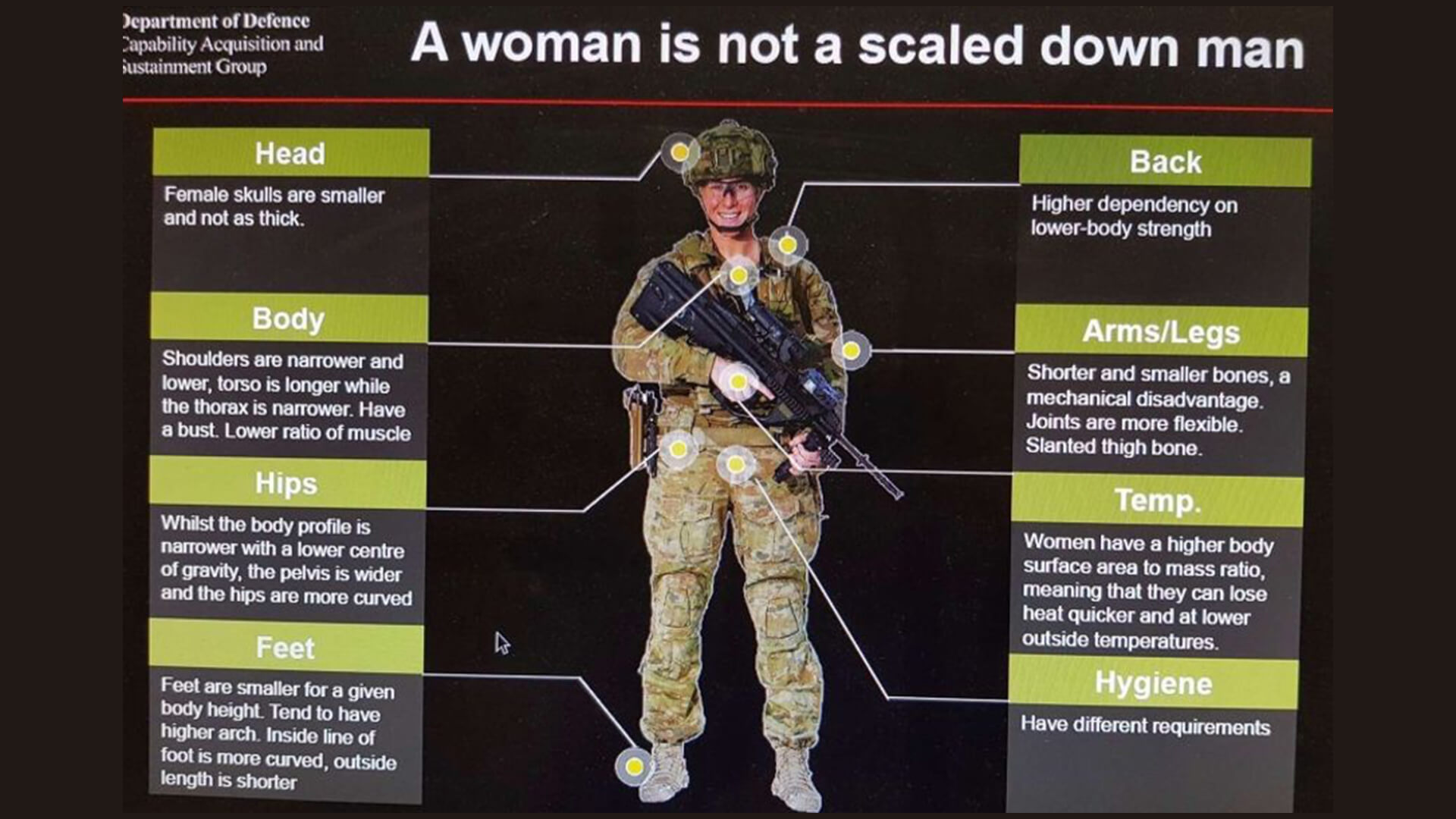 The Australian Defence Force recognises gender fluidity is not practical, or relevant, when it comes to women in combat. A recently circulated slide states “A women is not a scaled down man.”

The slide points out many physical and biological differences between men and women that impact on combat gear. Ideology is meaningless when it comes to the functionality of uniform and equipment. Women have different needs to men and no amount of political posturing can change that fact. 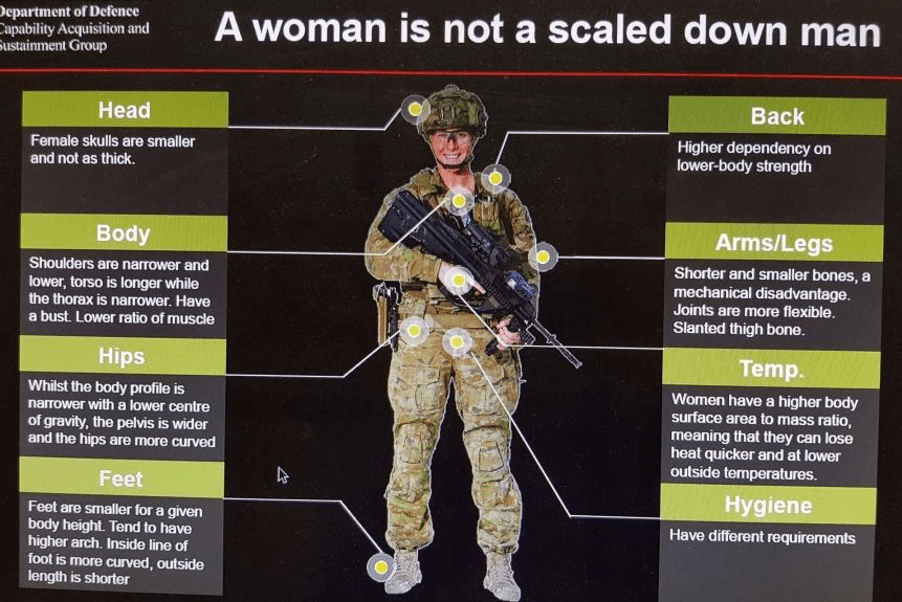 According to the ABC the slide came from a

"Women in Combat" presentation [that] was given to military leaders on the "development of combat equipment, including helmets, boots, body armour and field equipment that are more suitable for female ADF personnel".

A defence spokesperson says the address "also included feedback received from female ADF members, which is being used to inform potential improvements to the equipment supplied to them".

Kirralie Smith, Binary spokeswoman, said it pointed out the obvious.

“Men and women are different. Each have vital and essential roles to play, but they are not the same. Gender ideology must be put aside for the safety and effectiveness of our soldiers.”