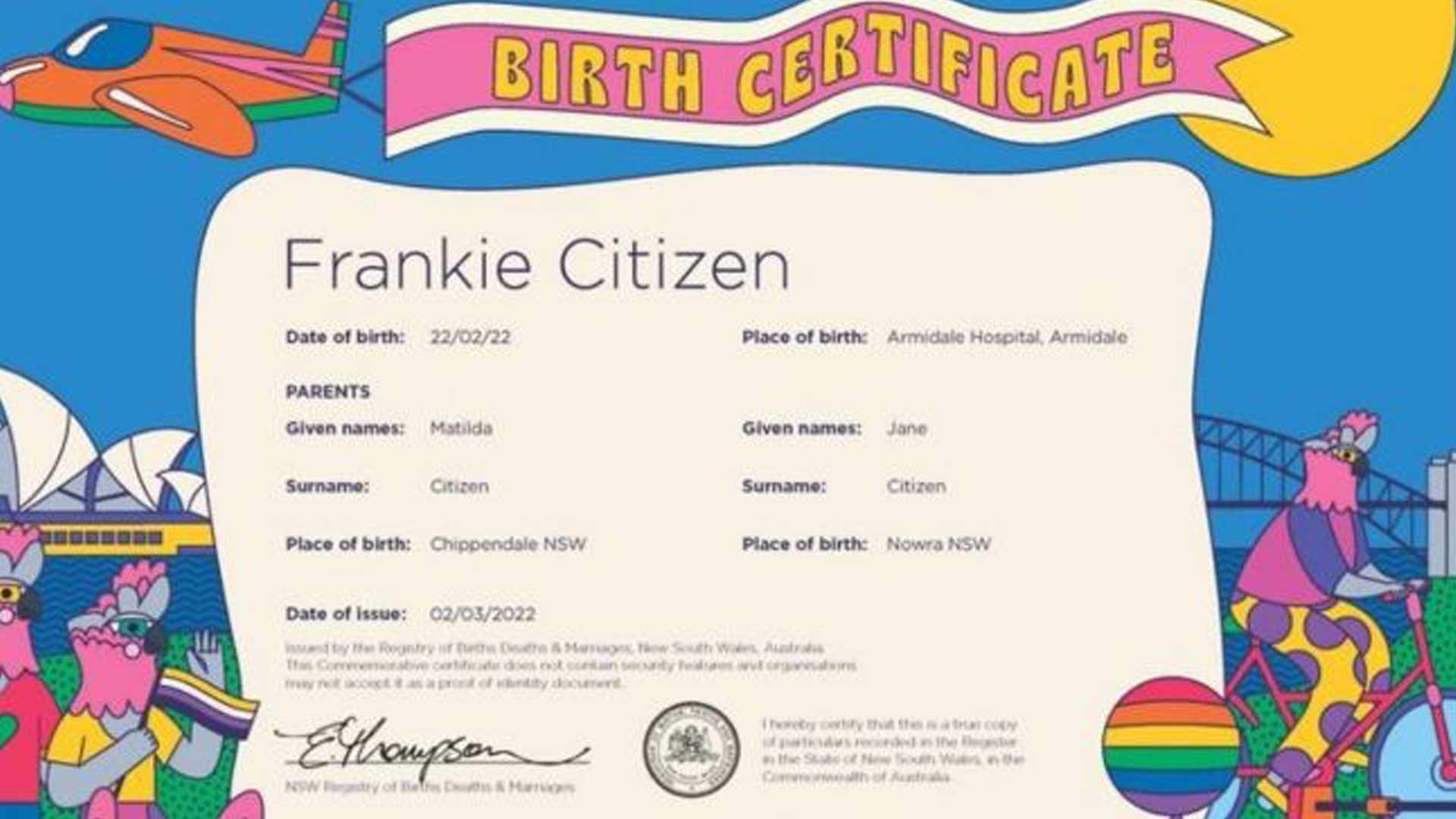 The NSW Births Deaths and Marriages Registry has been caught out wasting tax-payer money with a “genderless” commemorative birth certificate that has been called “woke nonsense”.

One Nation MP Mark Latham questioned the move revealing the $41 certificate has only been purchased by 12 people. In state parliament Latham went on to ask “why public servants are “wasting time” on “gender politics” that cost the agency $9257 in artwork and production fees. The certificates are purely for show and cannot be used as proof of identity.

“All this virtue signalling in the public sector ends up being a waste of time, a waste of money and for what?” Mr Latham said.

“Twelve people out of 7.5 million people in the state?

“We just want the public sector to do its day job.

“It defies what most people would regard as the point of a birth certificate, to identify the individual, their date of birth and gender.”

Binary spokeswoman Kirralie Smith raised concerns about harms to children over time with gender being erased.

“This is another step in the appropriation of sex and it will cause harm and confusion for our children,” she said.

“Gender ideology is being imposed in all areas of society and ultimately activists want birth certificates, official documents of identity that rely on facts, to be documents that express feelings rather than fact.

“Gender the way activists use the term, is more like the expression of personality. It has nothing to do with biological reality, it is grounded in a political ideology.”