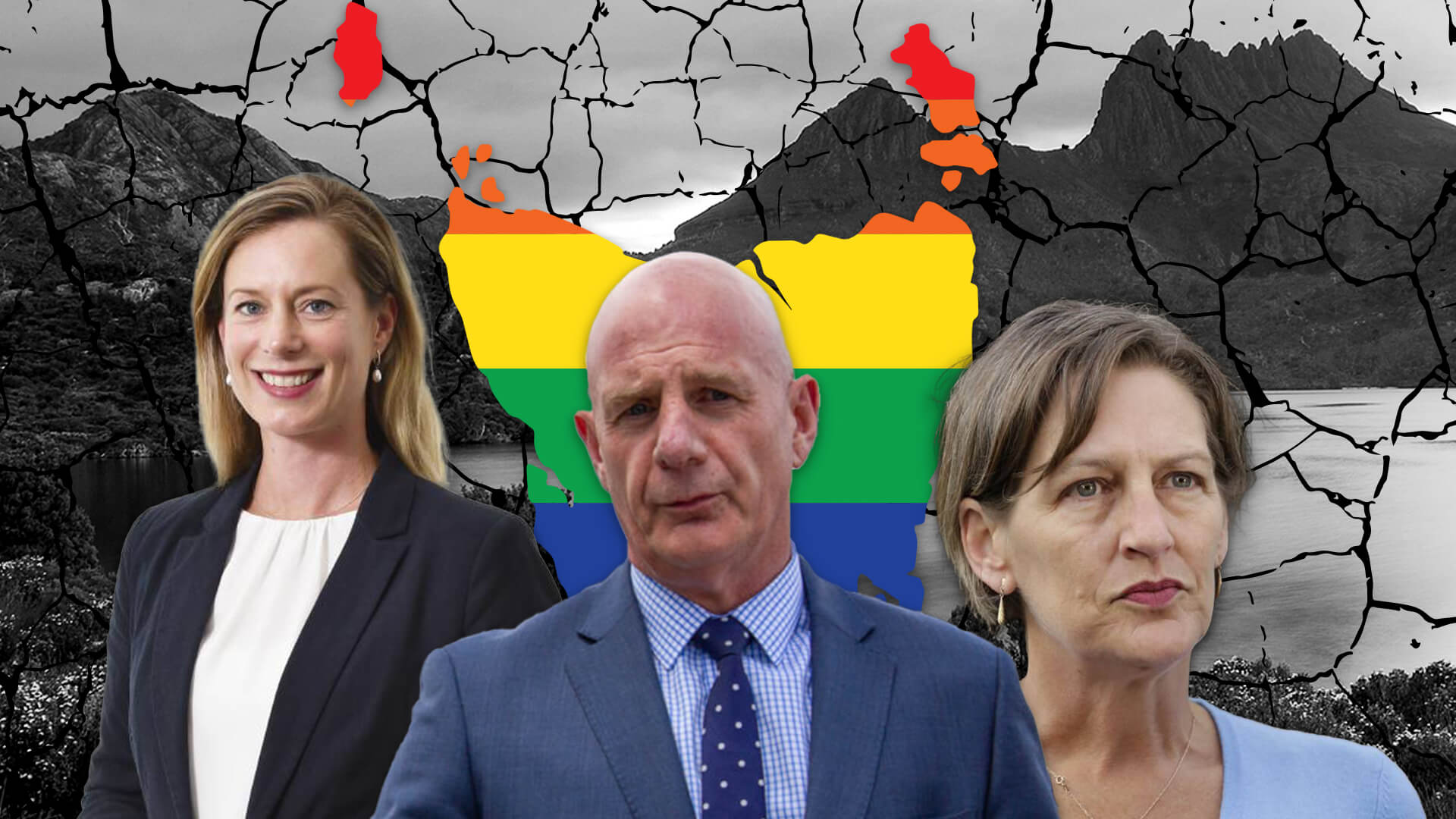 Rodney Croome of Equality Tasmania has asked candidates of the major parties in his state a series of questions to determine their stance on LGBT+ issues.

The results posted by Croome reveal there is very little difference between Labor, Liberal and the Greens when it comes to even the most controversial policy positions.

When asked “Will the party look to prohibit LGBTQIA+ conversion practices in Tas?” Labor said they would “criminalise these dangerous practices” and the Liberal party said they would remain open to reform. The Greens stated, “Yes, the ban on conversion practices is Greens' policy. It is homophobic, religious whackery dressed up as "healing". This is despite there being absolutely no evidence that harmful so-called conversion therapy treatments are being conducted in Tasmania.

All three parties strongly “support the retention of the Anti-Discrimination Act in its current form”. This means women are disadvantaged as biological males can have access to women’s sports and spaces.

Labor and the Greens are proud of their role in introducing extreme laws that favour transgender people over women’s rights and the Liberal party affirm they have no plans to challenge the laws that make self-identification easy in Tasmania.

There is virtually no difference between the three when it comes to policies to compensate those convicted under historical LGBTQIA+ criminal records and the imposition of workplace policies that promote the radical gender agenda.

Binary spokeswoman, Kirralie Smith, said the scorecard reveals the three parties are increasingly moving to the left when it comes to their policies.

“Once upon a time there was a clear distinction between the Labor and Liberal parties with the Greens being on the extreme left. According to this questionnaire, the three parties are almost interchangeable when it comes to this policy area. Not one of these parties is standing in defence of women’s rights, all have succumbed to the aggressive lobbying of trans groups that conflate sexual orientation with gender identity.”