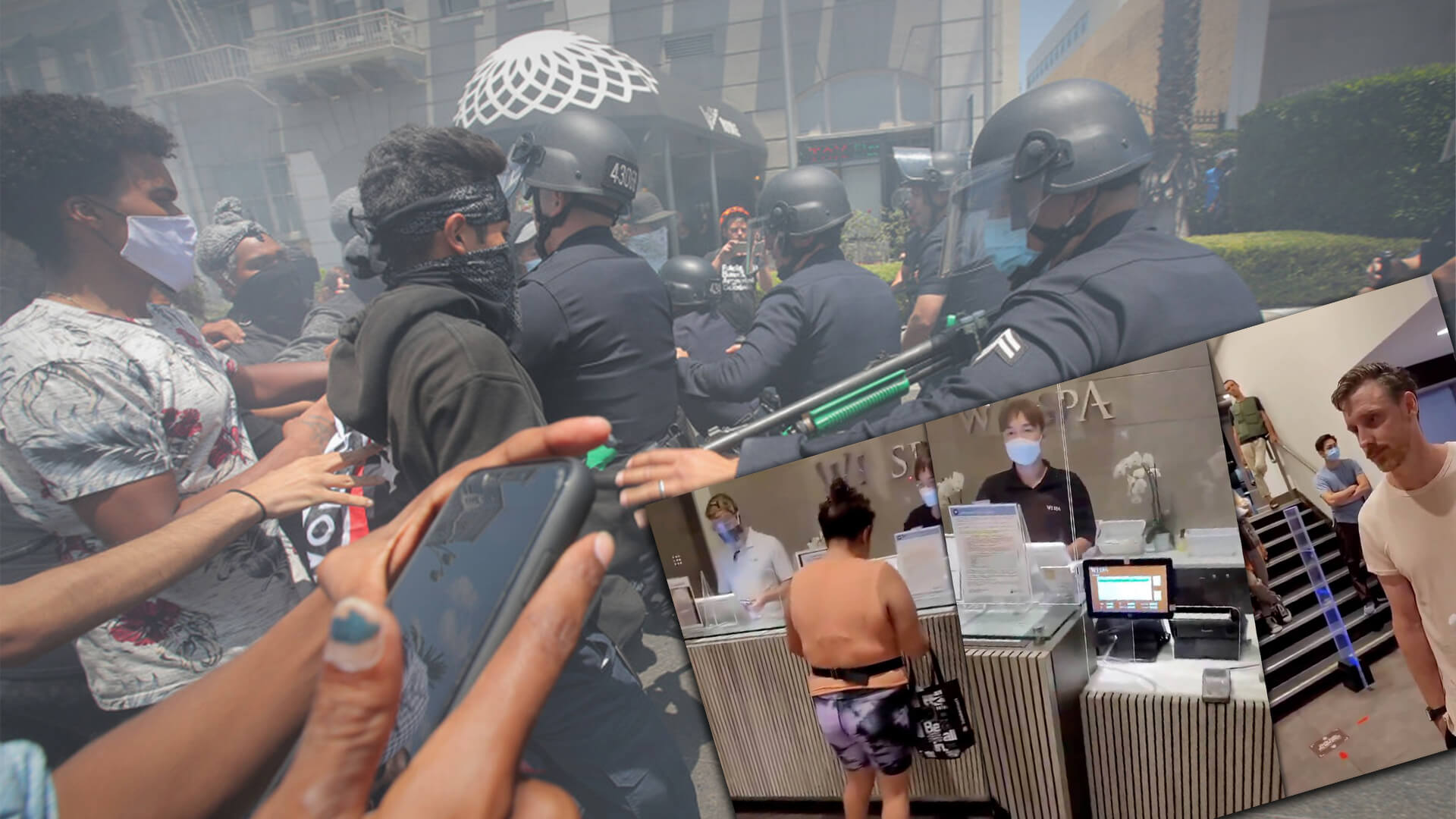 A mob of trans extremists and their supporters turned violent as they opposed a group of protesters at WiSpa in California. The protesters were upset that the spa had allowed a male to expose his penis in the female area, excusing his behaviour as he ‘identified’ as a woman.

Black-clad counter-protesters — including one wearing an “Antifa” flag as a cape — clashed with demonstrators outside a Los Angeles spa where a customer complained that a transgender woman exposed their penis in front of children, photos and video clips posted on Twitter show.

A man wearing a blue T-shirt with the words “OBEY JESUS” had his head split open when he was set upon and battered by several “black bloc” assailants after he pushed a counter-protester.

One of the attackers was recorded swinging a skateboard at the unidentified man during the fracas Saturday.

Videos show the appalling behaviour and the aggressive nature of the counter-protesters. They unapologetically believe males have a right to expose themselves to women and children if that is what they feel like doing.

WiSpa said they permitted the male in the female area because California law “prohibits discrimination against transgender and gender non-conforming people.”

Kirralie Smith, spokeswoman for Binary, said the extremists have gone too far.

“The counter-protesters, and the law, unapologetically discriminate against women,” she said.

“They affirm that males have the right to do whatever they feel like without regard for women’s feelings, safety or privacy.

“They have proven to be violent and aggressive as they try to impose their agenda on the rest of society – at the expense of women and children.”