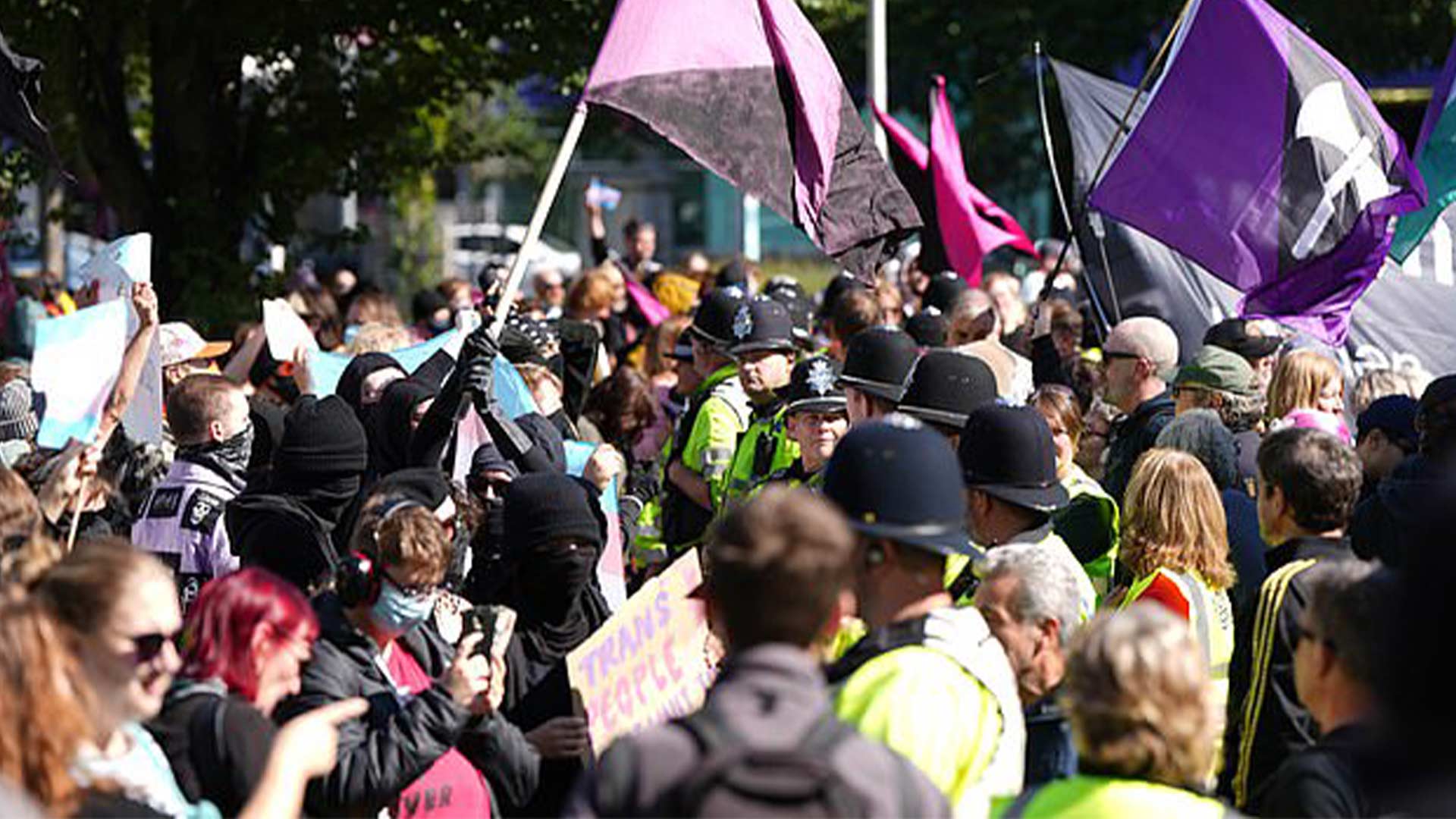 A mob of angry men, some dressed up as women, have been outnumbered at a “Let Women Speak” event in Brighton over the weekend.

They made a spectacle of themselves causing disruption, throwing smoke bombs and howling in attempts to try and stop women from speaking.

Pathetically many even covered their faces as they threw tantrums two-year-olds would be proud of. Two arrests were made, one for suspicion of assault and another for obstructing an officer.

Kellie-Jay Keen, also known as Posie Parker, spoke at the event, along with Maya Forstater and other women who have been harassed, targeted and abused by trans activists online, in the workplace and in court. Prior to the event Keen said,

'I have been called a Nazi for saying I don’t think women have penises. Once you can portray someone as the most heinous person in society – a Nazi – I guess anything goes.

‘I have had a lot of threats over the years, I have been told about how they hope my children get cancer.

'Sadly, it’s not unusual for trans activists to issue threats about women wanting to talk about our rights – JK Rowling is a prime example of that.

‘We are subjected to a wide range of menacing messages.

‘I think the whole social media thing depersonalises people as well. We have been dehumanised by the term TERF. There are some quite disturbed people within that group, like others I guess.

‘It’s a very effective campaign that we are supposed to believe that men that want to call themselves women are the most vulnerable group in society.As video footage and photos from the event emerged, author JK Rowling took to social media and tweeted: “I see the Be Kind brigade are once more hiding behind their black masks, throwing smoke bombs, screaming ‘scum’ at women speaking up for their sex-based rights and howling abuse at lesbians for not doing d**k.”

Kirralie Smith, spokeswoman for Binary, also noted the extreme lengths the trans activists go to for their ideology.

“It is incredible that trans activists cannot see the harm they are doing by carrying on like this,” she said.

“These males are aggressive and violent, all the while expecting the public to accept them as women.

“They display zero tolerance for truth and will go to extreme lengths in the name of their political ideology. It is dangerous and offensive and their behaviour is unacceptable.

“The media fuels the fire by reporting fiction as fact and promoting the trans narrative as valid. No one can change sex. It is time to stop reporting as if they can.”