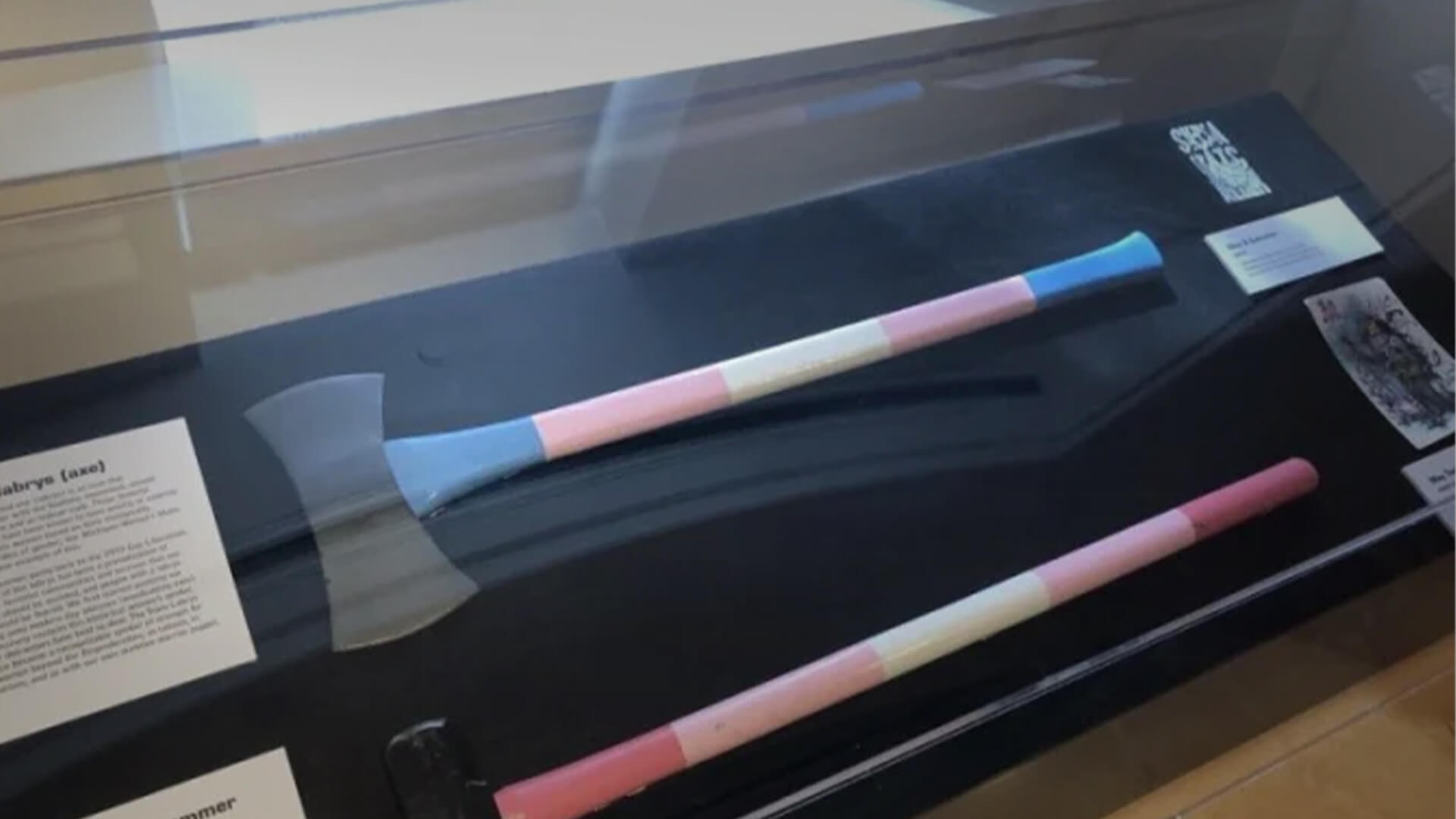 A public library in the US is hosting a disturbing exhibition that incites violence against women who defend and promote biological, sex-based rights.

The display has been funded by the non-profit group “Friends of The San Francisco Public Library”. The display was created by The Degenderettes, a group led by Scout Tran Caffee, who founded Trans Dykes.

Materials include riot shields inscribed with the slogan “Die Cis Scum.” Cis is a transgender community term, generally used as a slur, for non-transgender people.

From the exhibit manifesto:

“The Degenderettes are a humble and practical club, fighting for gender rights within human reach rather than with legislation and slogans. Their agit-prop artwork has come to permeate internet trans culture, national television, and headlines as far as Germany.” (From the San Francisco Public Library website.)

A panel discussion is planned for May that includes a contributor who refers to himself as “Mya ‘I Punch TERFS’ Byrne” (Jeremiah Birnbaum) and  “Male butch dyke” (Uriah Ezri Sayres Cantrell).

After receiving complaints about the incitement to violence the library removed the t-shirt that calls people to punch feminists but has not removed the weapons or other offensive materials on display.

“By all means let's have a debate about gender fluid ideology, but to incite violence against anyone who holds an opposing view is unacceptable,” she said.

“It would be interesting to know if the public library also allows opposing views to be expressed that defend and promote biological, sex-based reality?”