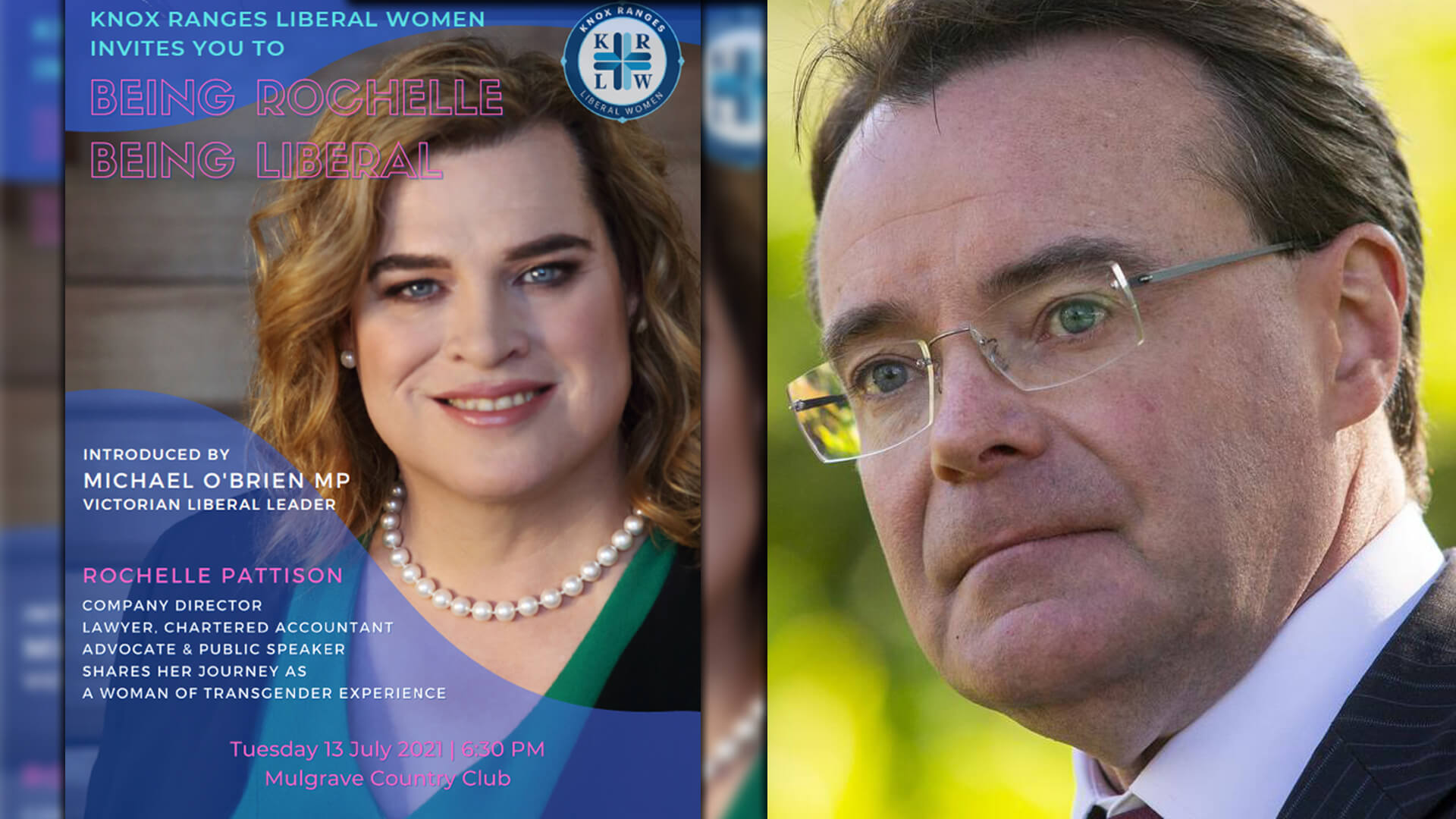 Knox Ranges Liberal Women will be hosting an event in July, featuring a transgender woman. That is, a man who identifies as a woman.

The flyer states that Pattison will describe his experience as a transgender woman.

In a number of YouTube videos, he refers to his transitioning story, relying heavily on stereotypical feelings and superficial appearances to claim he is now a woman.

In a one-minute clip he remembers sitting in his car and taking a blue pill for the first time that began his journey of “becoming a woman”. He goes on to describe how he believes estrogen has given him the “best traits” of being a woman because he now feels calmer, listens better and connects with others more easily. The stereotypical description of a woman is not evidenced by reality and relates more to personality traits than the wide-ranging umbrella term for how a woman feels or reacts in certain situations.

In a longer video Pattison describes the first time he “paid to be fully transformed into a woman.”

He describes squeezing into lingerie, wearing a long skirt, high heels and makeup, especially requesting bright red lipstick - as if somehow these actions provide evidence of his ‘womanhood’. No man has ever become a woman because it is impossible to re-write the DNA of every cell in a person’s body. Not to mention natural hormone production, a male reproductive system and gamete production.

In summing up his little speech he says, “Some people still see me as a man in a dress, but I don’t.”

How a person perceives themselves is their business, but to expect the rest of society to go along with a science-denying, stereotype-reinforcing agenda is another thing altogether.

How can Pattison prove he is anything other than a man in a dress? Drug taking to mimic one aspect of being a woman doesn’t magically, or scientifically, turn a person into the opposite sex. Putting on a woman’s costume doesn’t make a person a legitimate woman either.

Binary spokeswoman, Kirralie Smith, said it was staggering the Victorian Liberals were championing the transgender agenda.

“Transgender activists deny women their sex-based rights, privacy, spaces and services by insisting they are women too,” she said.

“The Knox Ranges Liberal Women would do better to spend time defining the term ‘woman’ to protect all that has been hard fought and won throughout the past century.

“These women would better serve other women by discussing the unfair and unsafe playing field in many sports because of the trans agenda.

“Males are now entering women’s prisons, change rooms, shelters and services by insisting that they must be accepted because they fulfil a rigid and out-dated stereotype of what a woman is.”