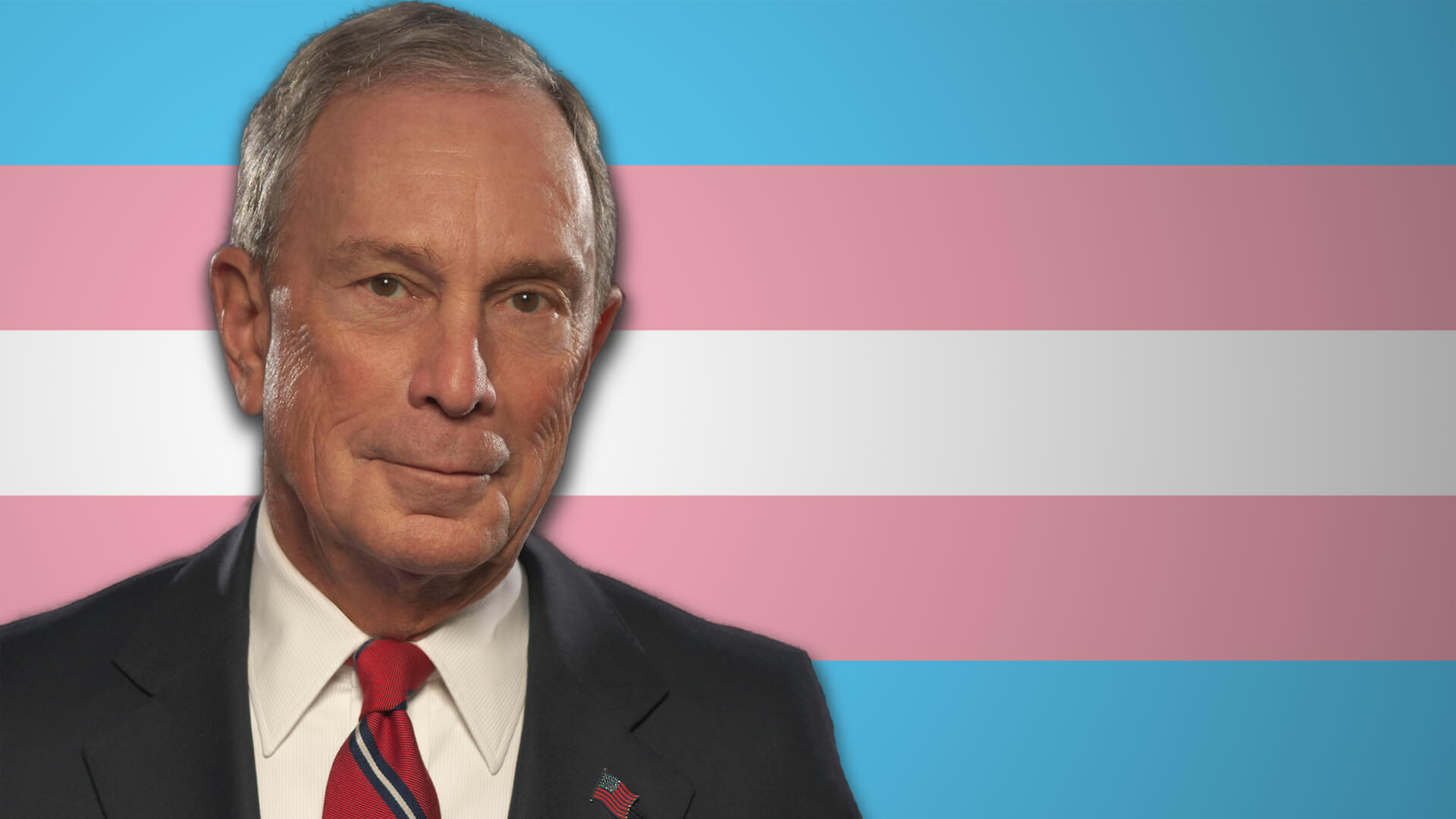 A controversial video of US Presidential hopeful, Mike Bloomberg, has surfaced the same day a new campaign ad was released. The pro-LGBT ad was accompanied by a tweet, “I will always stand with the LGBTQ+ community.”

In contrast, a newly unearthed video that was taken in 2019 has been published on Buzz Feed. In the video Bloomberg makes some very reasonable and insightful comments.

“If you go to the middle of the country . . . (and) your conversation during a presidential election is about some guy wearing a dress and whether he, she, or it can go to the locker room with their daughter, that’s not a winning formula for most people,” he says in the video.

He goes on to say in the video that Democrats vying for the presidential nomination should avoid talking about transgender people on the stump altogether, suggesting Mr Trump … may have been elected in part because of such conversations.

“You can understand where somebody like Trump comes from,” Mr Bloomberg said. “You can understand when you look at the Democratic Party, they are so far Left that two years ago there was nobody on their side who would take these positions, and today virtually all the candidates for president of the Democratic Party are so progressive. I don’t know what progressive means.”

Facing heavy criticism over the video a “spokesman pointed to the former mayor’s record of supporting transgender rights, including his signing a “sweeping transgender civil rights Bill into law” in 2002 and, as a presidential candidate, releasing “a plan to secure rights for transgender Americans.”

Binary spokeswoman, Kirralie Smith, agreed that jumping on the trans train is not a winning formula for an election.

“Bloomberg is the first Democrat to acknowledge what everyday voters actually think. Even though he is now back peddling, he was right. It isn’t a winning formula to promote the rights of blokes in dresses over girls and safe spaces. It is one or the other.”

“Politicians need to understand they can’t sit on the fence. Either it is protecting vulnerable girls and women in sport, changerooms, business, public service, prisons, etc or it is advocating for the rights of men in dresses.”