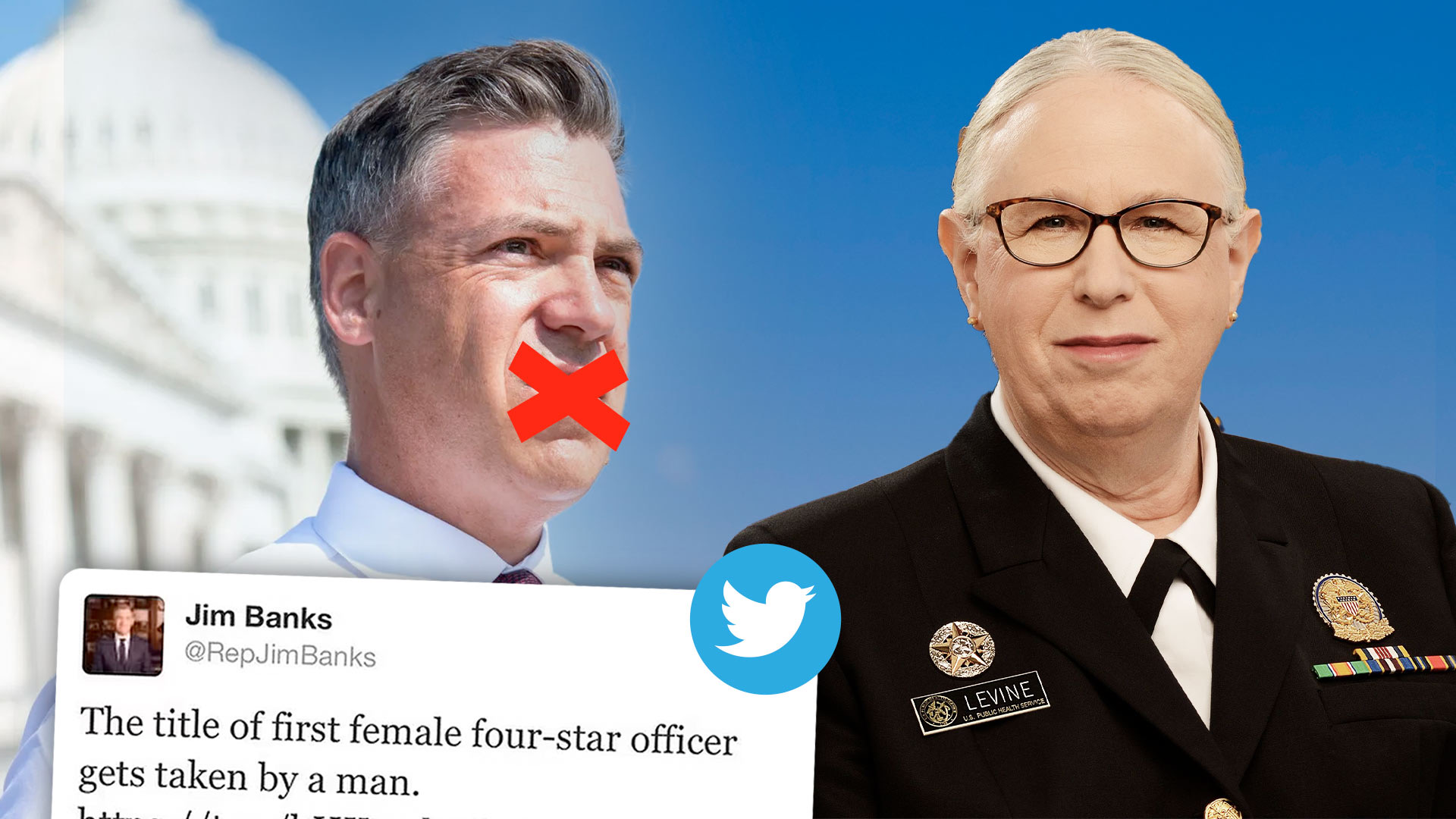 Twitter has, once again, taken it upon themselves to redefine facts and truth. Denying science: the ‘fact checkers’ prefer to uphold an extremist political ideology over reality.

US Republican Representative Jim Banks was suspended from the social media platform for referring to Rachel Levine as a man. Levine was recently promoted to admiral in the Public Health Service Commissioned Corps. He is transgender, that is, a man who appropriates womanhood. Levine refers to himself as female – a scientific term for a person who produces large gametes (eggs) – despite the fact he is male.

Levine is not female and no amount of costume wearing, drugs or surgeries can turn him into a female.

Even so, Twitter has deemed it “hateful conduct” to point out the truth.

Rep. Banks refused to be intimidated, stating via another account he “had written a ‘statement of FACT’ and that “Big tech must be held accountable!” The Indiana representative said he'll be tweeting from his personal account from now on, promising “[he] won’t back down.”

“I also tweeted that Levine is a bloke who claims to be female: a lie that denies science,” she said.

“It is unbelievable that people are actively penalised for stating the truth. Faceless Twitter lords are promoting misogyny, rejecting scientific fact, and censoring truth. It is very disturbing.”