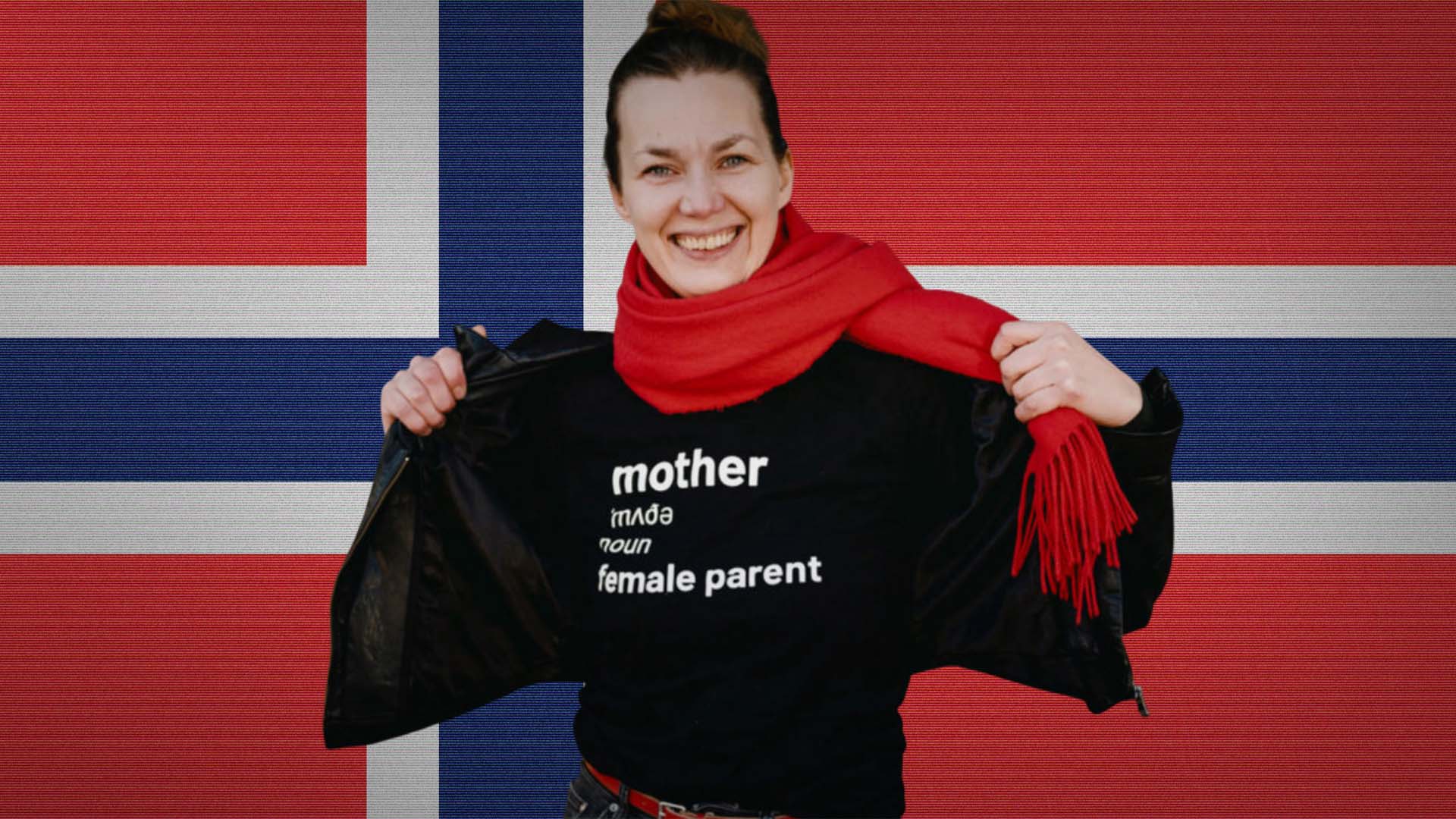 If you dare to state the truth that men cannot be lesbians, you could end up in jail in Norway. Norway has a “gender identity” law which means anyone who adheres to biological reality as fact can be charged for committing a “hate crime”.

Christina Ellingsen, from the feminist organization Women’s Declaration International (WDI) is being accused of committing a hate crime for two posts she made on Twitter.

Both were directed at Christine Marie Jentoft, a male who appropriates womanhood and claims to be a lesbian. He is a part of a trans activist group known as FRI.

Ellingsen, if found guilty of a hate crime, could face up to three years in prison.

“Why [does] FRI teach young people that males can be lesbians? Isn’t that conversion therapy?” Ellingsen tweeted in October 2021.

A second tweet that has been cited as evidence of hate speech reads, “Jentoft, who is male and an advisor in FRI, presents himself as a lesbian – that’s how bonkers the organization which supposedly works to protect young lesbians’ interests is. How does it help young lesbians when males claim to be lesbian, too?”

Adding to the controversy, Ellingsen responded to a tweet Jentoff made about being a mother.

“Dear queer children of all ages! I know some of us have parents who don’t love us any more. But thanks to a [Facebook] video I have just seen, I just want to inform you that I am actually a certified mother. So if you ever need a real motherly hug, I will be happy to oblige!” Jentoft wrote.

Ellingsen appeared on a television program stating a man cannot be a mother.

“You are a man. You cannot be a mother,” Ellingsen had said, “To normalize the idea that men can be mothers is a defined form of discrimination against women.”

Ellingsen is of course correct. Even the law in Norway supports this fact, defining a mother as the “woman who has given birth to the child.” FRI wants to redefine reality and is lobbying the government to make the law “gender neutral”.

The feminist activist is outraged that males who appropriate the female sex have more protections that actual females.

“I am under police investigation for campaigning for women’s rights, because to certain groups, the fact that women and girls are female and that men cannot be women, girls, mothers or lesbians, is considered hateful,” Ellingsen told Reduxx.

“The fact that police are legally able to investigate and persecute women who engage in women’s rights, is concerning. This is new territory in Norway, so the outcome of the investigation is important, both if the case is dismissed and if it leads to trial.”

This is not the first time a person has faced charges like this in Norway. Last year, a man was sentenced to 21 days in prison and fined for “insulting” and “misgendering” a trans-identified male on Facebook.

Conversion Therapy laws that have been introduced in several Australian states could lead to this very scenario as well.

In Victoria it is considered a criminal act to pray for or discuss with, a consenting adult, anything but “affirmation” treatments.

Greens and Labor politicians at a federal and state level have consistently affirmed that anyone who identifies as a woman is a woman. Australians need to watch closely as these same politicians move toward making truth speech, hate speech.