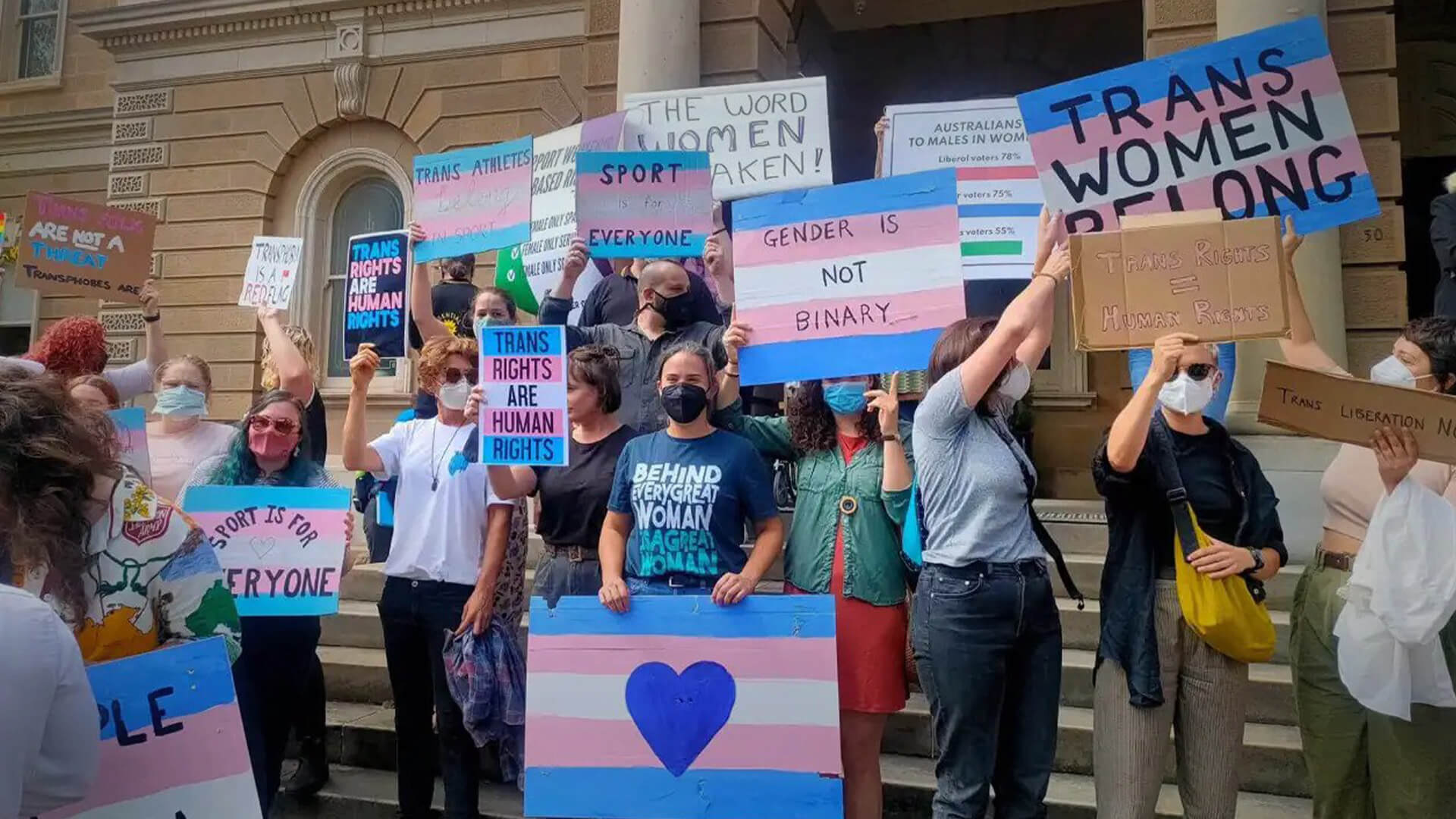 A forum held in Hobart over the weekend attracted a large number of transgender protestors and their supporters.

The Coalition for Biological Reality hosted the townhall discussions defending and promoting the reality of sex-based rights.

The forum was titled “Gender Identity in Law”, with speakers from a variety of backgrounds including health, law, politics and advocacy. It came on the back of Senator Claire Chandler’s introduction of a bill to protect women’s sport.

According to the forum’s description, speakers would be outlining "why we need a national inquiry into gender identity law reforms, and the need to amend the federal Sex Discrimination Act and State/Territory anti-discrimination laws".

Bronwyn Winter, from the Coalition of Activist Lesbians attended the forum, and spoke at a press conference before it began.

She said: “no one in this forum wants to tell consenting adults what they should or should not do with their bodies.

“The women in this forum are talking about women’s sex-based rights, and the rights of children to be free from unnecessary and harmful medical interventions on their bodies.”

“My bill won’t prevent sporting organisations from offering other types of sporting competitions that can ensure that everybody is included,” she said.

SBS and other media outlets falsely reported the number of attendees claiming only 90 were registered.

On the organisers Facebook page it was stated 190 people attended the forum and many more joined to watch online.

Cate Warren, an attendee of the counter rally, repeated the nonsensical mantra that anyone can be a woman.

Binary spokeswoman, Kirralie Smith, said it is important not to be intimidated by the media narrative.

“This incredibly important conversation must be had, regardless of media lies and intimidation by trans activists,” she said.

“Biology matters and it is essential that medical professionals, legal experts, politicians and the general public are able to engage in this debate.

“Women face devastating consequences if males are permitted and encouraged to appropriate womanhood without critical analysis of the effects.”