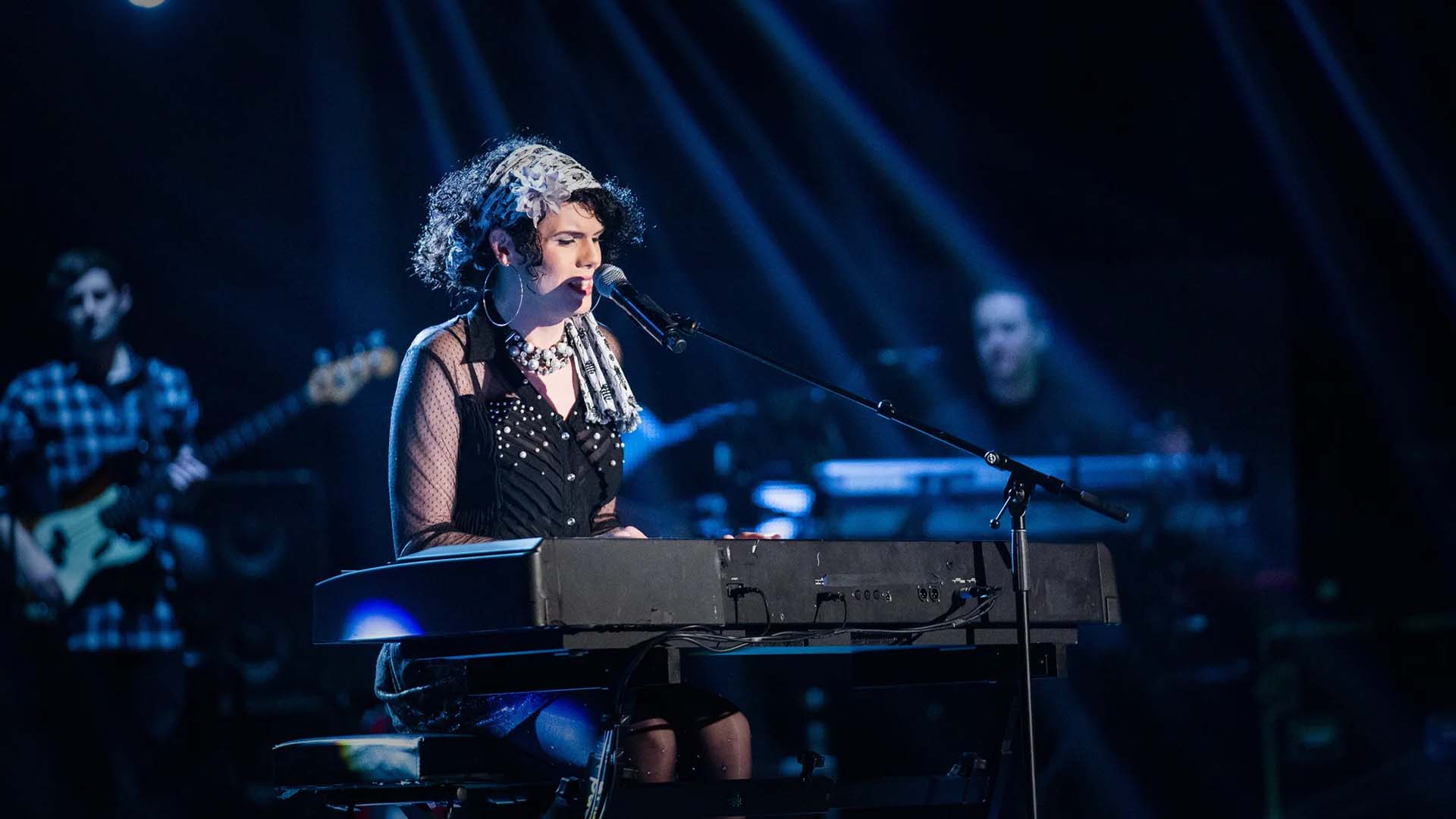 The UK’s Daily Mail online has just posted at article headlined “Moment transgender singer strips NAKED live on Channel 4 and plays the keyboard with her PENIS ”.

There are so many things wrong with this headline it is difficult to know where to start.

Women do not have a penis.

A man stripping naked on live television. Again, no. Just no.

Playing a keyboard with genitalia. No. Just no.

Jordan Gray, a male ‘comedian’ sang a song about being transgender, full of expletives, before stripping in front of the audience and continuing to play. It was a part of a show celebrating 40 years for Channel 4.

Before the performance, Gray, who was the first transgender singer on talent show The Voice in 2016, told her Twitter followers: 'Tonight we make history.'

She opened the song with the lyric: 'I look out in the faces in this room, and wish that I could crawl back in the womb.

'And start again, against God's plans, with different glands and smaller hands.'

The dark curly-haired comedian added: 'I wish the world could finally understand: I'm more than just a female Russell Brand.'

As the song draws to a close, she tells the audience: 'You know the best thing about live TV? I can do stupid stuff like this!'

She then jumps up from the piano before counting down 'one, two, three' and ripping off her suit and exposing herself entirely.

After dancing around stage the naked comedian returns to the keyboard, shouting 'see you Friday at the London Palladium b*****s' and briefly plays a few keys with her penis.

“The level of vulgarity and stupidity the public is expected to endure to appease transgender activists is beyond ridiculous,” she said.

“A ‘she’ cannot have a penis, women do not have male genitalia.

“Making a mockery of women is being celebrated and promoted as fact. If a ‘straight’ male did the same thing he would be heavily criticised, and rightly so.”

“This is simply obscenity and outright lies.

“Calling him a “her” and celebrating his crude behaviour confirms the level of absurdity required to accept this extremist ideology.”