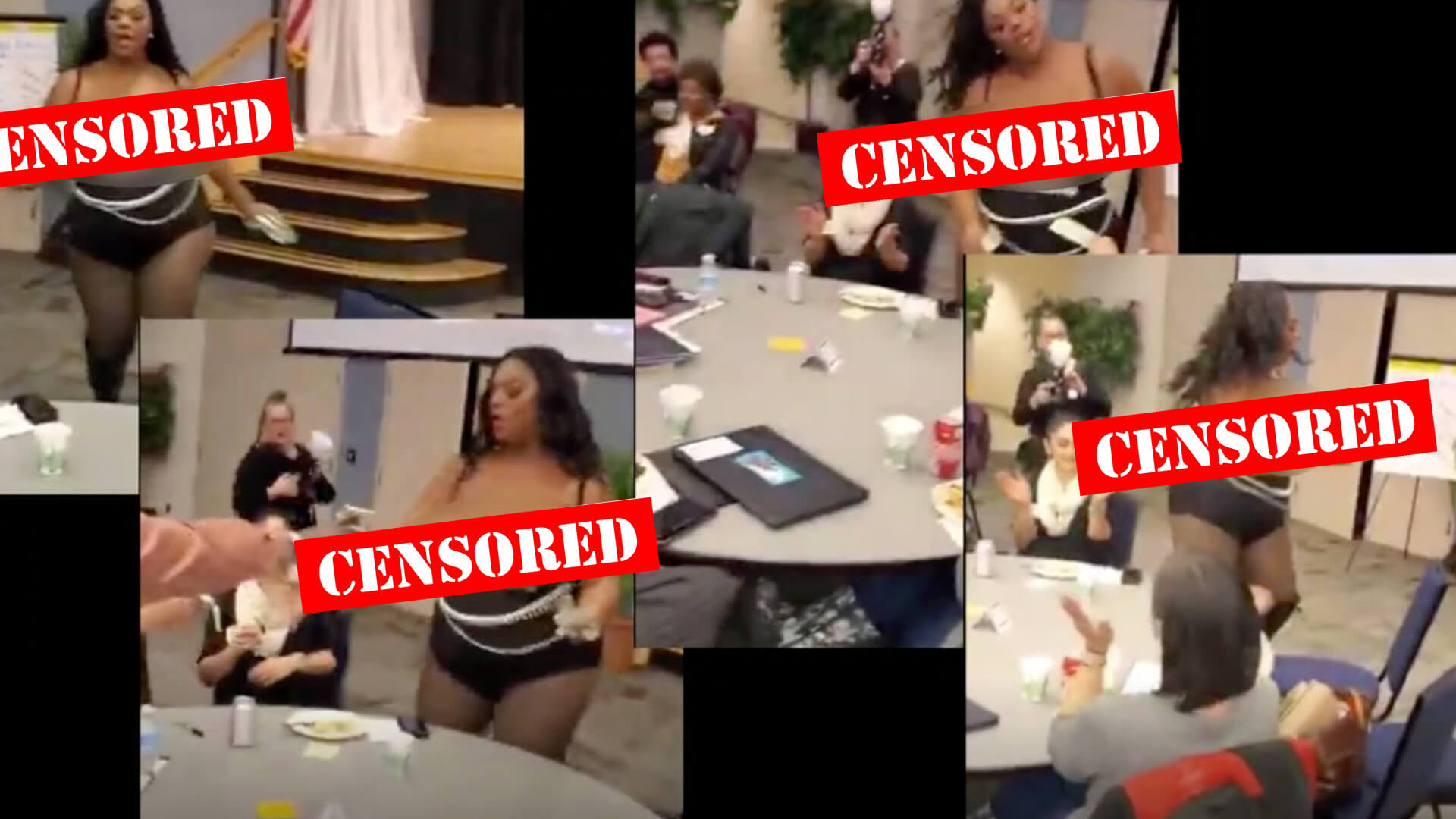 A transgender stripper performed at conference on homelessness in Seattle funded by the tax payer. The director who was responsible is now the subject of an active investigation.

The director of King County’s coordinating agency for homelessness is on paid leave following a dancer’s strip show at the agency’s annual conference on Monday.

Performer Beyoncé Black St. James danced topless in a sheer bodysuit, gave lap dances and kissed attendees, according to a staffer at a local housing nonprofit who attended the conference in South Seattle.

No warning was issued to the attendees other a note on the agenda which read, “Lunch with Cultural Presentation.”

The trans stripper known as Beyonce St. James, can be seen in a video doing high kicks in a revealing bodysuit and with bare breasts covered only by silver pasties.

“Many of the attendees were clearly taken off-guard as the trans stripper removed clothing and kissed people without warning. This is a highly inappropriate use of tax-payer funds. Exposing anyone to this kind of adult entertainment should only be done with their prior knowledge and consent. It certainly should never be referred to as a ‘cultural presentation.’”