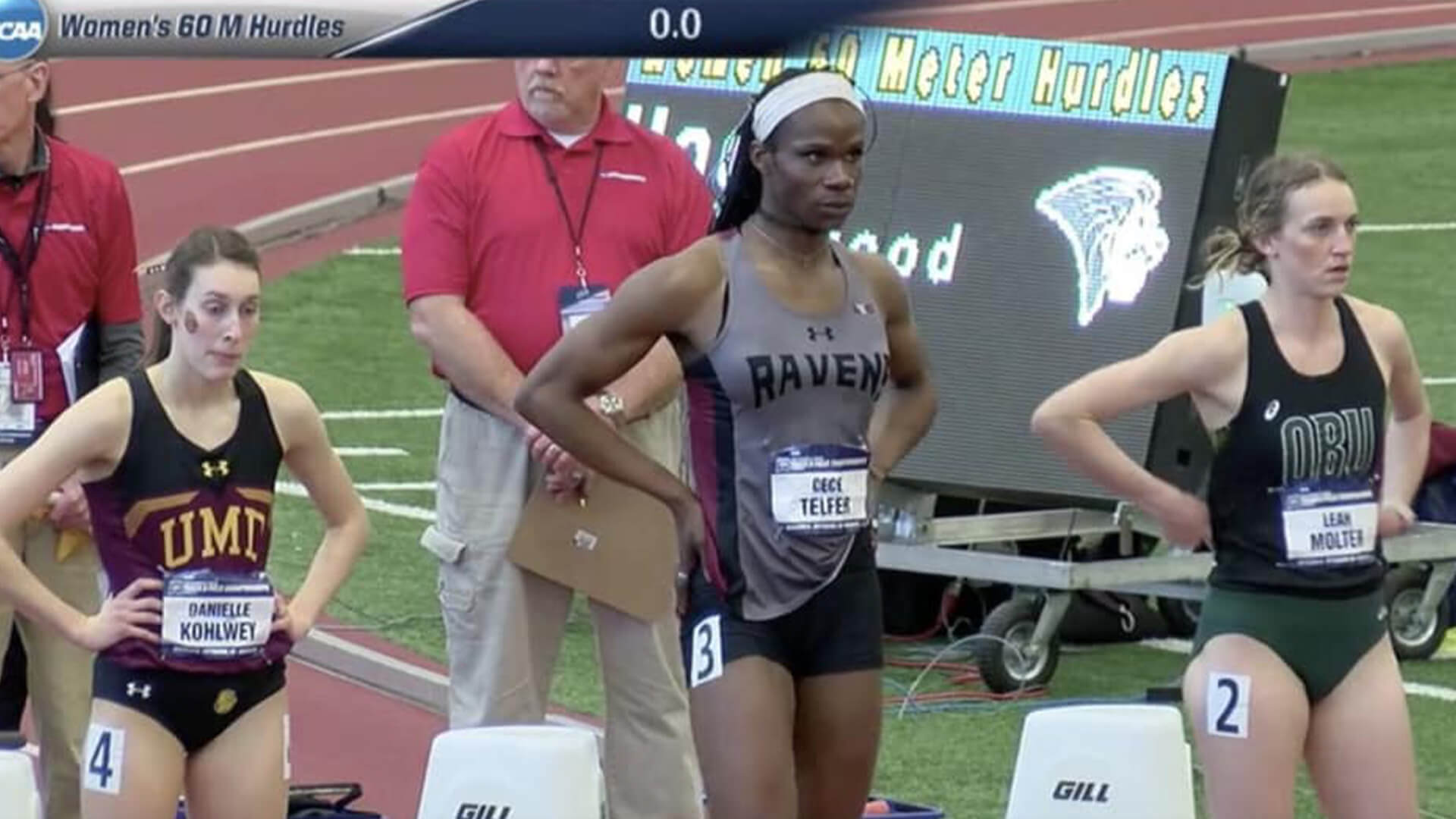 A male has thrashed his competitors in a national female athletics category. Born and raised as Craig, he competed unsuccessfully in track and field events between 2016-2018. He wasn’t even ranked in the top 200 competitors.

Now, identifying as a female athlete, he has won the gold medal in the National Collegiate Athletic Association 400-meter hurdles.

After undergoing transgender treatments, including surgery, he rebranded himself as a female athlete named Cece Telfer. To the horror and dismay of many athletes and fans Telfer has been cleared to compete as a female despite the advantages of experiencing puberty as a male.

National Collegiate Athletic Association has made the decision to allow athletes born as men to compete in the women’s division if they undergo hormone therapy or other measures that suppress their body’s production of testosterone, which Cece Telfer certainly has done. They have to undergo this process for a full calendar year before they can qualify for competition in the women’s division.

Telfer won the 400-meter hurdles with a time of 57.53 seconds. The person in second place completed the course in 59.21 seconds, which is pretty far behind in a running race of this length. Besides her victory in this race, Telfer also earned the All-American First Team honors because she finished in fifth place in the 100-meter hurdles earlier that same day.

“What a perfect way to remove any incentive for real girls to compete. Here another bloke who has proven what we already know – males have a biological advantage over females. They are stronger and faster than females. Medication, surgery and a name change doesn’t magically turn a man into a woman. This is a disgrace and an insult to all the female athletes in the competition.”