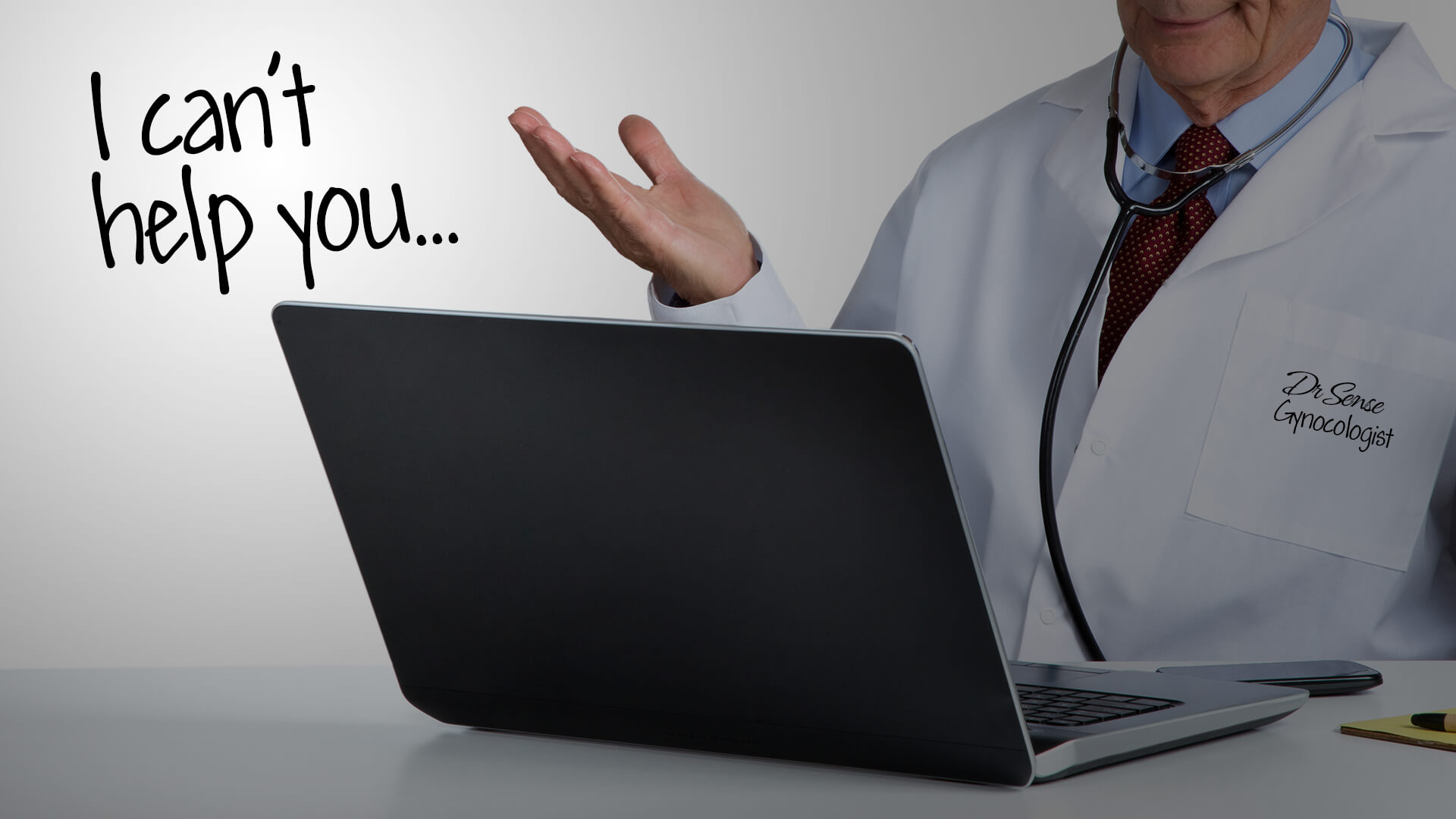 OBGYN’s are obstetrician gynaecologist doctors who practice medicine focussed on the female reproductive system. They spend years gaining their medical degrees and then even more time studying the physiology and medical intricacies of child-bearing, menstruation, menopause, female hormones, the uterus, ovaries, the cervix and other female specific organs. It is not rocket science, OBGYN’s are doctors who specialise in women’s health.

It defies all logic and reason then that a man would file a complaint against a gynaecologist who refused to treat him. Yet, after losing the ‘wax my balls’ case earlier this year, that is exactly what trans activist Jessica Yaniv plans to do.

"So a gynaecologist office that I got referred to literally told me today that 'we don't serve transgender patients,'" Yaniv said Tuesday on Twitter, describing herself as "shocked," "confused," and "hurt" by the decision. "Are they allowed to do that, legally? Isn't that against the college practices?"

Gynaecologists form a part of the multidisciplinary team who engage with transgender and non‐binary patients, either as part of the transition stage performing surgery or managing pre‐ or post‐transition gynaecological problems.

She went on to say the College of Physicians and Surgeons told her that the gynecologist was discriminating against her under the British Columbia Human Rights Code. "So @cpsbc_ca I’ll file a complaint with you today about that clinic. Trans people need to be included, not excluded from society. Pre and post gender affirming surgery care is super important!" Yaniv said Wednesday.

Yaniv made more than 15 complaints about female beauticians who refused to handle his male genitalia under the premise of getting a Brazilian wax. In that judgement the “tribunal found that Yaniv "engaged in improper conduct" and was "disingenuous" and "self-serving."

This latest complaint has echoes of the same thing.

“Having plastic surgery and taking artificial hormones doesn’t magically turn a male into a female. Nor does it automatically mean all OBGYN’s would be qualified to treat a man who imitates being a woman. Yaniv needs to see a transgender specialist, not a doctor who specialises in women’s health care.”